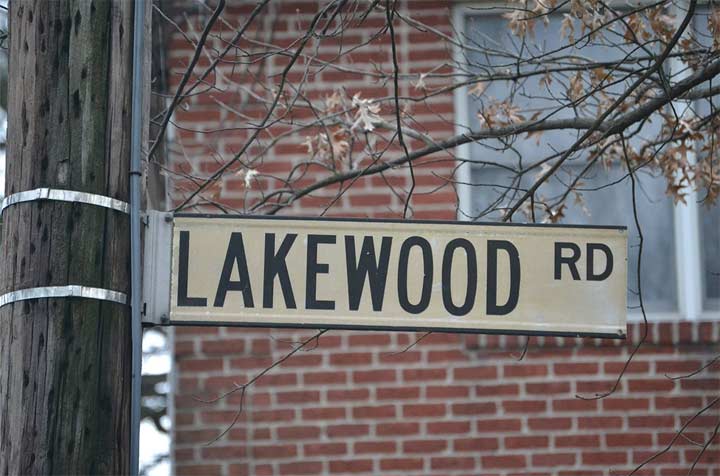 As Kenny Rogers says, you gotta know when to hold ’em and know when to fold ’em. I’m going to withhold specifying the exact location of this street sign in Staten Island, but it’s in one of Staten Island’s nicer neighborhoods on a  street replete with Tudors on large, grassy plots and bordering the Silver Lake Golf Course. Normally I’d be forthcoming with the information, as the Department of Transportation is on one of its periodic street sign purges, replacing signs in Highway Gothic caps (like this one) and replacing them with harder-to-read upper and lower case signs in Clearview Condensed (except, of course, for the signs that have been sun-bleached into illegibility: those will stay until everything else has been replaced. But this one may be harder to find.

Yellow and black signs like this were first installed in 1964 when the then-Department of Traffic bestowed a color-coding system on NYC signs by borough — but Staten Island, the little brother, got the same color scheme as Manhattan. By Federal regulation, green and white signs were then installed in the early 1980s. 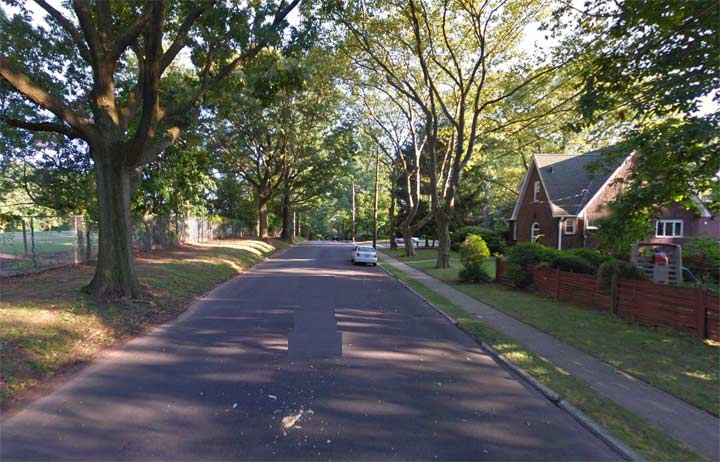 I’ll only say it’s on a section of Lakewood Road where you wouldn’t expect to find a street sign. Let the games begin, DOT!

Not too hard to google-find but perhaps not “noticed” because it’s not an actual intersection?

You just may be correct. I don’t want to assist the DOT.

I grew up in the is neighborhood. It was such a great place to grow up. I miss it dearly.

This Staten Island boy moved to LA a few years ago, and there are tons of towns in So Cal that don’t have green/white street signage. What Federal regulation forced NYC to provide green/white signs when hundreds of other cities do not?

I’m not all that familiar with Staten Island other than a connection between Brooklyn and New Jersey, however Google Maps are undisputedly the best when it comes to locating a street and a street view. I did find the sign, however I don’t think Kevin wants it clearly identified. The sign is pretty well hidden by foliage, and that also may have the reason the DOT has not “found” it. It is located at an identified intersection, albeit the intersecting road resembles a private lane more than a public street, due to it’s bucolic locale and the narrow width of the street.