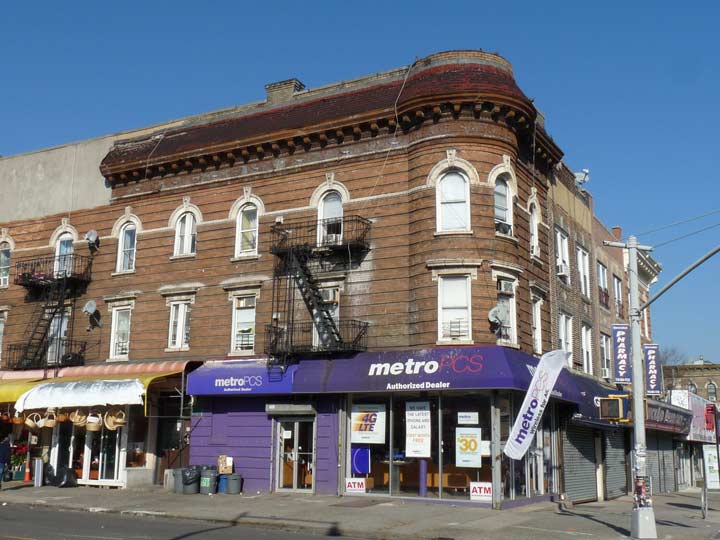 Saturdays in Borough Park, especially around 13th or 14th Avenues, are as quiet as 8 AM on January 1st. My observational senses were especially keen given the lack of traffic cacophony. Therefore, I was surprised to see something I had never noticed on this building on the corner of 13th Avenue and 39th Street — given that I had passed it hundreds of times on a bicycle or going by in a bus. First of all it’s a magnificent apartment house with stores on the ground floor, and heavily lentiled arched windows on the second. Most of the original roof treatment is still intact.  It was on that corner bay that I noticed… 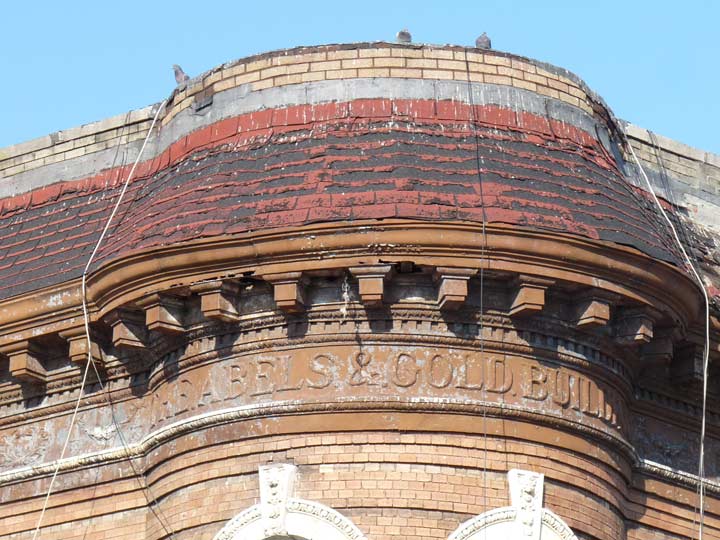 .. some serifed script. It says:

From this, my alter ego, Captain Obvious, would deduct that two persons named Abels and Gold commissioned the building somewhere between, I’d guess, between 1890 and 1910, and the periods after every word are an orthographical affectation — although I’ve never seen periods used quite this way in anything I’d seen before.

Another possibility — slim — is that the period after “THE” indicates that it’s an abbreviation, possibly for “Theodore.”  I’m rereading my now-dogeared copy of Luc Sante’s “Low Life” and within it we meet Bowery saloon keeper The. Allen, known in his day as “the wickedest man in New York” (yes, the title has changed hands many times). Sante does not say that “The.” is short for Theodore, but that’s my interpretation. I think, though, the the first explanation, typographical whimsicality, is the best one.

2/21/16: ForgottenFan Yitzchok Shteierman found an article in a 1907 Real Estate magazine about Mr. Abels and Mr. Gold. As it turns out the period is there as a decoration only, and Mr. Abels’ name was Simon. 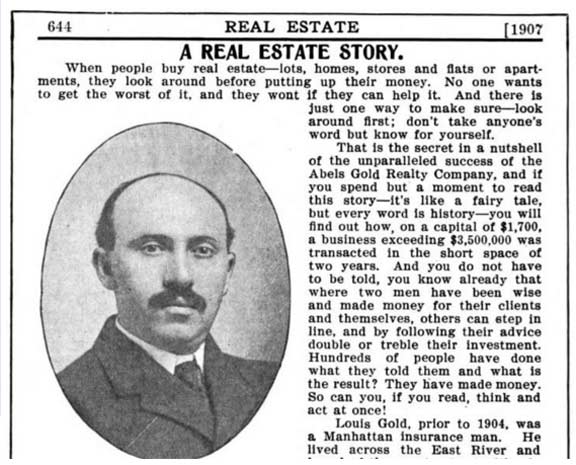 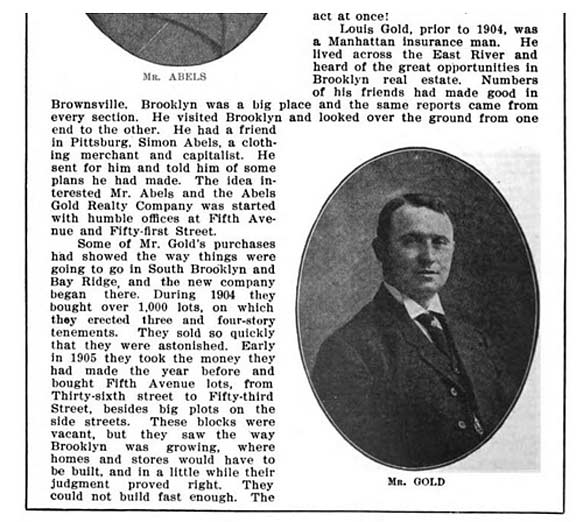 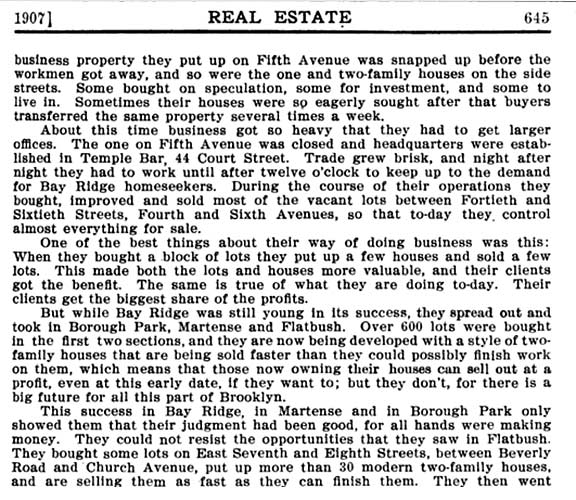 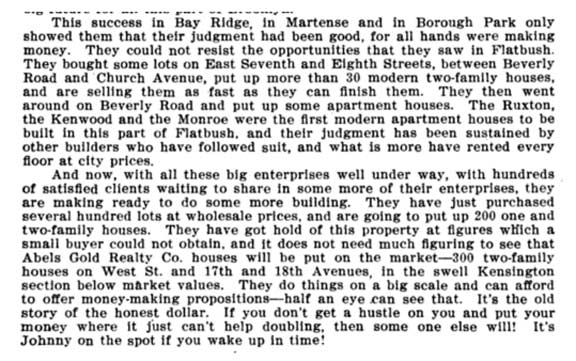 The World-Telegram & Sun had a Saturday morning edition, and my paper route in Borough Park always took twice as long as other days. I was constantly being asked to turn on/off a light, press an elevator button, light a stove, etc. A good introduction to another culture…

Abels & Gold was a real estate company active early in the last century. A Google search for the name will reveal several law suits in which they tried to beat various plaintiffs out of commissions, deposits, etc.

I had researched our house records in New Brighton, Staten Island. The transfer deed dated circa 1910 stated that the land or structure (old deeds describe the property not the house) was sold by Abels Gold Realty Co. of Brooklyn. The “grantee” was Lillian MaGee (not McGee). Her son sold the house to my father around 1961. This is from memory but the Abels Gold name came to me when I read your article. Maybe this tid-bit will help with your research.

Searching the Brooklyn Eagle archives show many references to Abel’s-Gold a prominent realty company in Brooklyn in the early 1900s.

Bethlehem Lutheran Church on 4th & Ovington in Bay Ridge also has periods after each word over the door. (C. 1920s) No idea why.

I remember that corner well, as I would stand and wait for my mother to shop. I stood with the shopping cart. After that, we went to Frankie the butcher, held my nose past the chicken market, Stamlers, for groceries, I can still see the small aisles and the coldcut counter in the back. I remember the owner had blond hair and glasses. Don’t remember her name. On Friday, I stood outside the stinky fish store on 13th between 40th and 41st street. and of course a loaf of Italian bread from Scotto’s.