Red Hook was supposed to erupt in hipsters, and then follow with overdevelopment, in the template of other Brooklyn waterside areas like Williamsburg, Greenpoint and now (apparently) Sunset Park. But so far the rocket hasn’t gotten off the launching pad in Red Hook. It could have something to do with the encroaching Gowanus Expressway or the nearby Red Hook Houses. While restaurants and bakeries have sprung up along Van Brunt, Fairway is near bankruptcy (it will likely be replaced by another supermarket) and IKEA patrons drive in and out, seemingly not stopping. 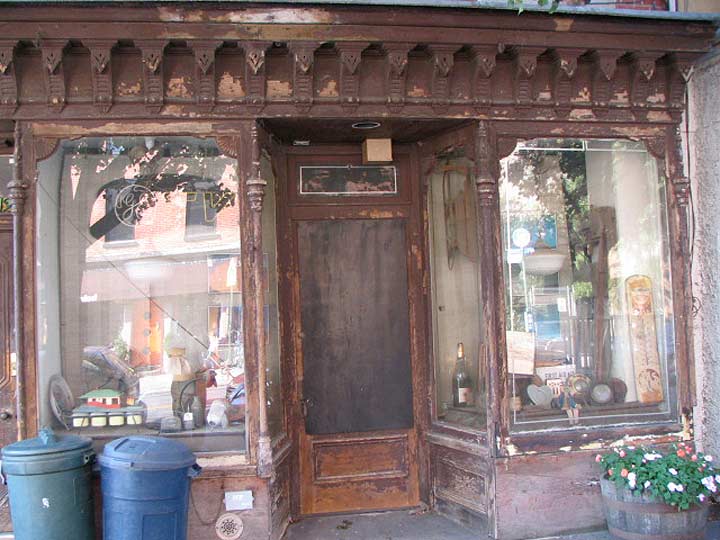 That means there’s no pressure on the owners of 382 Van Brunt, just off Dikeman, to leave their storefront (or what was once a storefront) seemingly exactly as it was in… 1964? 1974? 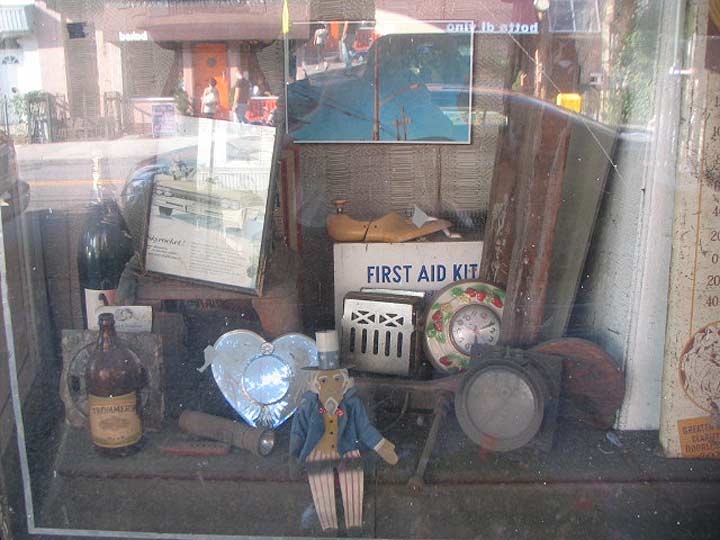 Just junk and plenty of it, some complete with years-old dust at that. 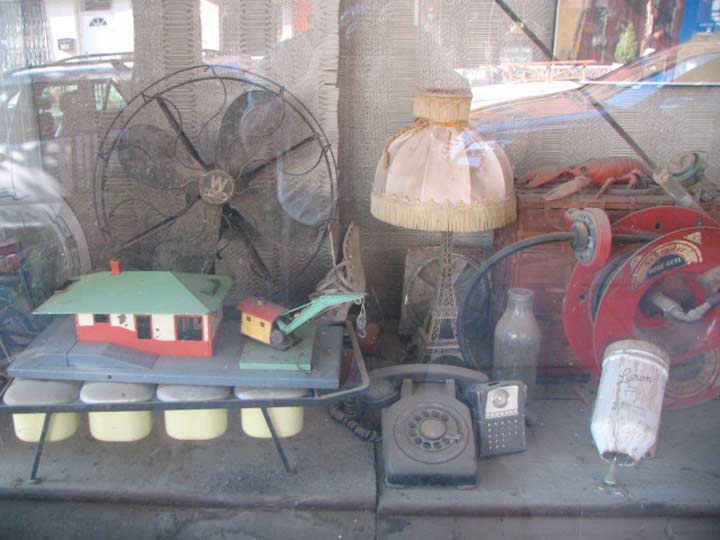 If someone knows the kind proprietors of this ruin, let me know in Comments.

Looks like a must see for Mike & Frank & their “American Pickers” series on The History Channel.

Edward Grough, listed in the Brooklyn Directory as a baker, owned 382 Van Brunt as early as 1852/3. There was a bakery in the basement of 380 which he could have used. His wife, Mary, operated a hat store in 382 from ca. 1880 – ca. 1895. The building was sold in 1896 to cigar dealer Alfred During, who died that same year. According to the 1900 census, Alfred’s wife, Meta, operated a cigar/stationery store at 382. There was a cigar/newsstand/candy store at this address through at least 1941, operated by the Trede family who were related to the Durings. You can get virtually the entire history 0f the building, in addition to other Red Hook history at this interesting webpage:

Now I’m interested. I did a Google search and there’s some information on the address here, but it stops after 1942. http://www.maggieblanck.com/BrooklynRedHook/Streets.html

It’s also listed on a bunch of real estate websites, but other than its construction date of 1899 there’s really not much more information on it. http://www.fastaddressinfo.com/382_Van_Brunt_St_Brooklyn_NY_11231_3005750026.htm

382 was constructed sometime between 1851-52. and shows up on fire insurance and property maps from 1855. Don’t go by what the date of construction is at real estate sites. They’re idiots who use what information is available at the DOB website without paying attention to details. Even there, it indicates that the date is approximate because its records don’t go back earlier than 1899. One can go to the County Clerk’s office on Adams St. and request all info on the property.

And according to this its last sale date was in May 1985: http://www.propertyshark.com/mason/Property-Report/?propkey=129075

So it might be an antique store that was left abandoned. Sucks, I was hoping it had been like this since the 50’s or 60’s and that all the stuff in the window were then-contemporary items on sale.

Not to mention the American Flyer (I think) station accessory.

“If someone knows the kind proprietors of this ruin, let me know in Comments.”

Kevin, check your “Kevin@forgotten-ny.com” email account. I sent you the info you were asking for.

can you resend to kevinjudewalsh@gmail.com