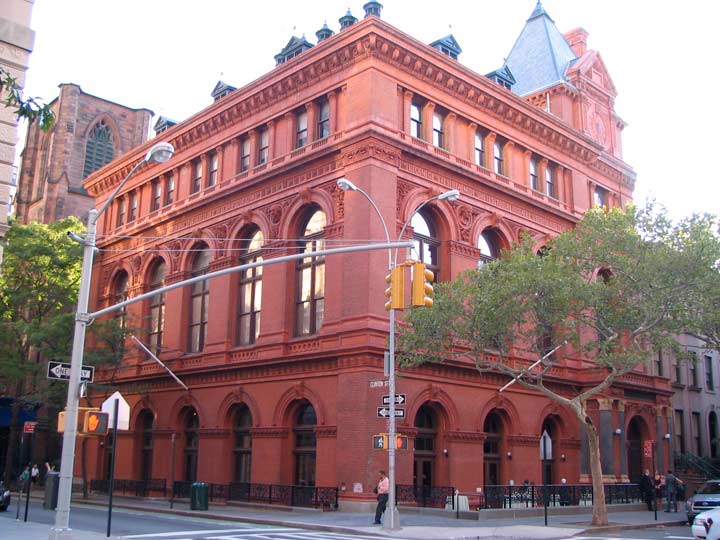 One of my favorite buildings in Brooklyn Heights and one I’m not in often enough is the Brooklyn Historical Society, né Long Island Historical Society, Clinton and Pierrepont Streets [1878, George Post]. It stands on the approximate location of a British fort during the US Revolution. Just after graduating from SFC, I had an idea about doing a history of the street names of Brooklyn and began researching here, but after school ended I began working nights and needed to sleep days, and could never find enough time. In 2006, I attended the release event for Brooklyn By Name — just such a book –by Leonard Benardo and Jennifer Weiss — in this very building!

BHS has the most comprehensive collection of Brooklyn-related materials in existence. In 1993, the U.S. Department of Education designated its library as a “major research library” under Title II-C of the Higher Education Act. As one in seven Americans can trace their family roots to Brooklyn, the BHS collections represent an important national resource. Inquiries received each month reflect the nationwide interest in the borough and its relevance to many family histories. [Wikipedia]