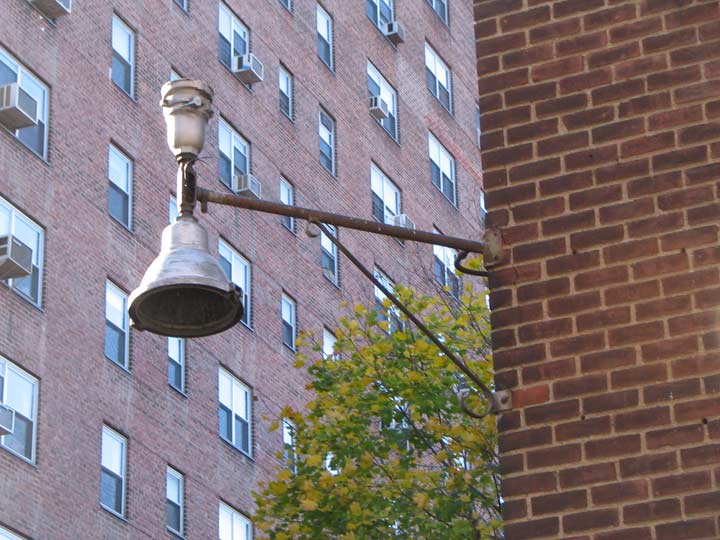 Cannon Street, now just an echo of its former self, exists as an alley between Delancey and Broome west of Lewis Street. It has survived because it faces a public school that was not razed in ‘slum clearances’ that began in the 1930s.

This week, while bright white, soulless Light Emitting Diode lamps take over eastern Queens, I’m posting some photos of former street lighting methods. This lamp hangs on  a wall at Cannon and Broome, which are pretty much now pedestrian-only. From the looks of things it goes back to the late 1940s or early 1950s and has been bulbless for some time. IT formerly held an AK-10 Westinghouse incandescent “cup light” and had an attachment for an orange fire alarm indicator lamp.