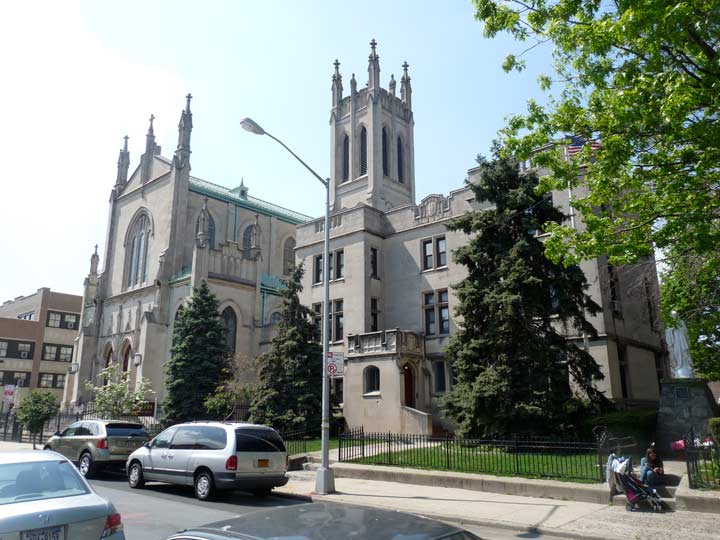 I have always been a fan of this formidable Tudor Gothic edifice on Parkville Avenue, St. Rose of Lima Church, the seat of one of mid-Brooklyn’s oldest parishes. It was founded in Parkville in 1870 when this was a small town called Greenfield (there is a neighborhood known to some as South Greenfield a few avenues south, centered around Avenue M between Coney Island Avenue and the Brighton elevated line).

This building, whose cornerstone was laid in 1922 and opened in 1925, is the parish’s third church building; its second was built in 1914 and served for only eleven years. In the late 1930s and early 1940s, the family of TV star Mary Tyler Moore were parishioners (the family was also associated with Flushing, Queens) but moved to Los Angeles in 1944 when Mary was in grade school.

I used to walk up Parkville Ave. all the time, between McDonald and Ocean Parkway, but never had the occasion to continue further east. Now I see what I missed.

I was baptized, confirmed, graduated and married at St. Rose of Lima. My mom and dad were married there also