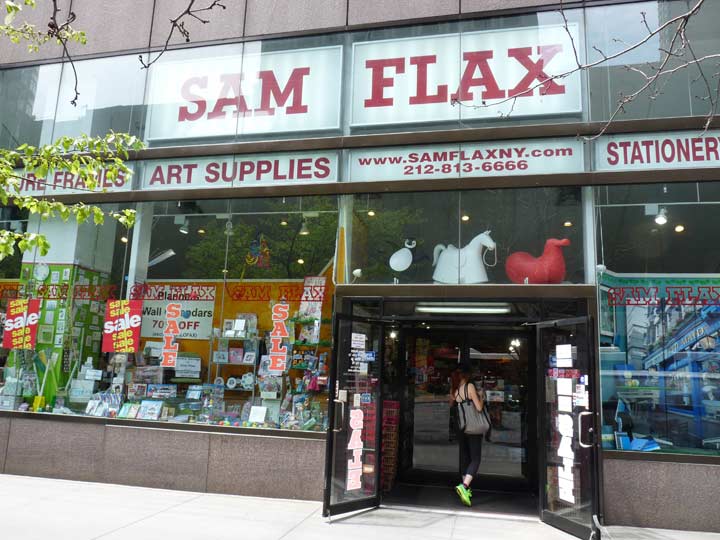 When I worked at Photo-Lettering, NYC’s biggest typesetting shop in the 1980s as a proofreader, we dealt with proofs on all sorts of surfaces, from shiny Agfa paper to see-through glassines. We could compare original proofs to newer proofs on these acetates to see if there were any mistakes (I got spoiled by this, as no shop I subsequently worked for did it this way.) The smell of ammonia and pasteup paste was in the air. Markup staff sat in the front and the guys toiling on display type for larger ads toiled in the back. A martinet from the old hot type days named Arnie strode cursing on the shop floor, using a jump rope to keep himself occupied during down times. He was replaced overnights by a guy named Richie who would sing James Brown’s “Get on the Good Foot.” I lasted 6 years and quit when I was cursed out by the day shift boss for getting too uppity and desiring a markup position. Today, type shops and those jobs are all gone.

When I stumbled down 3rd Avenue between 53rd and 54th in the spring of 2014 I passed this Sam Flax location. The art supplies shop begun by a European immigrant decades before was guttering and would be closed by year’s end. I did not frequent this Flax when working at Photo-Lettering but there was a location on 3rd a little closer to Photo-Lettering’s location on 45th Street. I’d be in there every few weeks for a new set of Sharpies. I had to have just the right type, and they’d wear down quickly.

And now Flax is gone. Gone earlier was the era when I would ride home on the mugger-mover from Photo-Lettering between 3 and 5 AM, changing trains at Union Square in the wee hours every night. I lived and I’m still here.

I would guess that art supply houses are particularly vulnerable to online competition. They don’t do much impulse-buy business, and the array of supplies probably is more than any store can carry in inventory.

It was sad to see Sam Flax go.

Now I have to use Lee’s Art Shop on W57th