There’s a short street in Gravesend, between East 4th Street and Ocean Parkway north of Avenue X, that illustrates how the city’s method of bestowing honorific street names has changed over the years.

Angela Drive honors Angela Ambrosia, an area resident who died of leukemia at age 27. During her illness she worked with fellow leukemia patients and served as an honorary national representative of the Leukemia Society. After her 1980 death, the former Boulevard Court was given her first name. 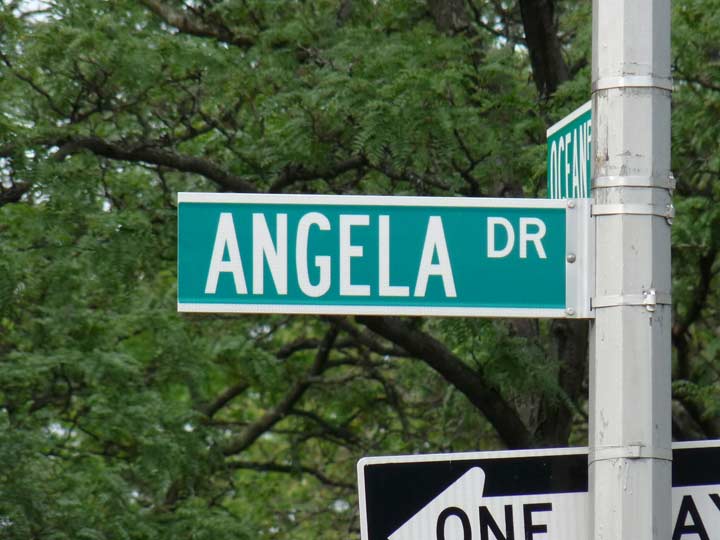 Outright renaming a street in this fashion is now quite rare. Today, Boulevard Court would have kept its old name, and Angela Ambrosia’s full name, as in Angela Ambrosia Drive or Place, would appear on a second sign mounted under the main sign.