Technically in Nassau County, this Victorian-era lighthouse is visible from the south end of City Island Avenue (officially known as Belden Point), especially from the seagull-frequented deck of Johnny’s Reef Restaurant. Stepping Stones was first constructed in 1877.

wikipedia: The reef upon which it sits was given its name by Siwanoy (Minnefords) Native American legends. According to the legend, the tribe used warriors, medicine, and magic to chase the devil out of present-day Westchester County, New York onto City Island (formerly Greater Minneford Island), surrounding him at Belden Point. The devil then picked up huge boulders lying there and tossed them into Long Island Sound, using them as stepping stones to make his escape. The natives named the rocks, “The Devil’s Stepping Stones.” 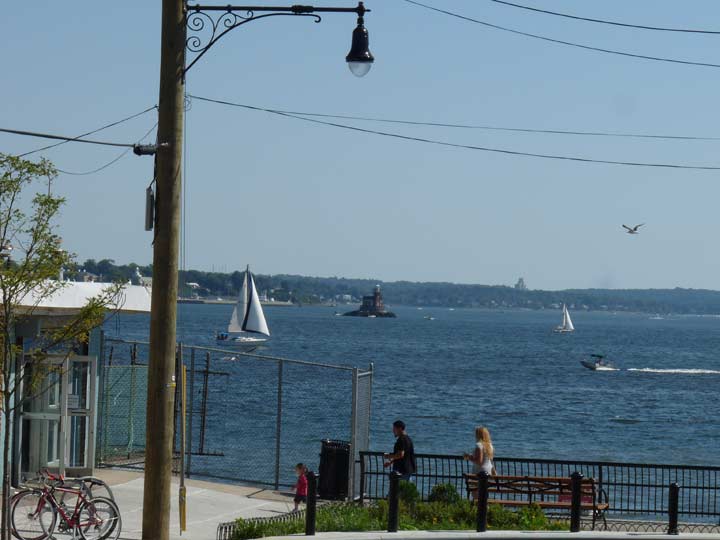