Today, New York City’s Bishop Crook posts feature just one model: they are all knockoffs of the Type 24 Bishop Crook — one of a number of Bishop Crook designs that were being produced between 1895 and 1920, after which the city pretty much settled on the Type 24.

Shown here, looking east on Bleecker at Mercer, is a battered Type 6 BC — the photo was taken by NYC Lamppost King Bob Mulero in 1977. From the looks of things, this number would soon be torn down. While today’s department of Transportation is ruthless in its pursuit of homogeneity, replacing nonstandard signs and fixtures as soon as they’re discovered, things were remarkably laxer in the 1960s and 1970s, with long-outmoded lamps still in plain sight all over Manhattan.

One glimpse will tell you that the Type 6 BC is a different bird than the now-standard Type 24. The shaft is remarkably thinner, as is the base. Type 6s were used extensively in lower Manhattan, where streets were narrower as were the sidewalks. A decorative ladder rest harks back to the gaslamp era. 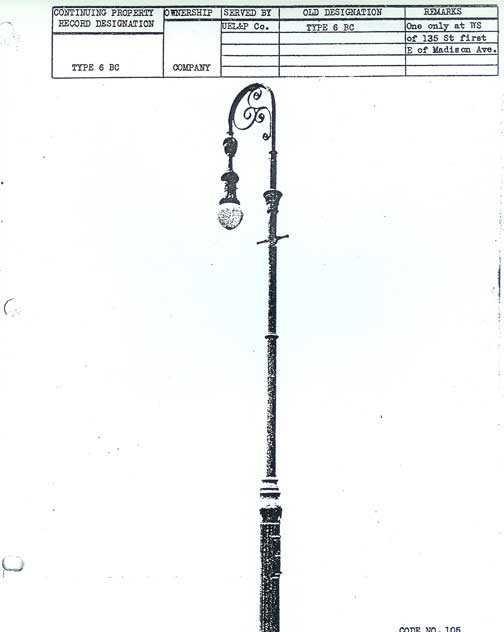 As you can see in this picture of an intact Type 6, the scrollwork (the decorative filigree in the crook) differs greatly from the more elaborate Type 24 — it’s simpler, to a great degree.

There are just two Type 6 lamps left intact — one on Warren Street between Greenwich and West downtown (it had stood at Washington and Warren until about a decade ago, but was moved when a building was placed on Washington Street’s old roadbed) and a battered, rusted specimen that marks the former corner of Broome and Sheriff Streets. 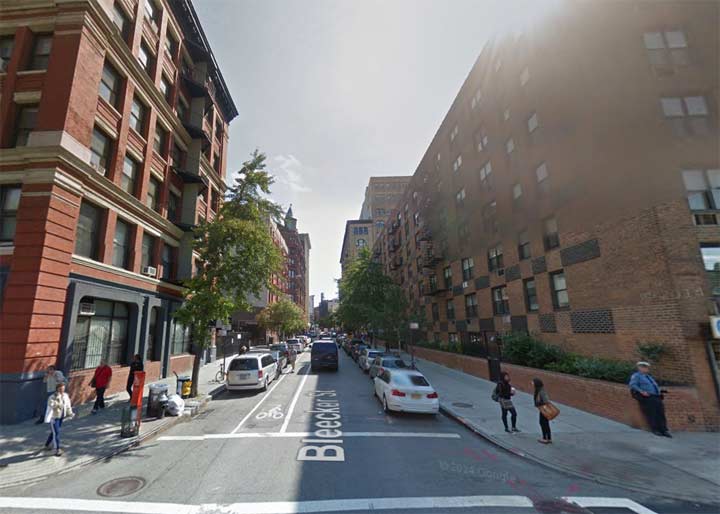 Bleecker and Mercer today. Interestingly all the buildings in the 1977 are still there today.