Here’s some solid gold from December 2004, in the era before Governors Island had become the mostly public park it is today (at least during the warm months). In 2004, the island was still transitioning away from its military past and opportunities for the public to step foot on it were still relatively few and far between. That year FNY Correspondent Christina Wilkinson and I were invited to attend the island’s Christmas Tree lighting.

Photos for this page will appear smaller than normal, since back then I was saving photos small enough to accommodate dial-up modems. 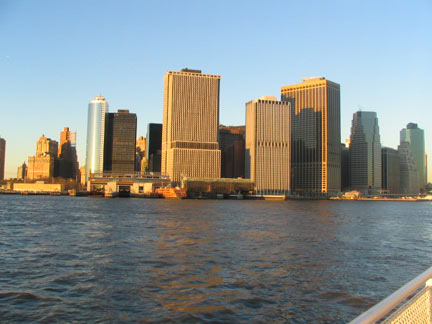 Our boat left the the 1909 Battery Maritime Building at South and Whitehall on one of the rare cold days so far that winter. The late afternoon sun painted everything an elegiac shade of gold. 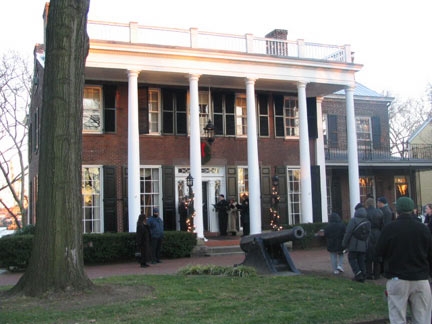 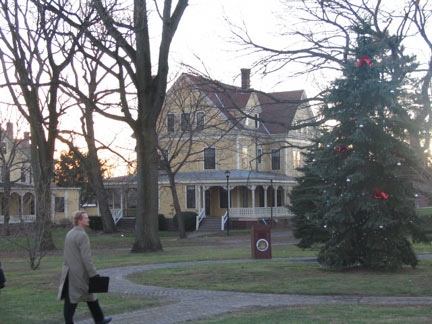 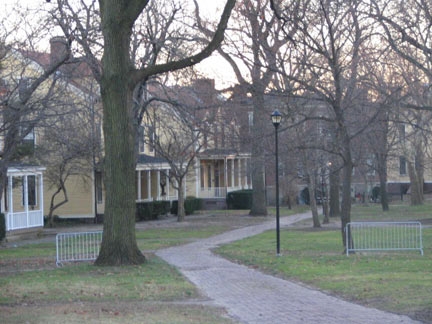 The Admiral’s Mansion is in Nolan Park, where the island officers made their homes. All are painted a mild shade of yellow. As part of the agreement that turned the island over to New York City, these buildings will not be used as residences ever again; their fate is undecided though they are in no immediate danger of demolition. 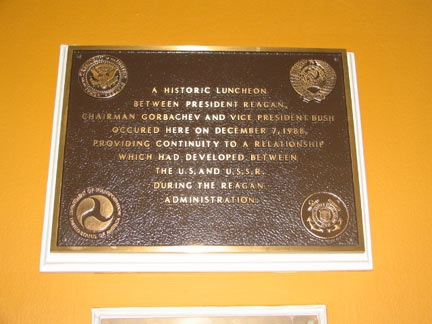 In December 1988, President Ronald Reagan, finishing out his second term, met with Soviet President Mikhail Gorbachev and President-elect George H.W. Bush at the Admiral’s Mansion. In July 1986, Reagan had lunched here with French president François Mitterrand, the occasion being the centennial of the Statue of Liberty, presented by France in 1886. 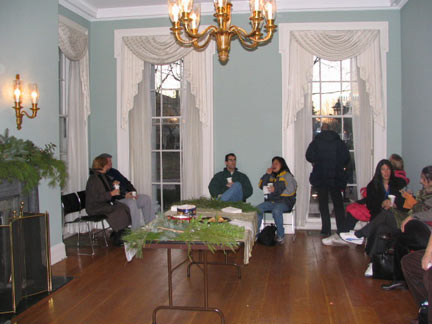 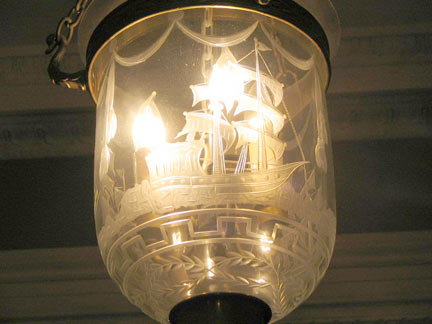 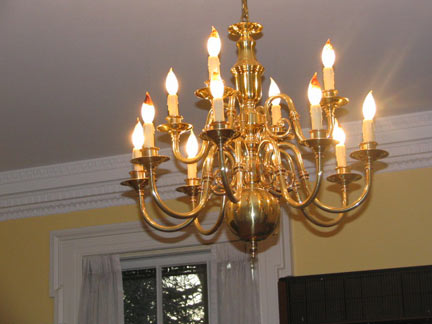 Once inside we were greeted by members of the Governor’s Island Preservation and Education Corporation, including Vice President Peter Fleischer, who provided an impromptu summary of upcoming plans for the island. 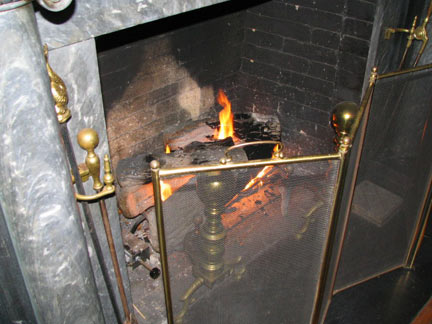 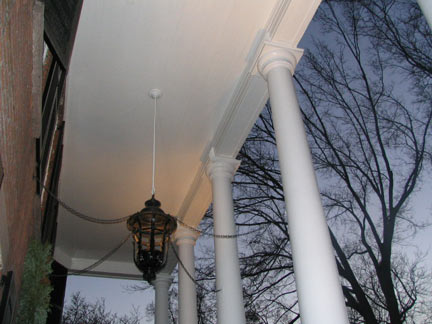 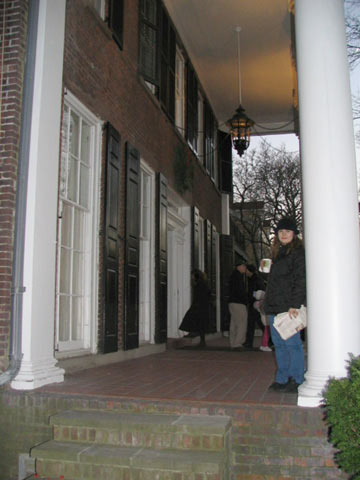 Unrationed supplies of cookies and hot chocolate, but no egg nog, were supplied, and caroling carolers made the rounds; they sang James Pierpont’s 1859 smash Jingle Bells the right way, with the rest of the verses…

A day or two ago, I thought I’d take a ride,
And soon Miss Fannie Bright was seated by my side,
The horse was lean and lank; misfortune seemed his lot,
He got into a drifted bank and then, we got upsot.

Chorus
A day or two ago, the story I must tell
I went out on the snow and on my back I fell;
A gent was riding by in a one-horse open sleigh,
He laughed as there I sprawling lie, but quickly drove away.

Now the ground is white, go it while you’re young,
Take the girls to night and sing this sleighing song;
Just get a bob tailed bay, two forty as his speed.
Hitch him to an open sleigh, and crack, you’ll take the lead. 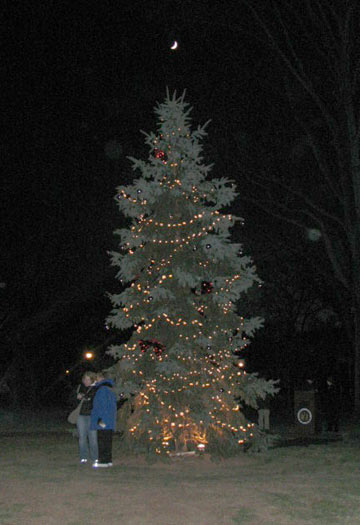 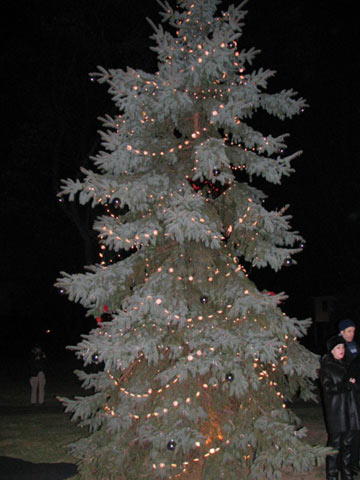 At dusk it was time to switch on the ceremonial conifer. The carolers caroled and the words were uttered despite the malfunction of the microphones (which never work anyway). Strangely, the tree didn’t have a star, but the crescent moon wandered over to oblige.

On Guard on Governors Island 2004

I grew up on Governors Island when it was Army. I remember $1 movies that played ‘The Thing’ and playing by the castle. The officer’s club had a live phone in it’s broom closet. We’d sneak in and make random calls overseas; then hang up; what kids did before video games. I loved the ferry docking; when they opened the chains to disembark. My mother never asked where I was going; it was safe all hours of the night in any direction. Although there was nothing to do – it was freedom.

Went there once in the 70s when it was part of the Coast Guard.We used our Navy IDs to get there.
Bored ferry guard didnt even bother to check them.We probably could have gotten away with showing him
our library cards for all he cared.They say military security is a joke anyway.Anyway,wandered around
the base for awhile,admired the old fort and its ornate sallyport.
The island has been turned over to the City of New York?Does that mean the officers quarters are
going to be allowed to deteiorate like the City did with Officer’s Row at the Navy Yard?Theyre really
good in the Delayed Maintenance Dept.,I’ll give them that.

Got engaged in the O Club there,