In November 2016 I was bellyaching over the impending loss of the Bayside railroad pedestrian bridge at 216th Street and 42nd Avenue, and on the same page, also complained about the “no great rush” to replace the Little Neck pedestrian bridge that allowed people living on the east end of the station to cross to the westbound platform. The Bayside bridge is still scheduled for demolition.

Fair is fair, and I am happy to report that Little Neck bridge has now been replaced, though I’ll maintain that nearly 3 months was too long a gap — making people, some of them infirm, go all the way to Little Neck Parkway to cross the at-grade tracks. 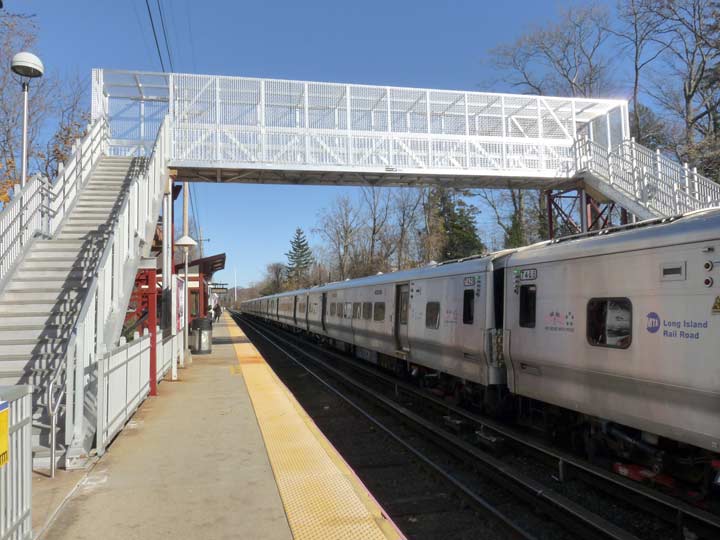 A new aluminum bridge has been placed on the old bridge’s stanchions, which are recognizable by their maroon red paint job. The old bridge had been judged unsafe — it was paved with wooden planks that apparently were coming loose from the superstructure. 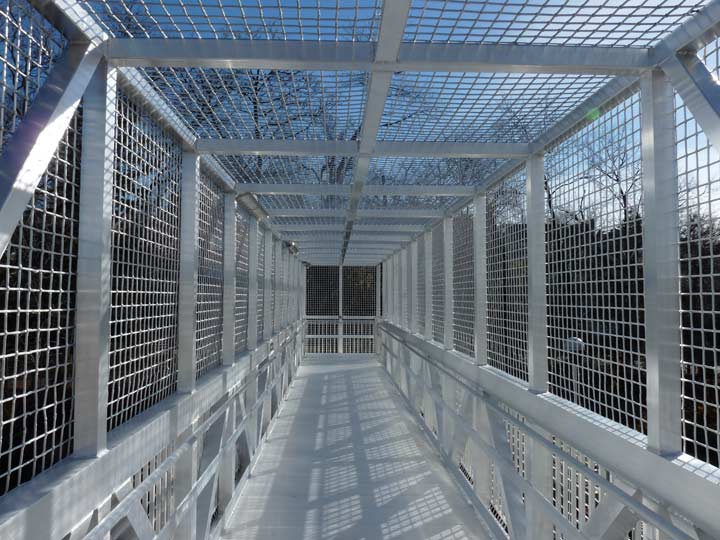 A look east on the new pedestrian bridge. 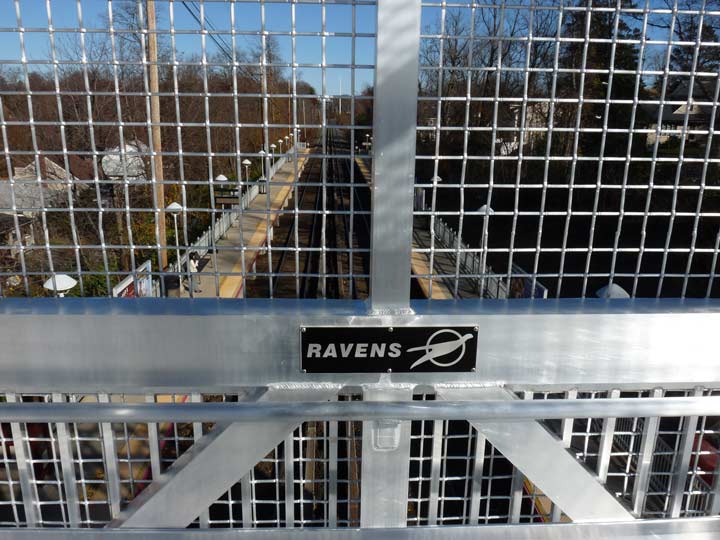 The new bridge was constructed by Ravens Marine, based in Kissimmee, Florida. Founded in 1977, the company originally produced aluminum flatbed trailers, but has since expanded to produce floating docks, gangways, adjustable steps, ladders, handrails, retaining walls, floating boat lifts and fixed piers. Pedestrian bridges are not shown on the company website, so this may be a new venture for the firm. 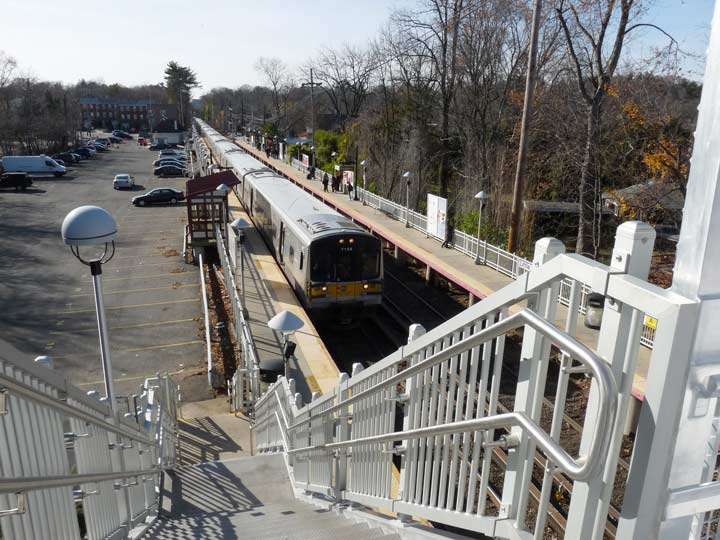 The two staircases predate the Ravens bridge. They were installed a few years ago after the old iron steps had completely corroded with numerous holes. For awhile, the LIRR covered the holes with metal plates, but finally replaced the steps. 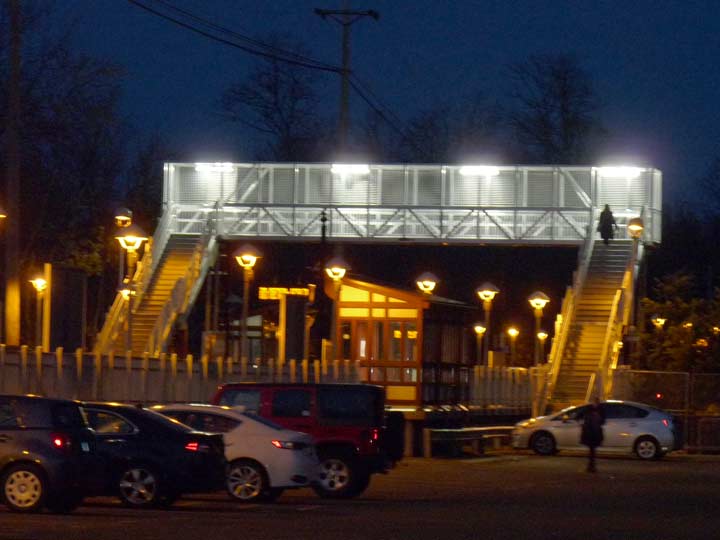 At night the new bridge is illuminated by four banks of bright Light Emitting Diode lamps.