Macomb Street, running between 4th Avenue and Prospect Park West, was probably named for Alexander Macomb Sr. (1748-1831), a prosperous Revolution-era merchant born in Belfast, Ireland. Though he initially had Tory sympathies he built the mansion George Washington occupied in NYC between 1788-1790 when the US Capitol was located in Manhattan. Macomb owned vast upstate tracts. 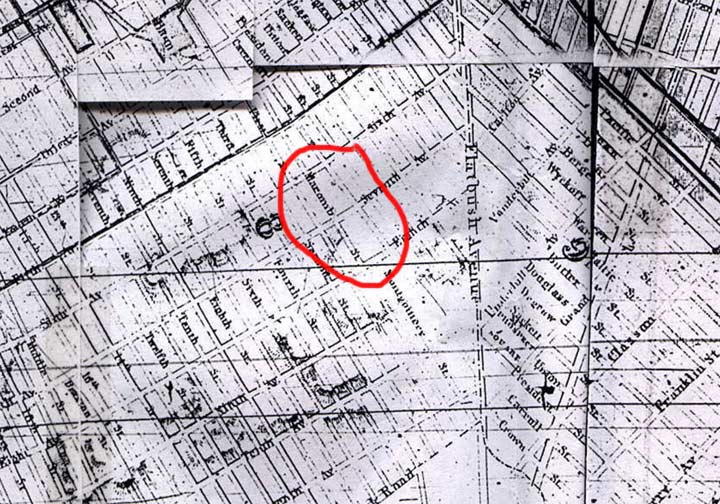 Macomb Street was renamed Garfield Place after the US President James Garfield‘s assassination in 1881, which marks the chiseled sign, and the building it’s on, as particularly elderly. Garfield was not initially killed by the bullet’s impact, but by treatment with unsterilized instruments, resulting in blood poisoning.