Tempus fugit. It’s been almost three years since I staggered around Hamilton Park in Jersey City and though I got over 90 photos on the occasion, I had yet to post any — till now. On a corner dominated by the Protestant Harvest Church of New Jersey and the Catholic St. Mary of the Immaculate Conception Church, we also have two factions of street signs, new school and old school.

It’s easy to miss the antique pair on the northeast corner of 2nd and Erie, they’re almost infinitesimally small. They are metal and enamel signs in navy blue with white type. They’re about the same size as the crossover signs that were formerly used in Staten Island (those were gold and black) and the lettering is still that machine-age, beveled off type that resembles the lettering and numbering seen on sports uniforms.

Jersey City still has a number of larger black-on-white enamel signs, and a few hand-lettered street signs still around, but this seems to be the only pair of this genre still in place. (I’m taking a chance showing them.) Unlike New York, other cities are not maniacal about removing older or nonstandard forms. 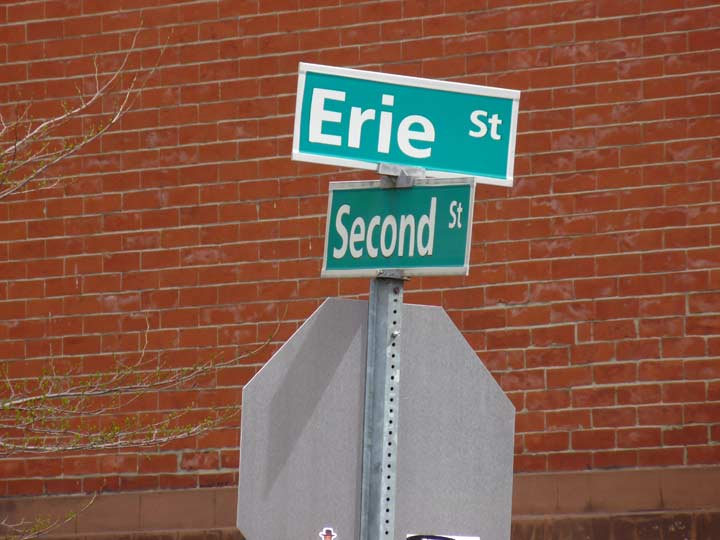 On the southeast corner is another pair of modern 2014 signs. Much larger and more legible. 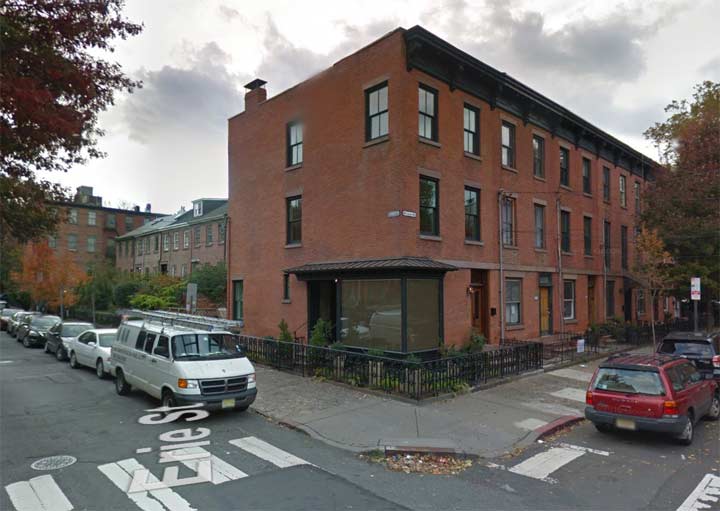 I didn’t notice it when I was walking here in 2014 but there’s another pair of antique signs on the building on the southwest corner, white and black with serif lettering that look several decades old. I zoomed in on Street View, but Google knows exactly where to blur to make things inconvenient for me; I’ll have to return to get a decent picture of these.