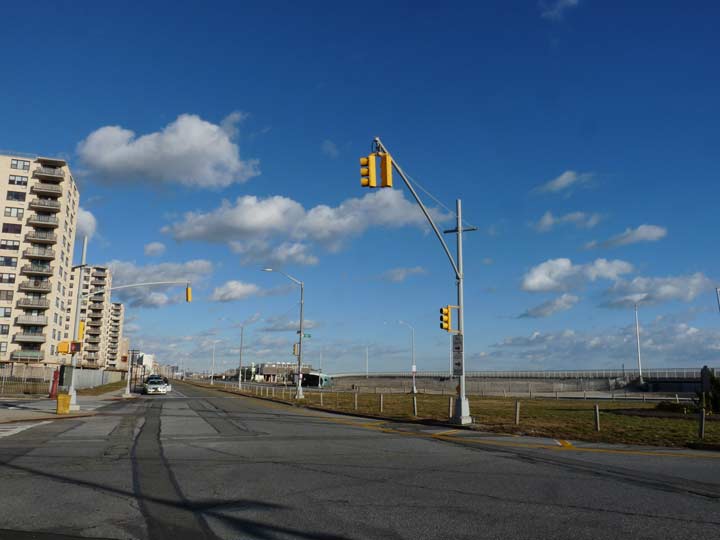 Shore Front Parkway, running from Beach 109th to Beach 73rd Streets in Rockaway Park and Hammels, is a seeming “parkway to nowhere”as it allows people coming in from Cross Bay Bridge and Parkway ready access to the beachfront, high rises, and new condo complexes, but not much else. Actually it is one of Robert Moses’ great dreams that went uncompleted; it was originally going to connect the Riis Park area and all of the Rockaway Peninsula with the South Shore of Long Island, and even have a Brooklyn connection via the Marine Parkway Bridge. Only this relatively short section was completed by 1941. Its construction necessitated the truncation of Rockaway Playland at Beach 98th Street.

Shore Front Parkway has recently extended (as Beachfront Road) east a few blocks to Beach 60th Street so it can connect with the Arverne By The Sea housing project.

The parkway median was the last home of Whaleamina, Rockaway Beach’s unofficial mascot since it was transported from the Central Park Zoo. The painted mascot was overwhelmed by Hurricane Sandy in 2012.

“Comment as you see fit.” FNY’s Comments section is working once more!