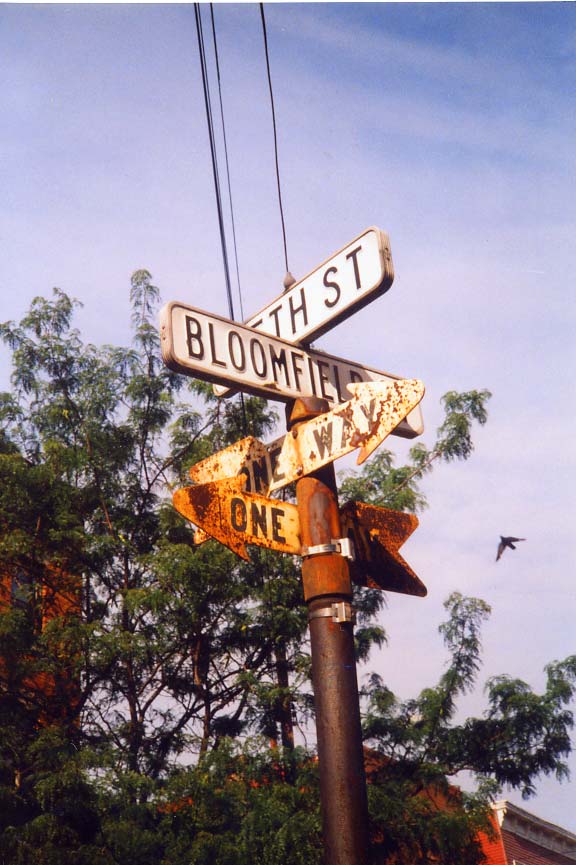 Here’s an aged porcelain street signs/arrow-shaped one-way combo I found on Bloomfield and 5th Streets in Hoboken in 1999. Google Street View confirms the cluster was still there in 2007, but was gone by 2012. These days, the city doesn’t even mark the one-way streets at this corner! In 1999, those one-way signs must have been about 50 or 60 years old. Hoboken’s equivalent of NYC’s Department of Transportation is more merciful regarding old signage than NYC, but these signs looked pretty rusty. 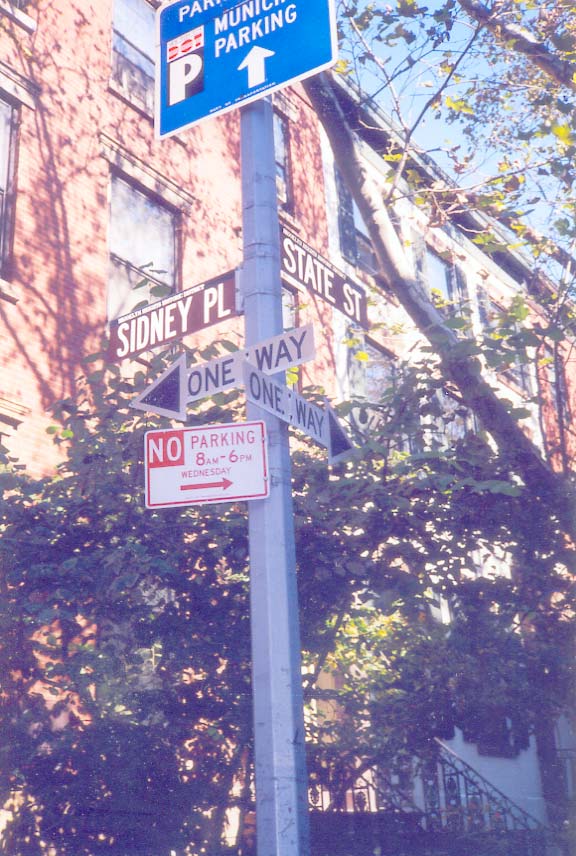 In 1999, even though the corner of State Street and Sidney Place in Brooklyn Heights had received maroon signs denoting NYC Landmarks Commission protection, a pair of 1960s-era arrow-shaped one way signs were still in evidence. Street View indicates that NYCDOT had ruthlessly replaced them with newer models by 2007.

Very few of the oldies remain today — in fact, I’m stumped where I can find one of these signs today.

Do you know? “Comment…as you see fit” in Comments.