TURN IT UP TO 11, Flushing Line 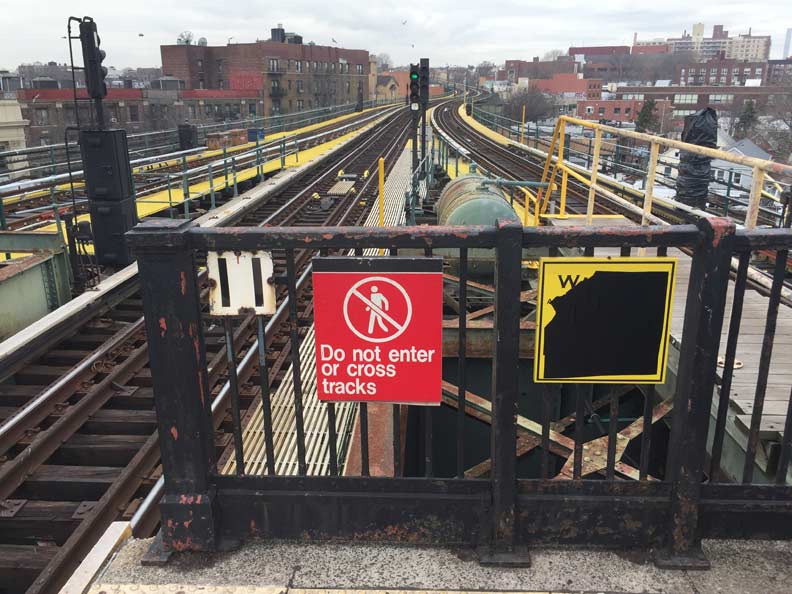 Just about all subway station identification signs that were rendered in white enamel with black lettering have pretty much disappeared from the subways, as white lettering on black signage, introduced in the 1980s, has completely supplanted them. The one exception happens to be on signage meant for the eyes of train operator and motormen (and motorwomen) alone: signs mounted on or near platforms telling them where to stop the trains.

The Flushing Line, which celebrates its 100th anniversary between Queensboro Plaza and 103rd Street on April 21, 2017, is the only line running with trainsets of 11 cars instead of the usual 10 (or 8, on the C and M lines or 4 as in the G line). When the Flushing Line was using R-33 cars, they came as single units, not pairs, so that it was possible to add an extra car to Flushing Line trainsets. They are not the longest trainsets in the system; because IRT cars are 51 feet long and BMT/IND cars are 60 feet long, 51×11= 561 feet while 60×10= 600 feet. 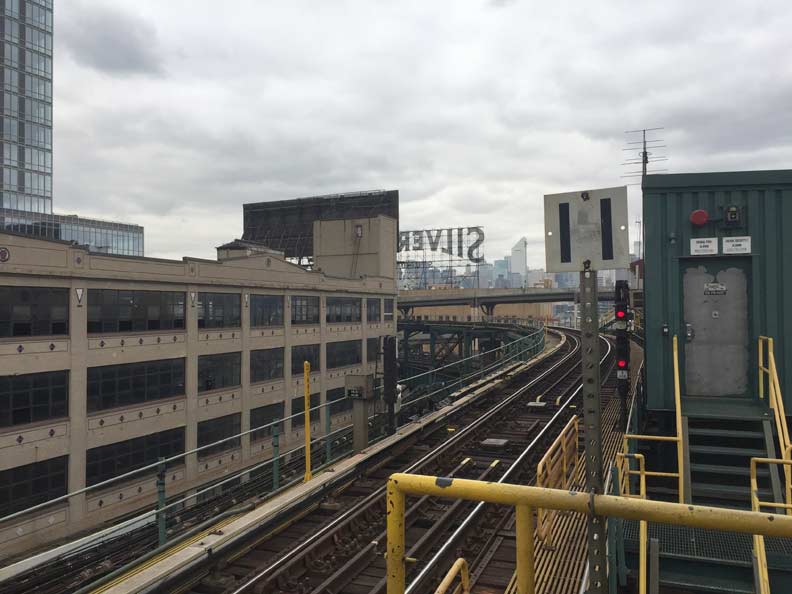 …while this one is instantly recognizable as being at the west end of the Queensboro Plaza platform. 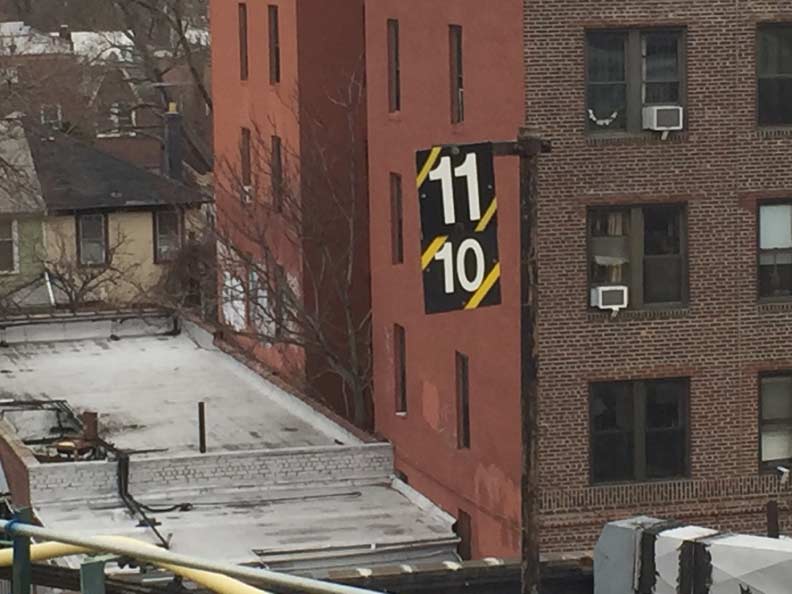 These are somewhat newer signs indicating that both 10 and 11 car trainsets can stop at this point. 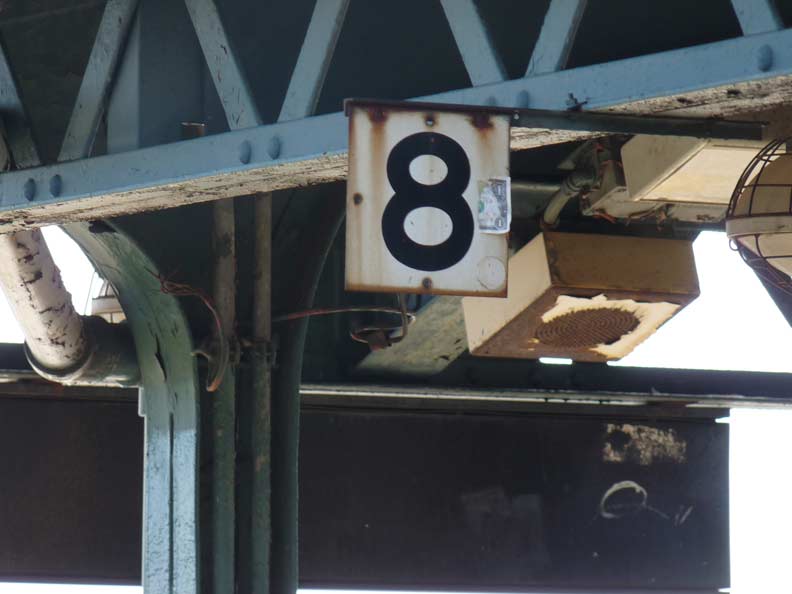 I’ve never seen an 8-car trainset on the Flushing, but this sign mounted toward the east end of the 61st/Woodside station tells the operator where to stop.

Actually, any IND platform could handle any 11-car IRT train set, as the IRT train is 565 feet long and the IND platforms are 600 feet (or longer).

While all cars are standard gauge, IRT carriages are over a foot narrower than BMT and IND sets, so they can only platform safely at their own station stops.

Do you have any idea about the back story to the dollar bill to the right of the number 8 sign in the last panel of this posting? Usually a small business will display it’s first dollar earned, but this is the MTA…

I also would be curious if anyone knows the story here.

Excellent! At last someone with a sense of humor!

There are still a few black on white enamel station name placards along the Queens Blvd lines. Most of them on the support beams on the tracks.

Since most subway stations have multiple exits (usually at least 2, at/near each ends of the platform), these signs are usually positioned so the rare “shorter” train (most likely to be seen overnights, if ever) hits the middle of the platform. Or, if only one exit is open, the signs would direct the train to stop as close to that end as possible. Stations along lines served by shorter late night trains have signage on the platform directing passengers where to wait, so they don’t have to guess — or worry about sprinting halfway down the platform at the last moment to catch a train that stopped well short of (or passed by) their usual daytime waiting spot.

Within NYC, but not on the subway, similar signs can be seen at Metro North stations (and I’d imagine LIRR as well), though I’m pretty sure there’s no enamel involved — just regular black-on-white signs. With commuter rail, you have the chance for not only trains that might be shorter than the platform — but, more often — trains that are longer than the platform. For example, Marble Hill, University Heights and Morris Heights are three consecutive stations on the Hudson Line which can only platform 4 cars, though most trains serving these stations are 7-8 cars long. As a result, the markers often go a few car-lengths beyond the platform.

Beyond the stations, these markers are on ordinary metal posts, similar to road signs. Within stations, the signs are usually affixed under the platforms — unlike the subway, where they’re often affixed at eye level (at platform’s end) or ceiling height (mid-platform) as shown in the photos within this article.