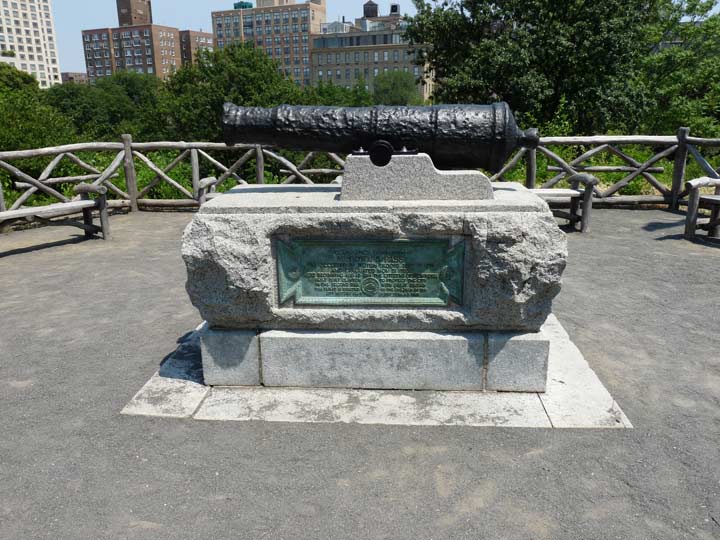 Located deep in northern Central Park are remnants of the United Staes’ second war with Britain, the War of 1812, fought for a variety of reasons including British “impressments” of sailors from American vessels into their own navy; British trade restrictions; British support for Native American tribes resisting American continental expansion; and British opinion that the USA attempted to annex Canada while Britain was occupied with the Napoleonic Wars.

Expecting a British invasion of New York City that never came, the city built several forts in upper Manhattan in territory now occupied by Central Park. Only one original structure that was part of those fortifications endures: Blockhouse Number One, on a hill just south of Central Park North and Adam Clayton Powell Blvd. The site of Fort Clinton, named for NYC mayor in 1812, DeWitt Clinton, is on a convergence of park paths on a promontory above Harlem Meer.

When Frederick Olmsted and Calvert Vaux were designing the park in the 1865, they created the promontory and installed cannons that had been salvaged from the wreckage of the H.M.S. Hussar, which had sunk in the Hell Gate strait in 1780; reputedly, with a large cargo of gold that has yet to be found. 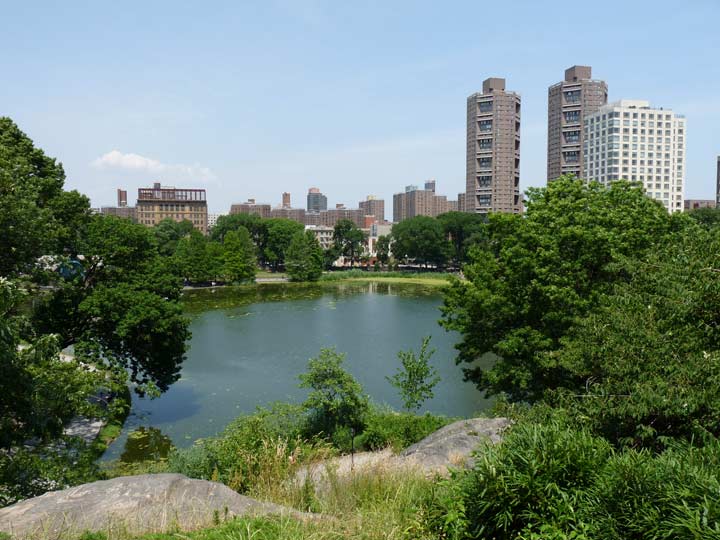 A historic plaque on the pedestal containing the cannons (one is intact; the other is a remnant) was placed in 1906 by “the children of the City History Club of New York.”

When I first started researching and writing Forgotten NY in 1999, the Fort Clinton site was in sorry shape. The cannons had been placed in storage from repeated vandalism. In a somewhat different era, 2014, they were restored the site, which got new timber railings as well.