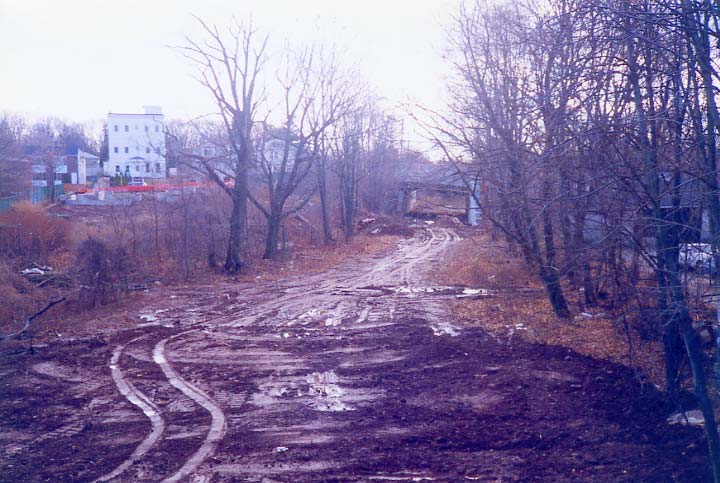 I was wandering on Fingerboard Road near Tompkins Avenue in 1999, looking for traces of the old Staten Island Railway (Staten Island Rapid Transit) right of way, when I saw this tract that had been cleared out for new housing.

The South Shore SIRT branch left the main line in Clifton and served the communities of Rosebank, Arrochar and South Beach before its abandonment in 1953, along with the North Branch along the Kill Van Kull that parallelled Richmond Terrace. Staten Island needs more mass transit these days, so this act seems shortsighted, but in 1953 the Verrazano Bridge was an idle fancy in the brain of Robert Moses, the island was still underpopulated in many areas compared to today, and the Baltimore and Ohio Railroad, which operated the SIRT then, wanted to trim away unprofitable lines.

Note the 3-story brick building on Lyman Avenue on the left. It is still there, but the white paint has been stripped off in favor of a buff brick surfacing. 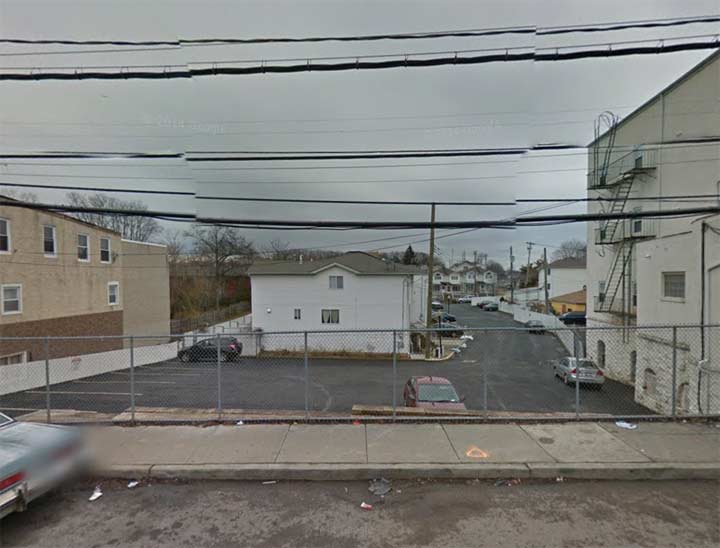 By 2000 the new housing project was in place and the scene now looks nothing like it did 14 short years before.

For more on the SIRT, see FNY’s page on its abandoned North Shore stations and musician Gary Owen’s excellent pages.

Is the South Beach Branch totally built over ?

There was a trestle at Robin Rd. standing by itself some years back.

Haven’t seen it as of late.

The South Beach Branch has been entirely developed but there’s still hope for a revival of the North Shore Branch. Unfortunately, no political will for it.

Hello
The house three houses down from that formerly white building is where I live. Its clearly visible through the tree branches. I mover there four years ago and it was owned by the same family for 90 years. Thanks for the pics of the neighborhood before I arrived