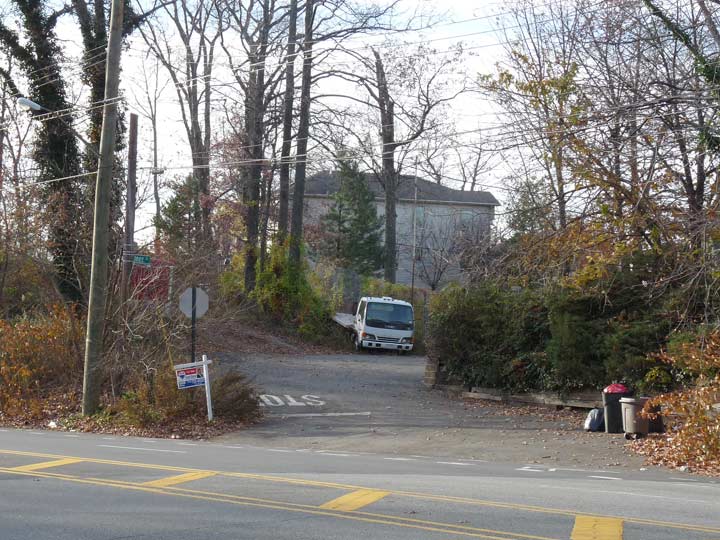 Inez Street is a dead end issuing from the north side of  fast and furious Hylan Boulevard at Lemon Creek Park, west of Seguine Avenue. This is an area that is rapidly developing, with tract housing on newly developed streets along Seguine Avenue north and south of Hylan. The busy Boulevard, meanwhile, has remained relatively undeveloped, with forest on the north and south sides. When I was a kid riding the buses in Staten Island (I wasn’t smoking marijuana in the boys’ room, I walked around and rode buses, exploring NYC) I noticed Inez Street even back then in the 1970s, and it looks pretty much as it does now, a dead end trailing off into the woods, with a couple houses on it. 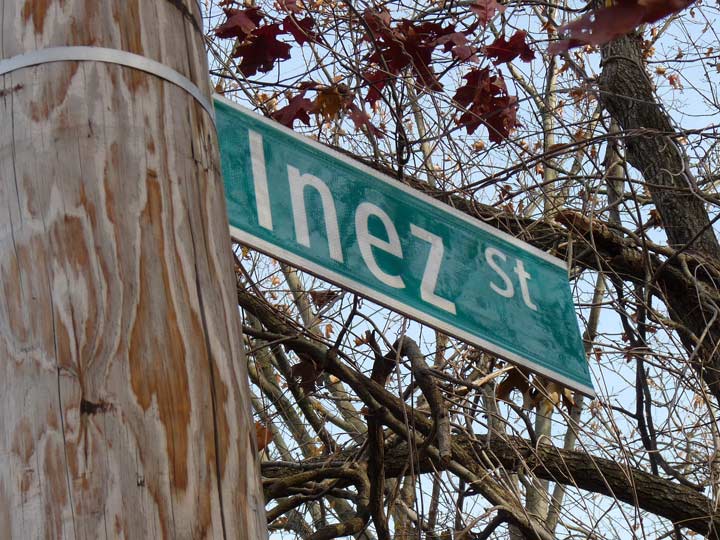 The Department of Transportation has always marked it…. 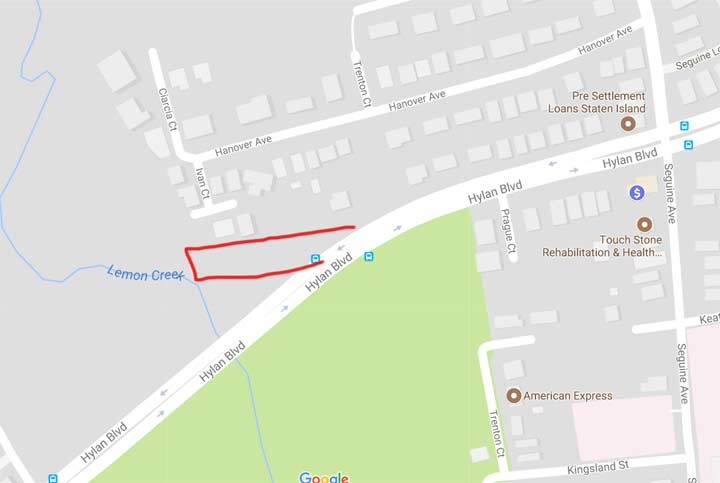 … yet, Google Maps, which is pretty much the most reliable barometer of existing streets (paper atlases like Hagstrom and Geographia sometimes include developers’ planned streets, instead of showing the streets that are actually there) completely ignores Inez Street and assumes it does not exist. I have drawn in red where it should be if Google vouchsafed to show it.  Tis a mystery! 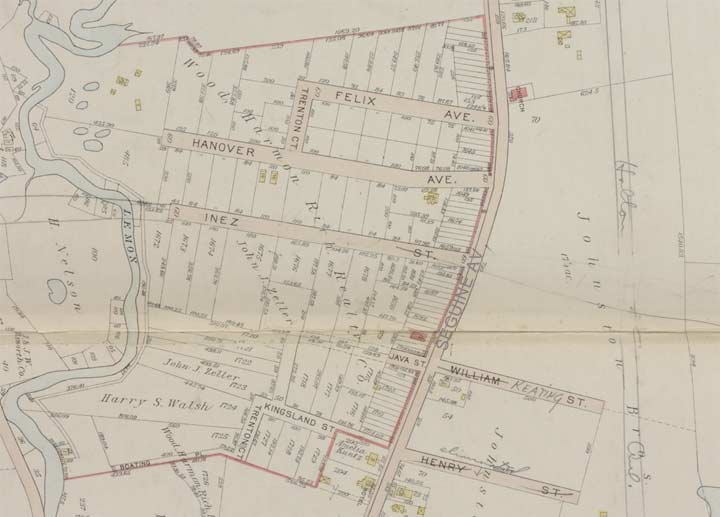 Here’s an atlas plate of the area from exactly one century ago. This was a few years before Hylan Boulevard (originally called Southside Boulevard) was bruited through the area. Very few houses (squares in yellow or brown) are shown, giving you an idea of how sparsely populated the area was, a condition that would persist until after the Verrazano Bridge was opened.

We see a quartet of streets in alphabetical order: Hanover, Inez, Java, and Kingsland. Three of these streets survive in some form: Hanover Avenue was developed, while Keating Street is the northern border of Staten Island University Hospital.

However when Hylan Boulevard was built through it eliminated Java and most of Inez. Just the western portion leading to Lemon Creek remains, issuing from a bend in the road at Hylan.

For some reason though, Google would rather you not know about it, or someone living on Inez asked Google not to show it. I wonder which it is…

If you haven’t already, you should definitely contact Google Maps about it. A friend of mine has in the past and they always seem to come through

I have to wonder if the little stub end of Ivan Court is actually what Inez Street was supposed to be given that it’s parallel to the other lettered streets, roughly the distance from Hanover Inez would have been, and the currently named Inez Street points in the wrong direction…

Mapquest shows and labels Inez Street. Maybe Google just missed it or thought it was a private road?