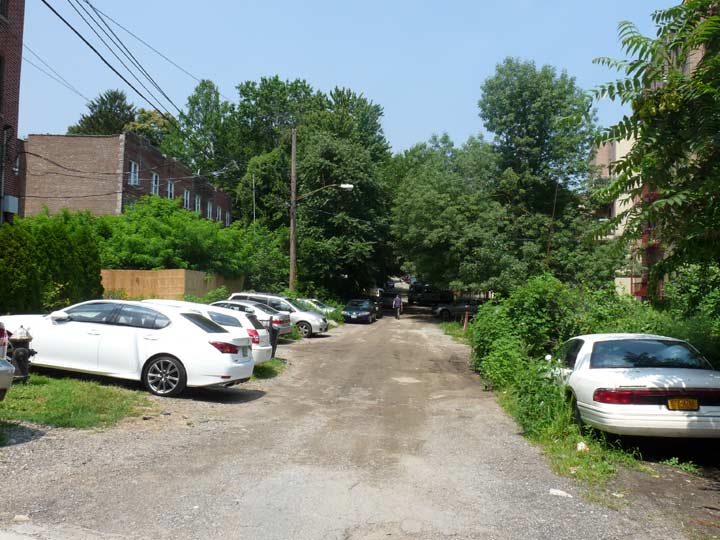 Issuing north from West 251st Street west of Broadway is a dirt trace that can be mistaken for a driveway, which is its modern-day chief function. It is actually a section of one of the oldest roads in New York State, the Old Albany Post Road, the former route used in the colonial era to bring mail from New York City north to Albany, hence its name. This is a one-block dirt road remnant of the ancient track. 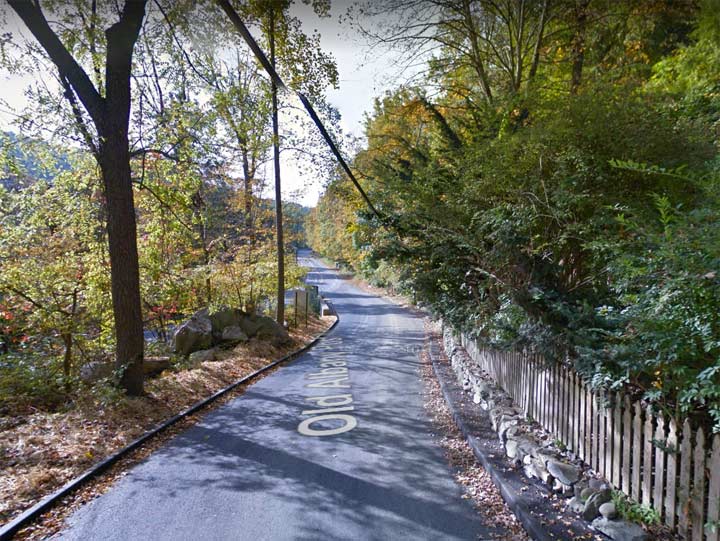 In the 19th Century, the Old Albany Post Road would be straightened and would become the roads we know today as Post Road, and the much longer Route 9, which encompasses Broadway in NYC and further north, known as the Albany Post Road. Route 9 goes nearly all the way to the Canadian border. A further remnant, Albany Crescent, can be found in neighboring Kingsbridge Heights, and a much longer 6.6-mile dirt remnant of the OAPR remains in upstate Putnam County. 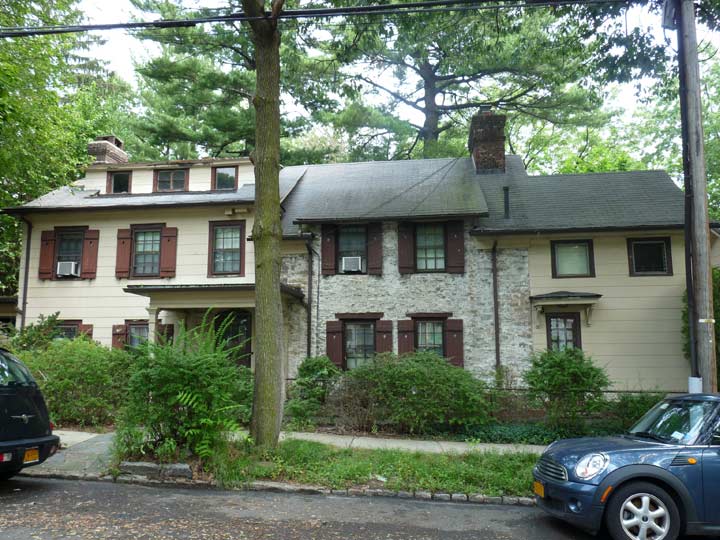 One of the Bronx’s hidden treasures, Hadley House, was originallly built on the old route, though the front of the building is now on the paved road also known as Post Road.

Brothers George and William Hadley built the center section of this 2-story colonial on Post Road just north of West 251st Street in the mid-1700s, making it just a little younger than the Van Cortlandt Mansion. In 1777, the Hadleys used the house as a garrison for a corps of volunteers serving the patriots’ cause. In 1829 it became the property of Major Delafield, along with much of the rest of Riverdale and Fieldston.

In 1915, Dwight James Baum, who had a hand in so many of Riverdale’s architecture, remodeled the Hadley house, adding wings to the north and south. Baum was careful to maintain the house’s original features.

If you’ve had it up to here with yet another Fedders horror walk around Fieldston’s private streets to see examples of Baum’s beautiful work. They are from a time when “architect” was considered a respectable profession.

Man, more history from my hometown of Croton-on-Hudson! For some reason in Croton the current Route 9A becomes Albany Post Road for a stretch when it meets Old Post Road until it merges into Route 9. I’m assuming these were segments of the original road that were incorporated into the current street system.

My home. I lived a stairway or a street up from the dirt road part of Post Rd.
Magical area.

I lived in an apartment bldg with our living room window facing Hadley House. I remember the beautiful snowy nights and the garden in spring: in spring my mom would ask the lady of the house if she could have some pussy willow that we saw from our window. Life was so simple in the ’50’s. wonderful memories of living in that neighborhood til I was 25 and got married. My parents were the first couple in the garden apts. bldg, 1950. My dad would knock around golf balls with me on the flats; we’d watch soccer some nights and cricket on other days. Later my husband ran cross country. So many memories even before there was a pool at 242nd. (my friends and I used to sled there) I think fondly of the horse stables and the original picnic grounds above 255th and Henry Hudson Pkwy. Oh well…