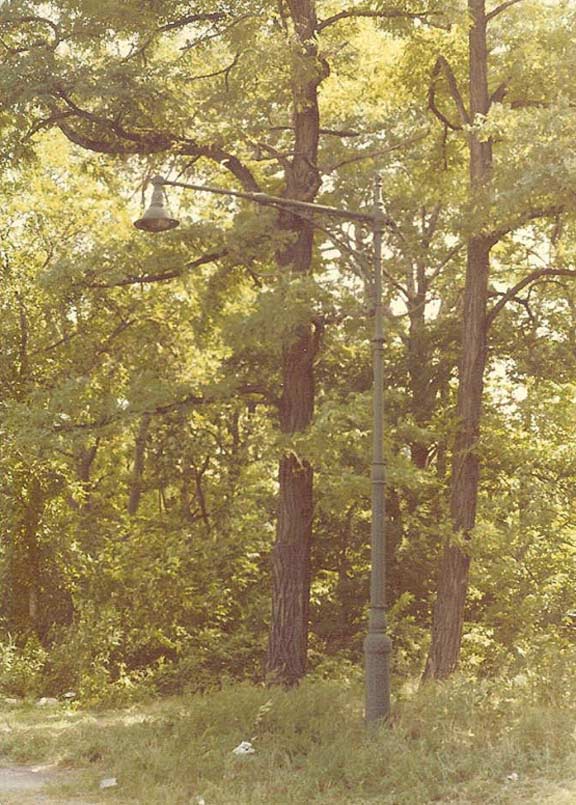 Bob Mulero, King of NYC Lampposts and author of the new book The History and Design of New York City Streetlights, Past and Present, has just released this gem from his collection depicting a Type G Corvington post in a NYC park.

Type G’s, shorter in height than other Corvingtons used on important roadways, lit thousands of side streets along with their compatriots, the shorter-armed Type Fs. Most of them disappeared in the early 1960s, but a large number can still be found in the private Stuyvesant Town development where they are relatively safe.