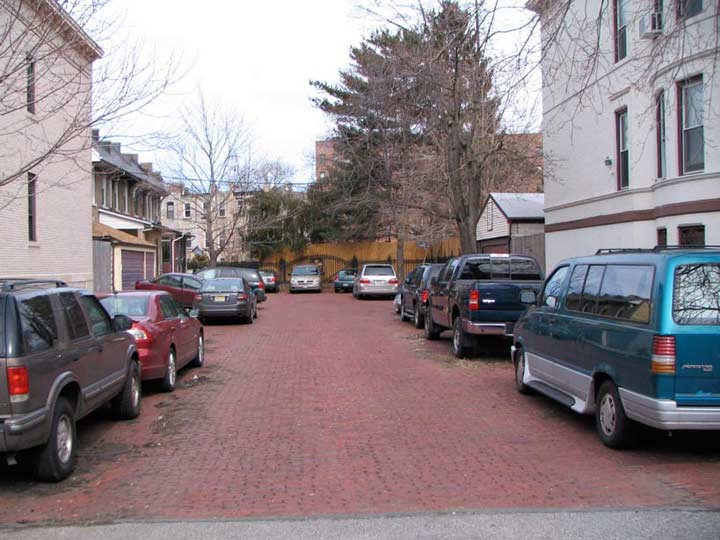 There are a pair of dead-end streets, Ridge and Bennett Courts, on 72nd Street between 3rd and 4th Avenues in Bay Ridge, my old hometown, so I’ve always been aware of its red brick pavement. Only a handful of streets I’m aware of in NYC are paved with red brick; a pair in the Fordham and Kingsbridge neighborhoods in the Bronx, a couple in Jamaica, Queens, and this one, Bennett Court. I’m unaware if the red brick pavement is protected by the Landmarks Preservation Commission, but it should be, as Belgian block pavings (not the same as this) are under fire as bicycling regains popularity. 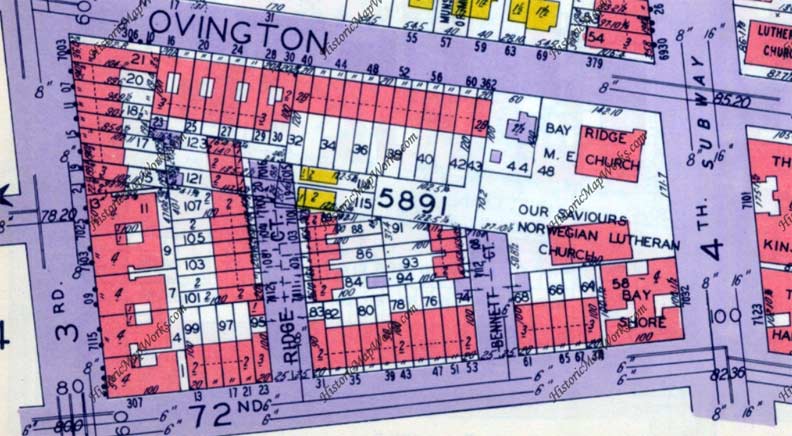 Bennett and Ridge Courts were developed in the early 20th Century on an unevenly-bordered plot created by a southwestern jog in Ovington Avenue (the original east-west road in the area). The Bay Ridge Methodist Episcopal Church, a distinctive ashlar-bricked structure dating to the 1890s, was sold and demolished about a decade ago. Both Ridge and Bennett Courts may have been red bricked originally, but only Bennett’s have survived.