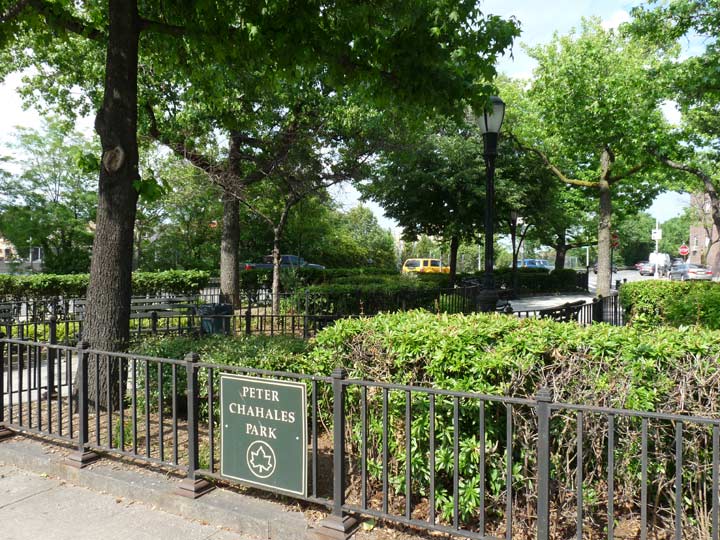 Peter Chahales Park is a small triangle of green with a couple of benches, hedges and trees at 69th Street, 58th Avenue and the Queens-Midtown Expressway in Maspeth. It was created in 1953 when the QMT was forced through the neighborhood by NYC’s 20th Century traffic czar, Robert Moses.

The park was renamed in 2001 for neighborhood luminary Chahales, a popular restaurateur (1922-1994) who was known as the “Mayor of Maspeth.” Before the triangle was renamed, however, it was called Horse Cars Rest Stop.

Before the expressway was built, this was the location of the Maspeth Depot, constructed in 1885 to serve horsecar lines that began running from Brooklyn to Queens along Grand Street and Grand Avenue in 1860 to Calvary Cemetery and extended to Maspeth in the 1870s. By the 1890s, the Dobbins were retired to pasture as Kings and Queens County streetcar lines were electrified, taking power from overhead lines or electrified wires embedded in the street. By the early 1950s, the trolley lines had succumbed to diesel-powered buses. 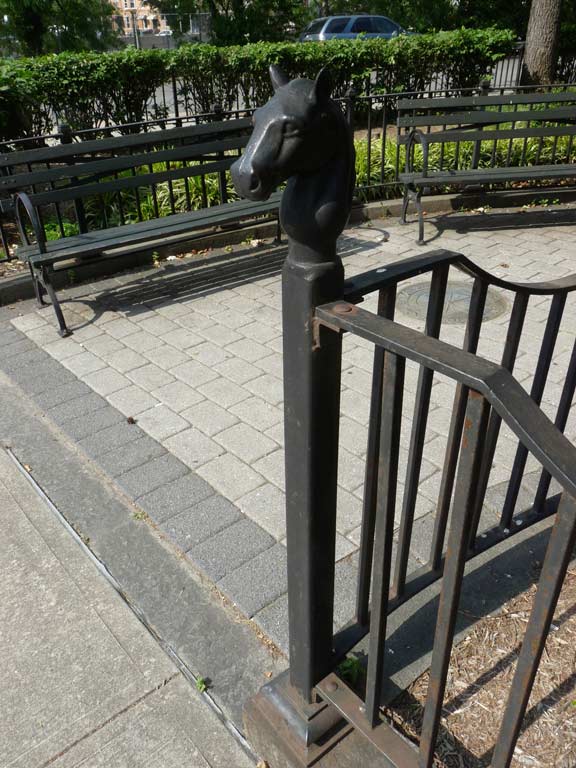 Though the triangle was renamed for Peter Chahales in 2001, a previous renovation in the 1990s had saluted its legacy as the locale for the horse car depot by installing iron horse heads on the park railings. These additions remain in place today.