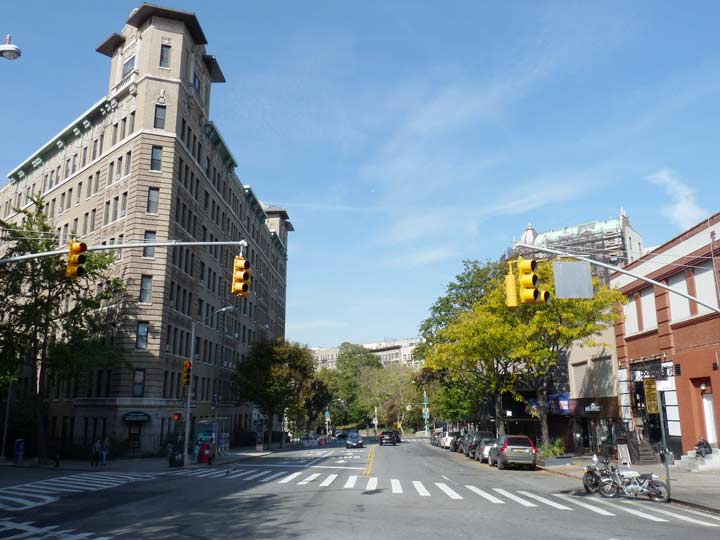 Edward M. Morgan Place is one of the busiest one-block streets in Manhattan, running northwest from Broadway and West 157th Street one block to West 158th Street, where its route is assumed by Riverside Drive. I’m fascinated by these minor Manhattan streets, and looked back for some clues about its origin and evolution. 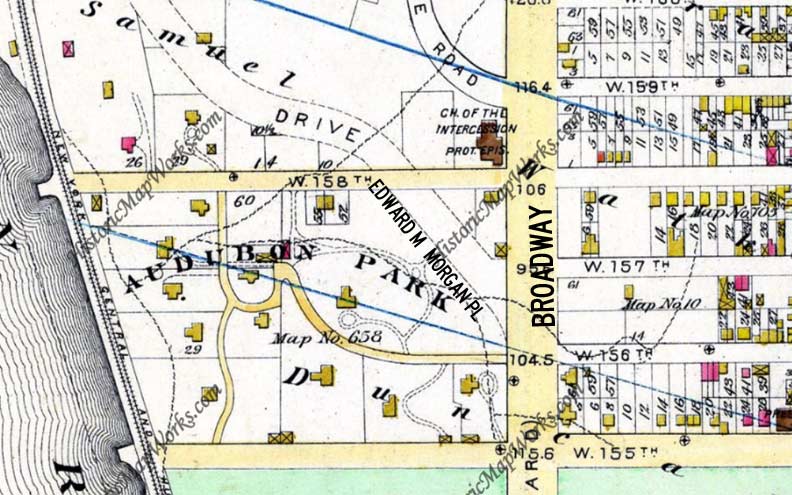 In 1885, Broadway was still known as The Boulevard (it would become Broadway in 1890) and most of the east-west streets had not yet been developed. Some, such as West 155th, which is the northern boundary of Uptown Trinity Cemetery, and West 158th, which ran to a Hudson River pier, were already in existence. However, Riverside Drive and the Henry Hudson Parkway, running along the Hudson, were still years in the future.

Audubon Park, a small area between the river and Broadway between West 155th and 158th, was already under development, and even today hosts a collection of interesting architecture that has been preserved as a NYC Landmarked District since 2009. The famed ornithologist and author’s farm was located where the cemetery is now in the early 1800s.

What would become a northern arm of Riverside Drive, and its southern extension Edward M. Morgan Place, existed as dotted lines on the map at this time. 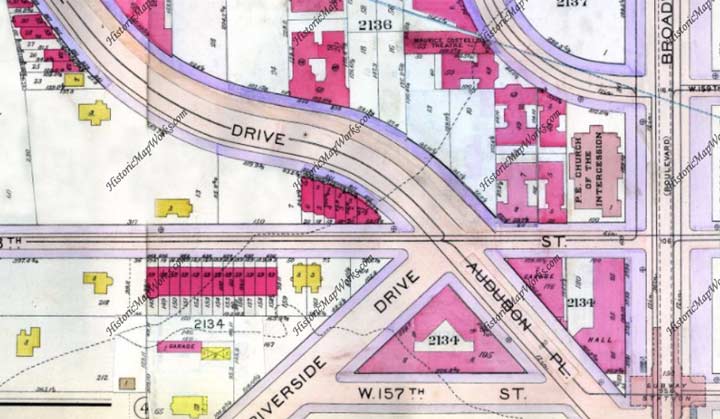 Jumping ahead to 1909, Riverside Drive has been built. While today it continues north from 155th Street, back then it ducked inward to intersect with Broadway at 158th and then meandered northwest again. Those portions still exist. Meanwhile, another shortcut to Broadway between West 157th and West 158th had been developed and named Audubon Place. 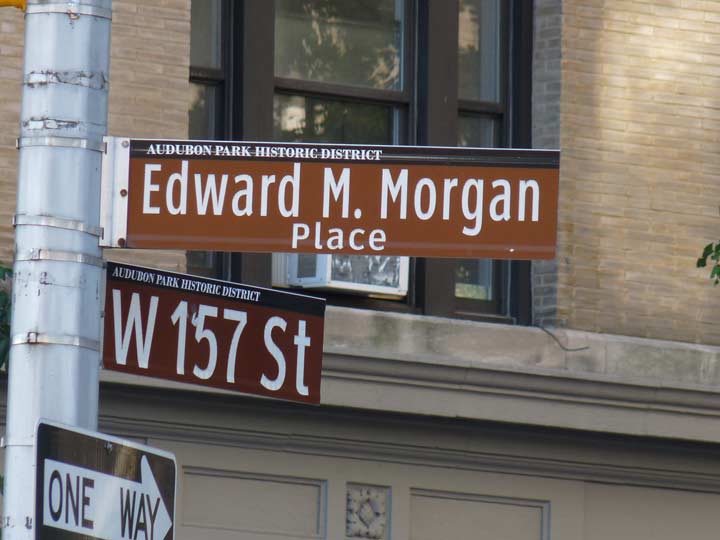 The street was named for Edwin W. Morgan in 1926; its namesake was a longtime, respected NYC Postmaster (1855-1925) who passed away while still holding the, er, ah, post, after 18 years. The Morgan General Mail Facility on 9th Avenue between West 28th and 30th Streets, which now handles most of NYC’s mail after the retirement of the James Farley Post Office, also bears his name. When I see the name on the street signs, I’m reminded of Robert W. Morgan, the longtime Los Angeles KHJ disc jockey. And the mail just keeps on comin’!

Speaking of namesakes, the Parks triangle at Broadway, 156th Street, and Edward M. Morgan Place is Ilka Tanya Payan Triangle, a local Dominican actress, attorney, and AIDS activist. I tried to write a Wikipedia page for this tiny park but it was erased.