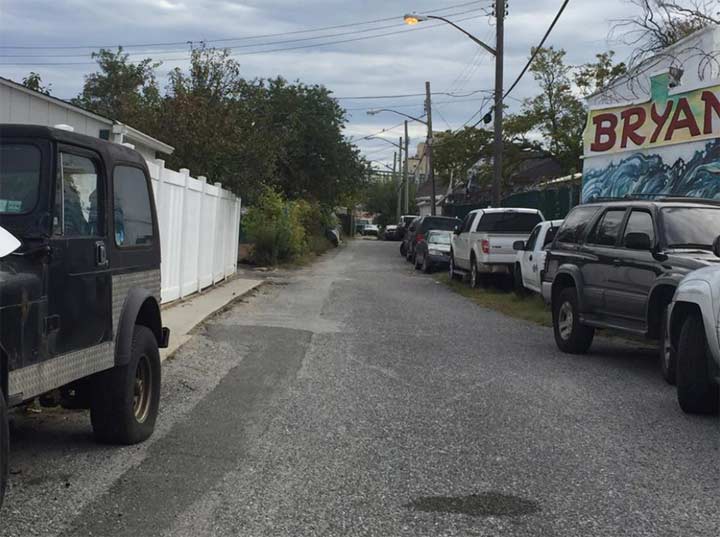 ForgottenFan and NYC infrastructure collector Larry Rogak has tipped me off to the presence of a Queens alley heretofore undreamt of in my philosophy. If you look at paper Queens maps such as Hagstrom, Beach 88th takes a slight jog to the northwest between Rockaway Freeway and Beach Channel Drive. It’s lined with one and two story houses, some of them reinforced bungalows, all with applications of aluminum siding. However the map reveals another street issuing directly north from Beach 88th north to Beach Channel Drive; Google Maps labels it Old Beach 88th Street, and Larry tells me there had formerly been a two-tiered white and blue Queens sign on Beach Channel Drive, reproduced above. The photo shows it at Beach Channel Drive. 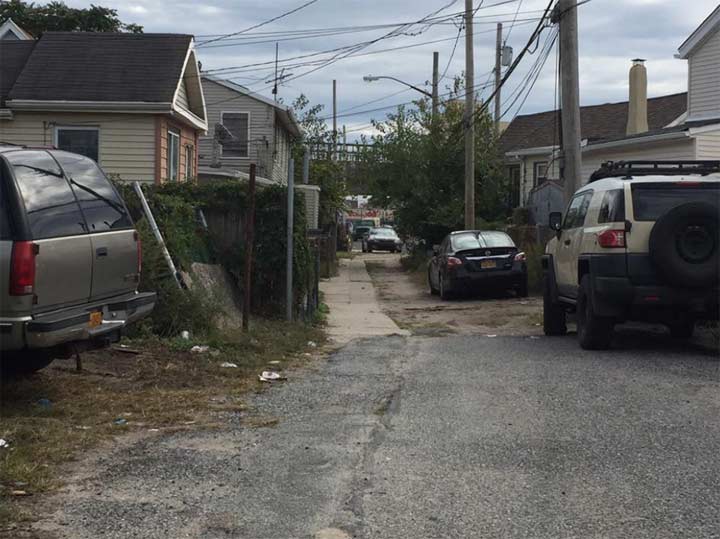 Not a lot of property faces Old Beach 88th and eventually it peters out to a walkway before intersecting with the “real” Beach 88th. 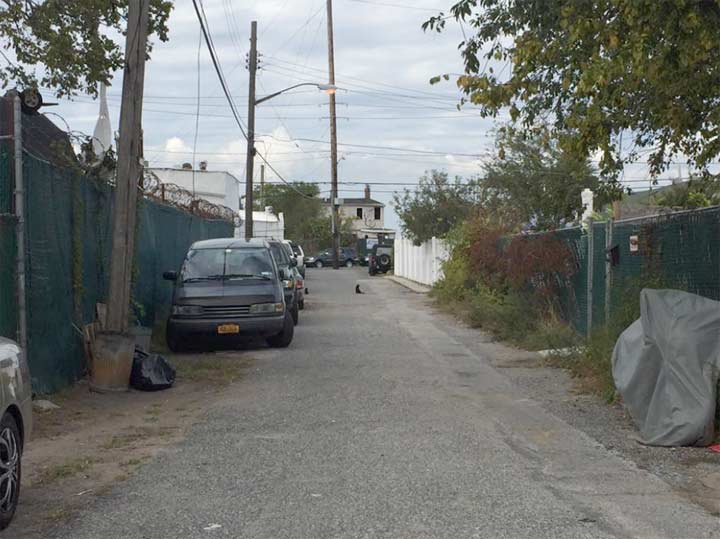 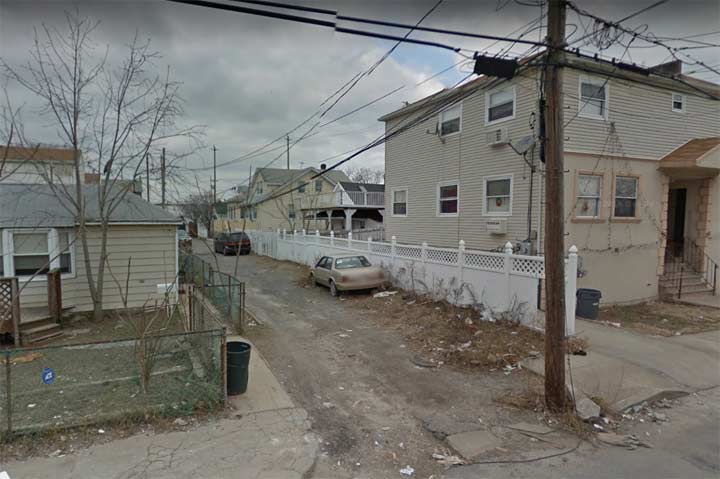 There is a second unmapped street between Beach 87th and Old Beach 88th, identified as Dormans Court on Google Maps. Here is a Street View of its intersection with Beach 87th. Note the city does not keep up with paving it all that much. 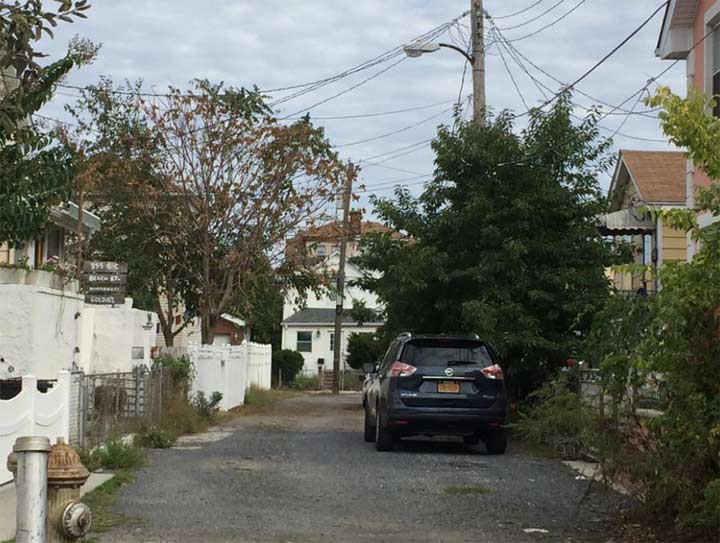 Larry Rogak view of Dormans Court. It does not make the street directories in any of my Little Red Book editions of Queens (there is a Dormans Road in St. Albans). Though the city illuminates Old Beach 88th and Dormans Court with streeet lamps, it does not deign to offer streets signs (a similar situation exists with 39th Avenue off Little Neck Parkway near where I live). I imagine city regulations regarding mapped streets are complicated in this regard, though common sense would seem to demand that if there’s a street, identify it with a sign. For legal reasons, I imagine it’s not as simple as that. 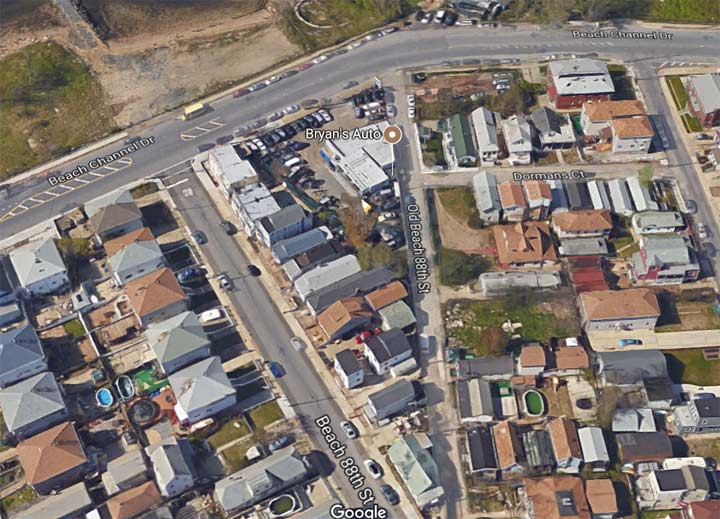 Here’s the Google satellite view, showing both streets. It’s not as hard to hide a street as it used to be!

Whenever we made a pilgrimage from Flatbush to Rockaway over Cross Bay Boulevard, I remember seeing the word Hammels on the traffic signs…always intrigued..Had a far away sound…

I never knew Hammels was actually a neighborhood name. I knew about Hammel’s Wye on the LIRR/NYCT line but always thought it referred to someone named “Hammel”, like Boland’s Landing on the LIRR in Queens. The Rockaways are a mysterious place – they are neither fish nor fowl.

Missing signs reported to the NYCDOT:

I have a location to report, how do I do it?