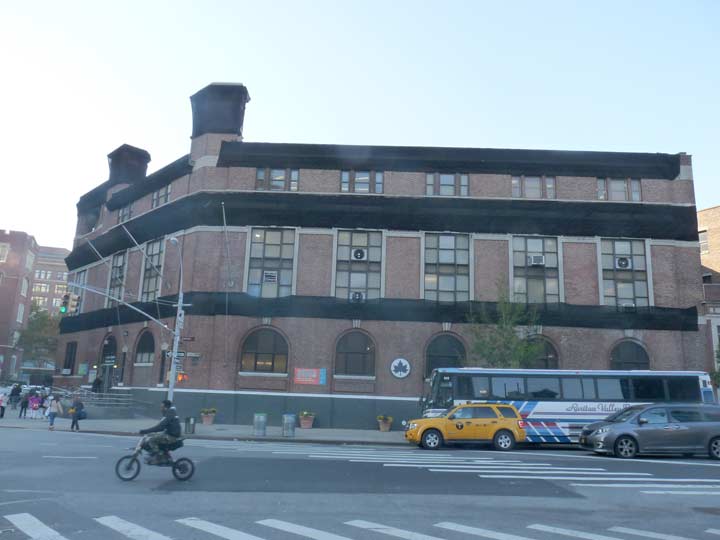 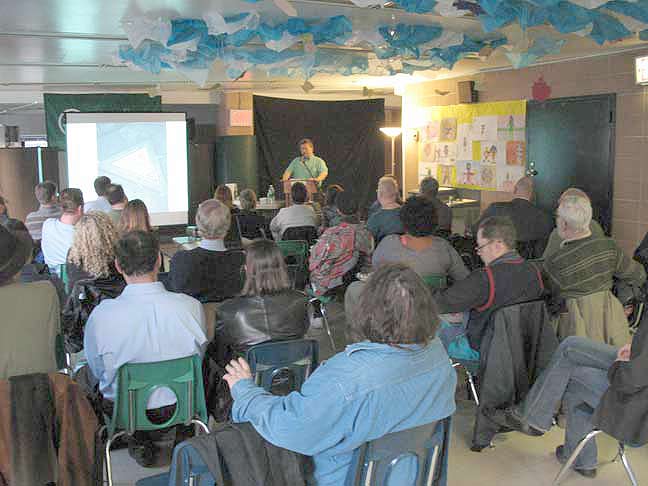 I had always been intrigued by the Tony Dapolito Recreation Center, which stands guard at the cusp of two worlds on 7th Avenue South and Clarkson Street. It is here that Clarkson Street becomes Carmine Street, Varick Street becomes 7th Avenue South, and SoHo becomes Greenwich Village. When Forgotten New York The Book came out in 2006, this was one of the venues where I gave a chat for the book’s initial promotion. Yet, the building itself always looked like it was older than the usual park administration buildings that you see next to some public parks.

As it turns out, the Dapolito Recreation Center opened as the Carmine Street Bathhouse in 1908, one of many bathing and washing facilities opened around town at a time when not all tenements enjoyed hot water. It was designed by Renwick, Aspinwall and Tucker and cost about $135,000. The structure was built with a gymnasium and classrooms as well as bathing facilities. 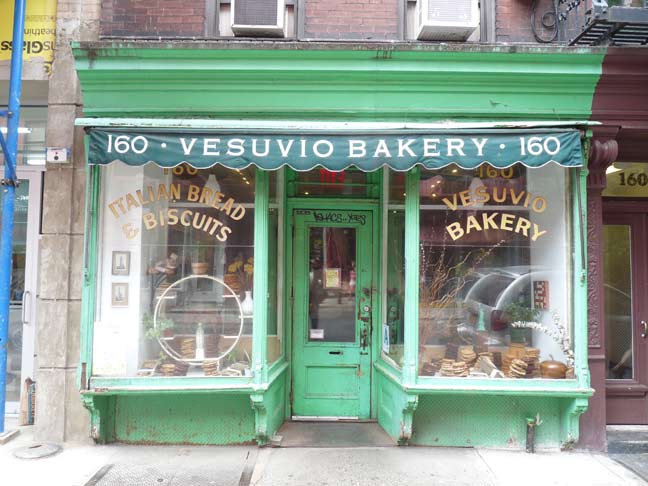 The building has had several additions over the years and attained its current configuration when 7th Avenue South was extended from Greenwich Avenue to Varick Street in 1914. In 2004 the facility was renamed for Anthony V. Dapolito (1920-2003), the woner of the former Vesuvio Bakery on Prince Street and a local community leader who helped lead the fight against Robert Moses’ projects. The “Master Builder” wanted to build a road through Washington Square Park and connect the Holland Tunnel and Manhattan Bridge with the Lower Manhattan Expressway, which would have run on Broome Street. 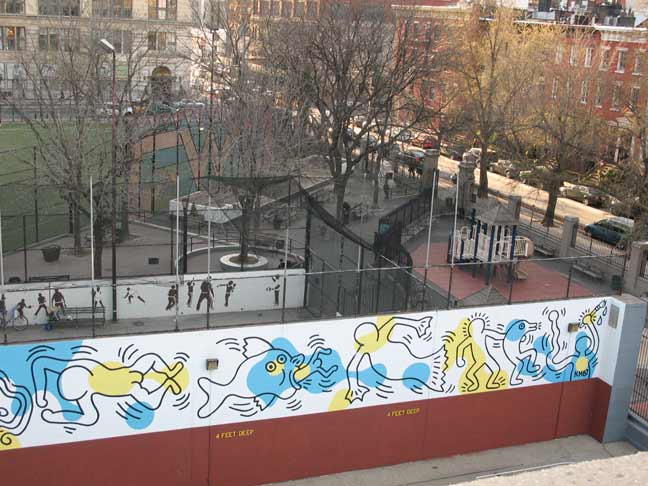 The facility’s swimming pool, located on Leroy St/St. Luke’s Place and opened in 1939, boasts a lengthy original mural by Keith Haring (1958-1990) on the swimming pool wall with a sea theme. Measuring 18 feet high by 170 feet long and taking its cue from the hues of the pool’s underwater surface, the mural depicts bold, stylized motifs of fish and children as well as abstract shapes in black, white, yellow and blue.

The exterior was used as a police precinct in the 2011-2016 “Person of Interest” television series.

I believe this facility was used in the movie Raging Bull