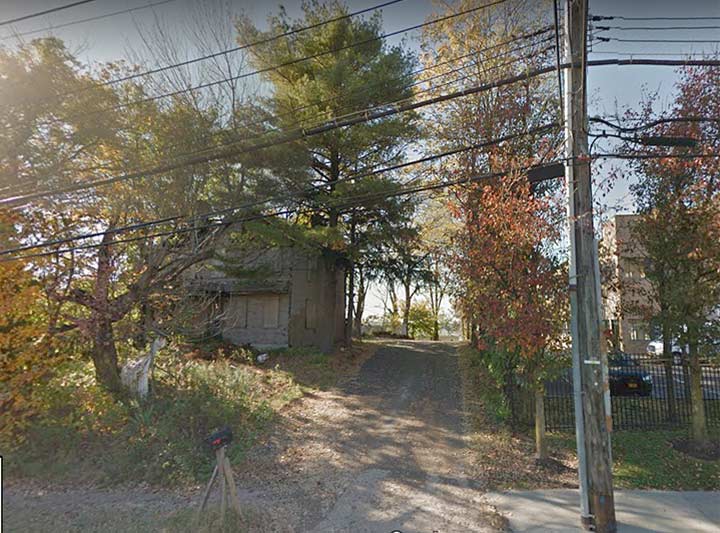 I discovered a very old lane in Charleston, or Kreischerville, Staten Island on 10/1/17 in an unusual circumstance: A Forgotten New York tour I was leading. The group was making its way along Arthur Kill Road on the way to Winant Place and its collection of old churches and dwellings when I passed an abandoned building. I had been aware of it for several years — it’s been deteriorating for what looks like over a decade — when I was alerted to a dirt road leading to a dead end. 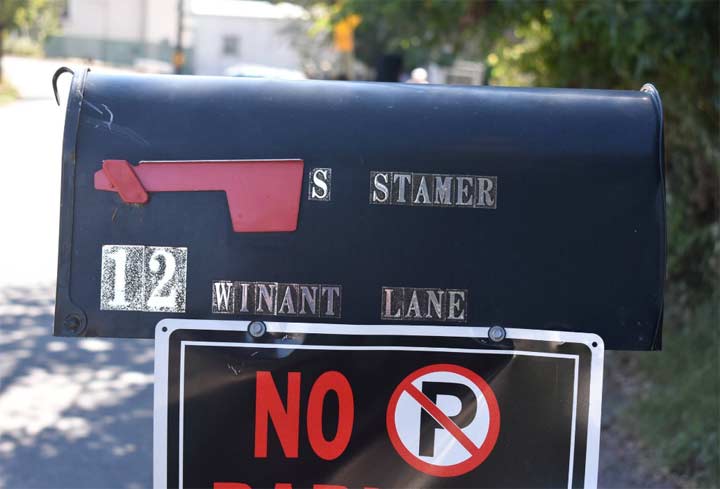 The surprisingly intact mailbox supplies the name of the road — Winant Lane — which the Department of Transportation refuses to provide, as is the case of many streets that are not officially on NYC maps. 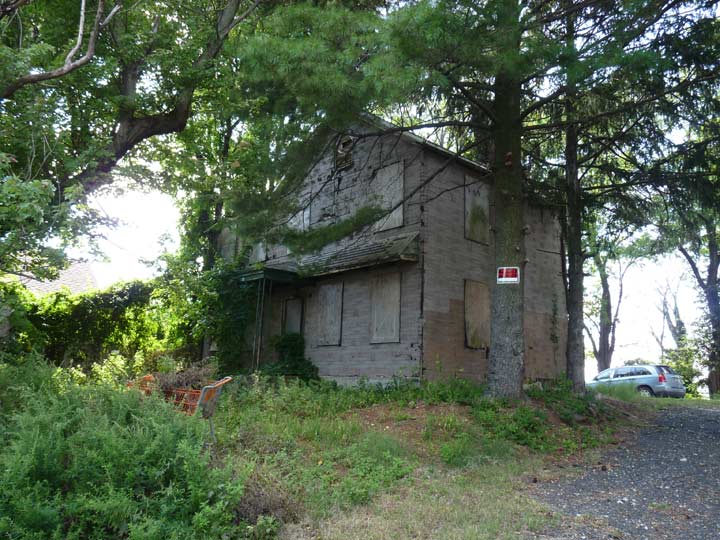 The address can’t be the abandoned house, as it faces Arthur Kill Road, in any case.

We did not have time to explore Winant Lane on the tour, as we had a number of scheduled sites to look at, so I consulted the overhead satellite view from Google, and it indeed shows an intact house at the end of the dirt road, with an exterior swimming pool yet.

The Winants were a prominent family scattered around Staten Island beginning in the colonial era; there is a Winant Avenue in Rossville, a Winant Place (and Lane) in Charleston, and a Winant Street up north, in Mariners Harbor. The Winants owned a large tract in what is now Clay Pit Ponds state Park, and sold it to the Gericke family in 1946. The Gerickes still run a working farm in the state park. Through a partnership between NYS Parks and Recreation, CUCE-NYC, and the NYC Board of Education, Gericke Farm has become a full-time, off-site school and agricultural laboratory for young adults with special needs. I’ll have to check it out next time I’m in Charleston.

Wonder what’s the relationship between Winant Lane and nearby Winant Place?

I’m wondering what’s the story with the abandoned house!

Any guess on the date of construction on the abandoned house?