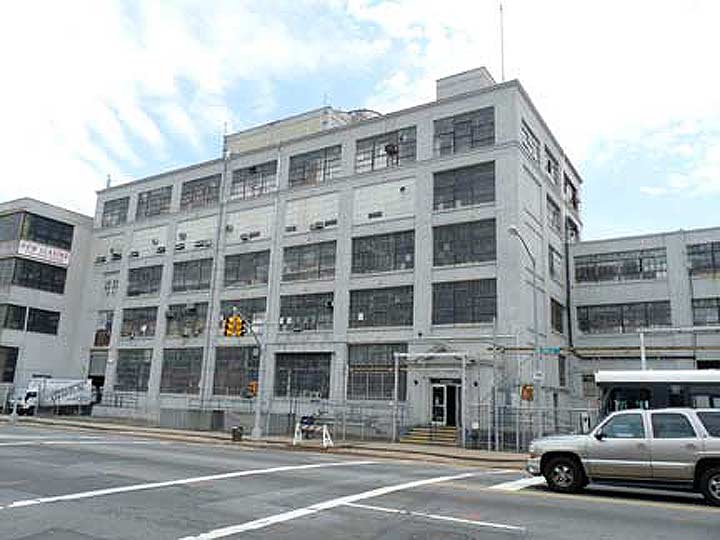 This rather nondescript factory building at Jamaica Avenue and 184th Place in Hollis produced the stuff that kids’ dreams were made of for Ideal Toys for several decades from the 1950s through 1982, when the company moved to Harmon Meadows, NJ. Ideal was founded in 1903 as the Ideal Novelty and Toy Company in Brooklyn by Morris and Rose Michtom. The company’s first big hit was the teddy bear: the stuffed ursine was inspired by President Teddy Roosevelt. Ideal quickly expanded into the country’s premier toy manufacturer, enjoying success with dolls such as the Betsy Wetsy and Tammy. 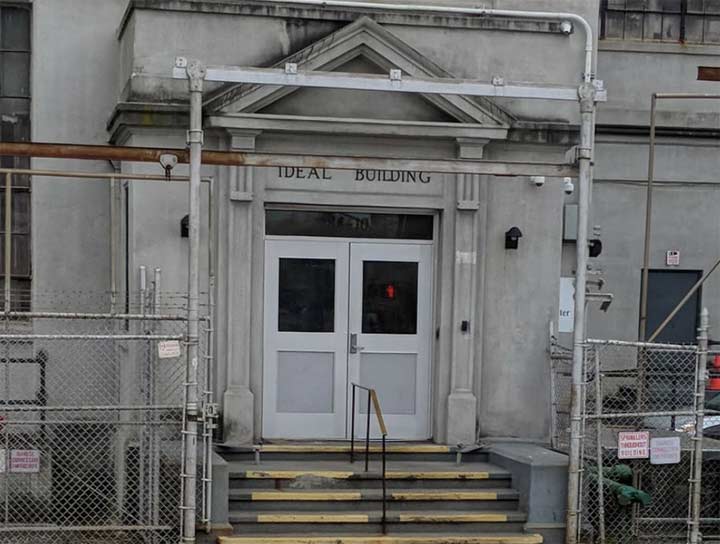 By the time I arrived on the scene in the 1960s, Ideal was producing popular board and party games such as Mousetrap, based on the Rube Goldberg comic strips, and Hands Down. Before it was sold to CBS in 1982, its last big hit was the Rubik Cube, which is impossible to solve. I know, because I have tried twice.

In 2014, Ideal was sold again to Alex Brands, which still produces toys, dolls and games under the Ideal name.

An interesting aspect of the company was that it wanted to build a factory adjacent to the Iron Triangle in the early 1960s, but could not manage to lock down a deal. Shea Stadium was constructed on the site instead.

Is the building still in use for anything?

As Ideal was moving out in 1981 Rodless , the new owner moved their quilt manufacturing from Manhattan. and began renting parts of the building to various companies. My sllk screen supply company, Victory Factory moved here in 1981. We are still here as are a few trucking companies, The French Connection NY headquarters and several other companies. Recently, Gotham Greens built a huge greenhouse on the roof growing salad.
The building changed hands again in 2016 and is currently being improved by the new owners.

And as Magilla Gorilla would say the toys were ‘Ideal’

I remember the building well, It was on my Sanitation route when I worked for NYDS in the 80’s and NYC also had offices in the building at the time. NYC would put out some bags for pick-up and Ideal would mix some bags into the pile. There was some good pickings of old toys as they were cleaning out the building for the move!!! My Mother and her friends worked there in the 60’s, more free toys!!! Those were the days…….Rich T

Ideal made my favorite dolls when I was a little girl in the 70s. I still have one that I received for Christmas in 1972.

Since the 80s I guess, as commuters whiz by the backside of the building on the LIRR, there has been a sign admonishing that “If you rented here, you’d be at work by now…”. Always thought that curious. Building kind of decrepit even then. I think my dad worked here in the 50s as a stock guy, and he would mention as we drove by headed back to Bellerose from his relatives in Brooklyn. We were impressed as kids.

I used to climb over a wall in back by LIRR in mid 50s. My friends and I went through the mistakes. We got toys that were just fine for us

My parents worked there and so did my grandma and uncle. My grandma held on to the very first dolls that they made. It was a flat face doll with white hair and a wedding dress. Don’t know where it is now though. I always had memories of what my parents did when they worked there only because my uncle told me how popular my dad was. My dad mixed the powder and they gave him a nick name. It seemed like everyone got along well at the work place. It was sad when all those people lost their jobs. Never knew my dad, but it sure was nice to know that he loved his job so much, that he became so popular at the work place.

I’m writing a book on the dollhouse furniture produced by Ideal in that very building! Can I have your permission to use your image? Of course, I would credit you and the site.

I built a model of the clipper ship Golden Hind produced By Ideal. I was 18 I am now 81 and want to reclaim my youth. Can you help me locate the original unbuilt model? I have recently retired and now have the time to rebuild my masterpiece. It was a work of art. No luck on Ebay.
Thanks in advance
Stu Coleton
8 Apple Hill Lane
Peekskill, N.Y. 10566
914-238-3981
stu.coleton@gmail.com

My husband’s father worked there in the 60s as a janitor. His name was Charles Wayland (not sure if last name is spelled correct). He is trying to locate his father. He had a sister named Linda. Would appreciate any help!!

The present Ideal Toy Co. building, in the middle 1970’s had decorative cows heads affixed to the front of the building, when we last saw the building and the area.
Was this building a creamery, or milk plant before Ideal moved into it and are the cow head decorations still on the buildings facade?
Please, if you would advise.
Thank you,
Sincerely,
Ralph Lambiase, Sr.

my uncle and aunt had a luncheonette across the street until the 1960s. Willie and Helen Cohen. Does anyone know the name of the luncheonette?

My dad Douglas Jennings worked there. It was great Christmas at our house. He loved his job, and got along really great with his colleagues. They bought him a little radio, so he could listen to his country music. I guess at worked that was what he liked to listen to. At home he listened to country, and jazz from the 40s and 50s. AS you can imagine, Christmas was always great.