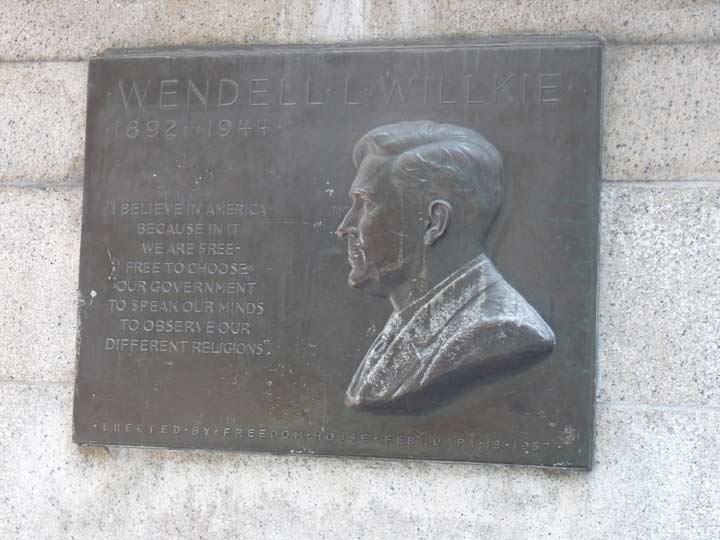 Wendell Willkie is one of those historical figures honored in and around Bryant Park that like William Earl  Dodge and Gertrude Stein, may not be immediately recognizable to the everyday public, but if that sends ’em scrambling to their encyclopedias or, more likely, Google, that’s not altogether a bad thing. Personally, I only knew about Willkie because he was mentioned in a Bugs Bunny cartoon, the one where the rabbit is battling a gremlin on a WWII fighter plane.

Wendell Willkie was nominated for president on the Republican ticket in 1940, with backing from the New York Herald Tribune, and earned 45% of the popular vote against FDR. Willkie later went to work for FDR during World War II, serving as a roving ambassador. He remained active in politics — entering the 1944 race despite his collaboration with FDR — and was known for his philanthropy and civil rights activities in his remaining years. He died of a heart attack at 52 in New York in 1944.