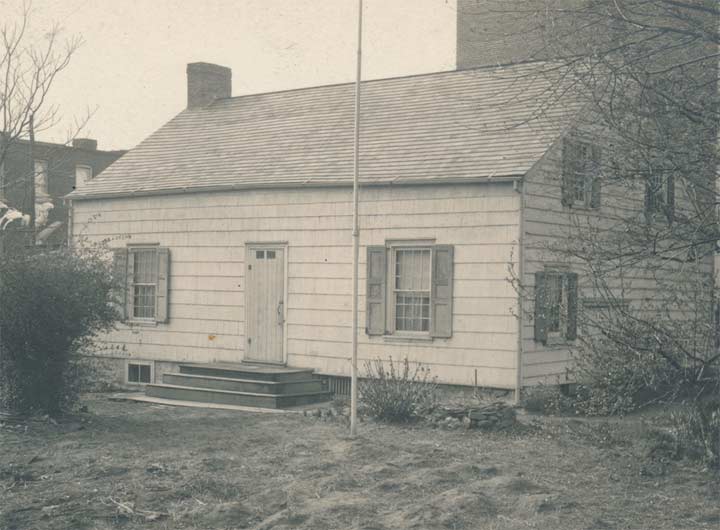 The Duryea House in East New York is one of the Colonial-era Dutch houses that were lost before they could be landmarked. Several of these houses still stand in Brooklyn, less in the other four borughs. Most are now under Landmarks protection, and serve as private homes or are maintained as museums.

The Duryea House stood at 562 Jerome Street, just south of Dumont and a block away from the el on Livonia Avenue. The house was constructed by Christian Duryea in 1787; Christian was a descendant of Joost Durie, who had arrived in New Utrecht in the 1670s. The house originally stood in the Town of Flatbush until the Town of New Lots was formed from the part of Flatbush in today’s East New York. New Lots was annexed to Brooklyn in 1886, and Brooklyn to Greater New York in 1898.

The house stood for centuries, mostly unknown except for a succession of owners until the last one, Frederick V. Eversley, died in 1982. By then East New York was ravaged by fiscal crises, and the complete domination of crime fueled by drugs in East New York. Its neighboring dwellings and apartment houses were abandoned.

The NY Landmarks Conservancy became aware of the house in the 1980s and conducted archeological digs, which uncovered nearly 15,000 artifacts, ranging from 18th-century pottery to early 20th-century glass. Plans to move the house to Floral Park, NY or Highland Park were opposed by Borough President Howard Golden’s office.

Nothing further could be done and the house was occupied by squatters and drug dealers. Finally, most of the Duryea House was consumed by fire on November 8, 1989. Photos of it before and after the fire, ruled as arson, cane be seen at East New York Project. 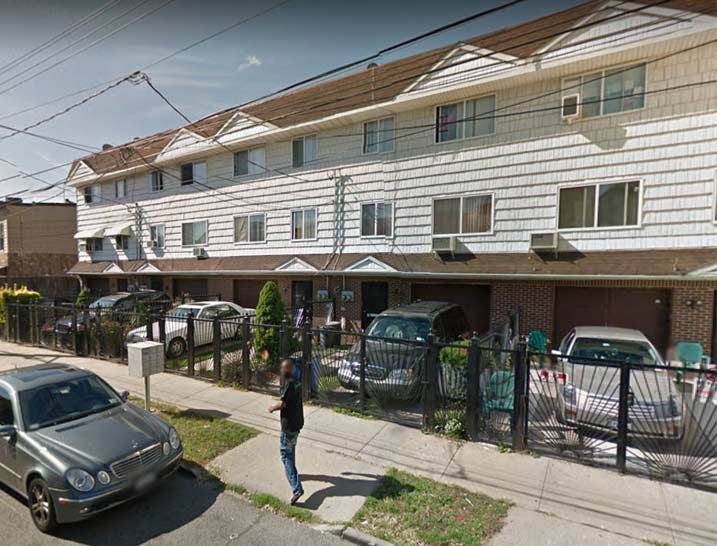 Shortly after, this batch of attached homes were constructed in the colonial farmhouse’s place. East New York, like much of Brooklyn, has recovered somewhat from the ravages of the 1970s and 1980s, but still has a ways to go.

I believe that some shingles and other fabric from the Duryea House were used in the restoration of Poe Cottage in the Bronx.

the links provided are the same, i.e. both are the NY Times story

Disgusting row houses! I liked East New York better when it was a burnt-out slum! It all looks the same now. Nothing interesting to see anymore. All of the artifacts of what used to be there are gone or covered over.

Well, isn’t that special. Why, who cares whether the residents of the neighborhood have decent housing to live in, or burnt-out slums? The main thing is that Nunzio has interesting stuff to see.

John Regan and his spinster schoolteacher sister still lived in the Duryea House in the 1930’s into the early 1940’s. They are listed there in the 1940 Census. The house was abandoned until Fred Eversley, who was working for the Fire Department bought it and fixed it up. His son “Buddy”, helped him . One of the projects was a new picket fence along the Jerome Street frontage. Buddy arrived in his U.S Army uniform with his wife. She was expecting a child at the time and she lived there for a while. Is it possible that you, Ocean Eversley were that unborn child living in Fred’s house in the early 1950’s? I was a neighbor . If you have any questions, contact me.

Hi Mr. Moskowitz. Ocean is my cousin Fred was my grandfather and William “Buddy” was my dad. He was married to Claire my mom who was actually Fred’s daughter and Joyce’s sister and the unborn child was my oldest sister Linda. It is so good to see someone who remembers them and the Duryea House. I remember visiting many times as a child before it burnt down the last to clean it out after my grandfather died.

They knocked down a beautiful old house on Rlington Avenue to build some ugly row houses. I would love to meet the person that made that decision and punch their lights out.