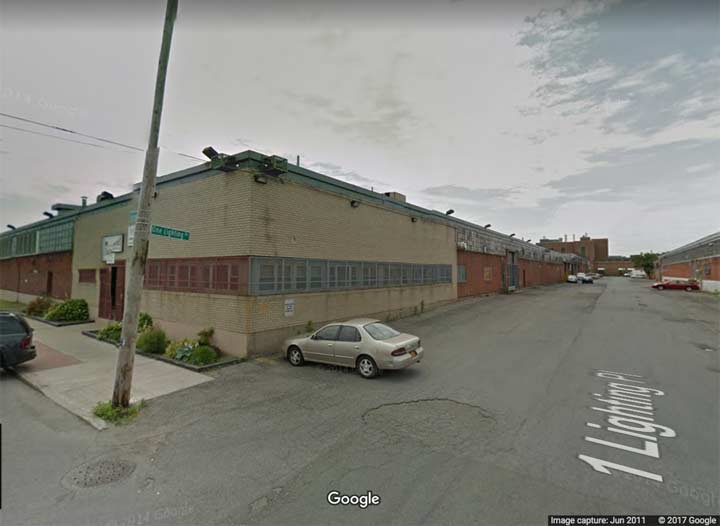 Since I began this thing of mine in 1998 I believe I have visited Hunt’s Point in the Bronx only about three or four times. Most of its southernmost section is heavily industrial in nature and avenues and side streets above look like this photo. Like southern Brownsville, I’d find it convenient to bicycle through while avoiding the perhaps more troublesome areas. There are mysteries to plumb, though.

The last block of Faile Street, between Viele and Ryawa Avenues, bears one street sign at Viele, “One Lighting Place.” In the late John MacNamara’s History in Asphalt, One Lighting Place does not appear. The name has appeared on Hagstroms since the 1980s, so it was bestowed a couple of decades ago. The name of a local business, perhaps?

Viele Avenue is named for civil engineer Egbert Viele, whose map of Manhattan’s underground waterways is still used by architects; he also was the first Central Park designer before Calvert Vaux and Frederick Law Olmsted took over.

Ryawa Avenue, though, seems to be another headscratcher. McNamara says it could come from Viele’s Railway and Water Association, or Railroad Yard and Warehouse, or the Native American “rekawi” (sandy) and “ani” (path). Take your pick!

Just to enhance the mystery, on the Ryawa Avenue side, the street sign reads “FAILE ST”.

On the NYCityMap, no mention of 1 Lighting Place.