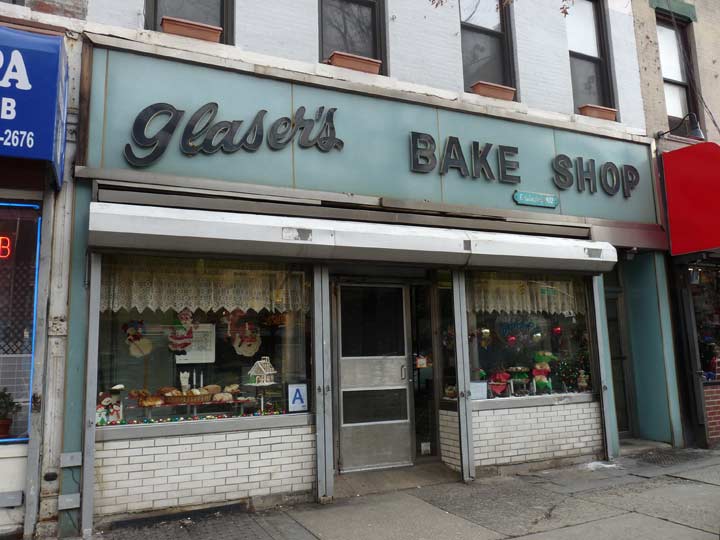 In June 2017 I visited the doctor for the first time in awhile. My weight, blood pressure and blood sugar were all up, not to dangerous levels that would make me sick, but enough for me to make some changes. Out went the pastries, donuts and bagels for breakfast and in went nut bars on some days, oatmeal other days. Out went to Ring Dings and Devil Dogs for dessert. If I have dessert, it’s an oatmeal bar with fruit filling. One cookie before bed, and one bagel per week. I bought a bicycle which I rode 3 times per week, though I will have to train myself to do it in cold weather, which I have never preferred to do. I lost 20 pounds in two months, which has plateaued now that it is cold, but I don’t anticipate going back to the old ways again.

I did a Holiday House Tour in Flushing (photos from this will appear in FNY soon). At the Quaker Meetinghouse on Northern Boulevard, platters of donuts were laid out. I did not touch one and frankly, I did not really feel cheated.

After taking the MTA Holiday Special (they run old cars from the 1930s up the 6th and 2nd Avenue routes on Sundays) I decided to walk south on 1st Avenue toward Grand Central. Between 87th and 88th Streets on the east side of the street I saw an old-school sidewalk sign for Glaser’s Bake Shop. It looks like the sign dates to the 1970s, possibly 1960s. However, a very small inscription on the lower right says, “Established 1902.” 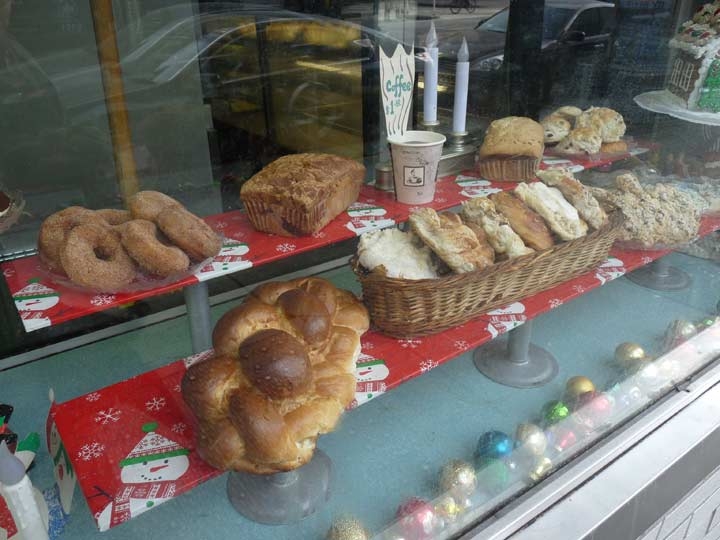 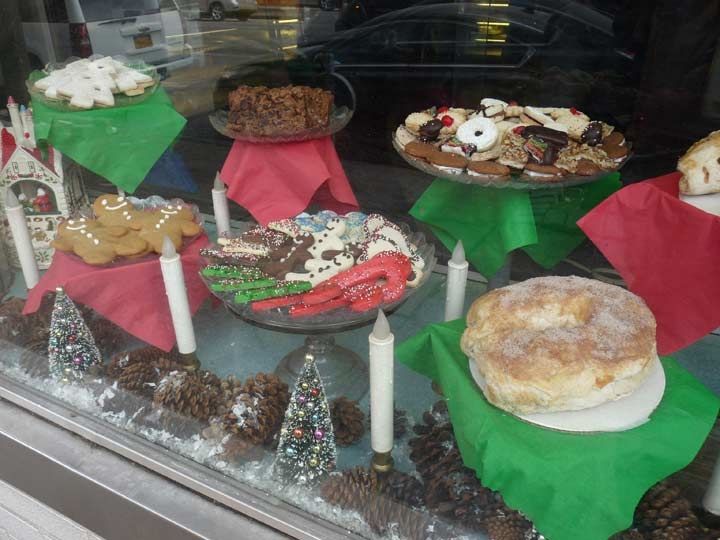 I went to the go-to volume for ancient NYC businesses, Steve Radlauer and Ellen Williams’ The Historic Shops & Restaurants of New York (also see Jamie McDonald’s New York Originals) and sure enough, Glaser’s is in there. German immigrant John Glaser had already run several bakeries before he bought the building here at 1670 1st Avenue. His descendants still run the place today. The bakery’s 1918 oak cabinets, original light fixtures and mirrors and decades-old tile floor, inset with the bakery’s name, are still in place. You can look into the back of the  store and see the bakers, which include Herb and John Glaser, the third generation of Glasers, at work. The first John Glaser’s recipe book, handwritten in German, is still in use. The shop closes for part of the summer, as is done in the old country. Of course online product reviews are nearly uniformly positive.

I resisted temptation, and continued my ambling.

Kevin,
Congratulations on your weight loss! It’s not easy, as most of us know, whether it’s 10 pounds or 100.
Alternative medical practitioners will tell you that if you do cheat once in awhile with donuts or pastries, the trick is: only have a small amount, following a larger healthy meal, and eat or drink some kind of citrus with the dessert to mitigate its harmful effects.
Also, you don’t need to kill yourself with exercise. Although it’s good for overall health, for weight loss all you need to do is eat smaller portions all the time from now on, and drink a small glass of water every time before you eat. That way, you’ll still feel satisfied and not hungry after your smaller-than-usual meal. Drinking more water is the absolute easiest way to lose weight.
Eat organic foods whenever possible.
Nightly stretching exercise at home before bedtime also accomplishes a lot of good for the body.
Good luck in your quest for a healthier life. I hope you’ll still be around for a long time yet, because your Forgotten New York work is such an important contribution to society.
Take care of yourself, and Happy Holidays!
Renée
in Tucson
(former Staten Islander)