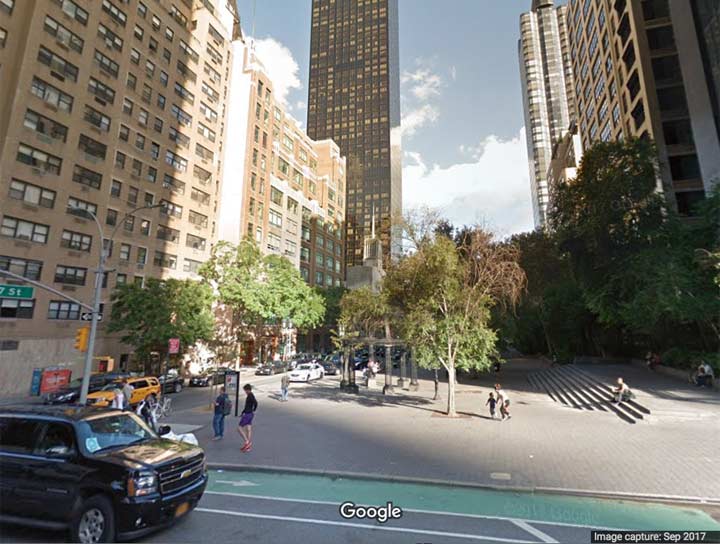 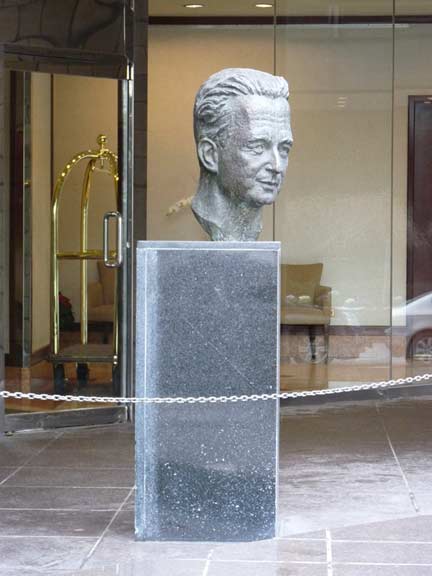 Dag Hammarskjöld Plaza runs from 2nd Avenue east to 1st Avenue at East 47th Street, constructed by the NYC Parks department shortly after the UN opened on 1st Avenue in stages between 1947-1953. Mostly a concrete plaza with benches, it was named for the second UN Secretary-General, Sweden’s prime minister Hammarskjöld (1905-1961), and re-landscaped with decorative metal structures and new benches in 1997-1999. Unfortunately the direct view the park had of the famed Long Island City Pepsi-Cola sign is no longer possible after the sign was moved.

(I do think Ari made Hammarskjöld look a bit like Mr. Exeter, the high-foreheaded alien from the planet Metaluna, played by Jeff Morrow in This Island Earth (1955).