THE PERSISTENCE OF PEPSI 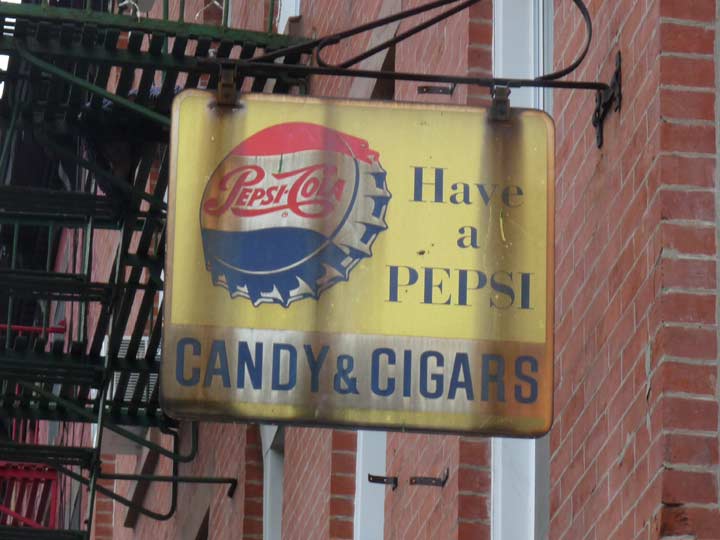 I was staggering around Fort Greene on a mild February Saturday. The rain had not arrived but it was coming up fast. In my estimation, I had about an hour to get in the daily FNY foraging, because I melt in the rain. I don’t talk about the weather in here, but I despise rain. You will find very few rainy FNY photos, and I despise when I have to do a tour in the rain. Snow is another matter: I’ve done entire shoots in snow; in the Blizzard of 2010, the day after Christmas, I went about 6-7 miles in Morrisania in the Bronx, figuring whatever miscreants there were in that tough part of town would be indoors. 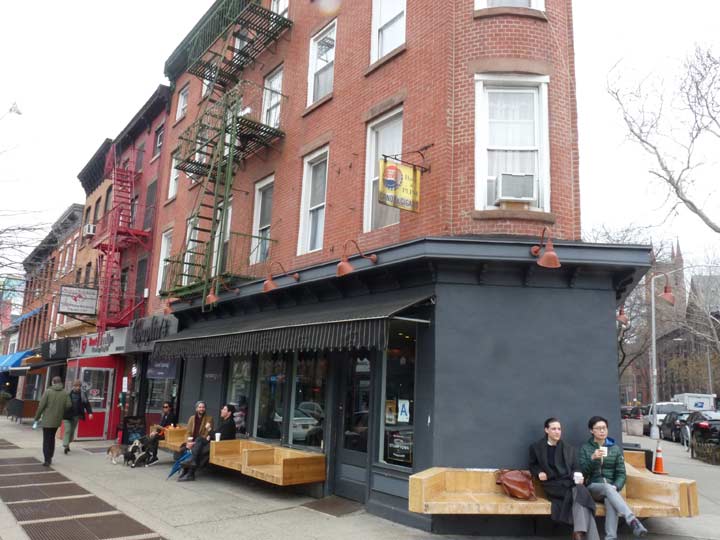 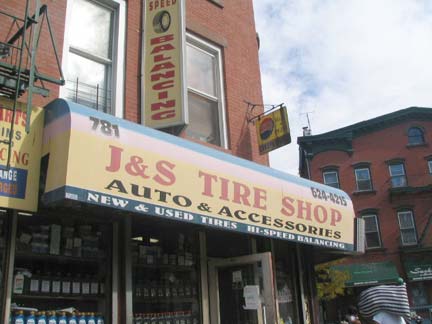 As I passed a joint called The Hungry Ghost on Fulton at South Oxford, I spotted an old friend: this 1940s-era Pepsi-Cola awning ad, which has survived through any number of regimes here. The last time I spotted this sign it was in 2004 and I was taking a walk down Fulton between downtown and East New York with Mike Epstein, who was then running a site called Satanslaundromat, so named because he lived at 666 Fulton.

Back then the sign was hanging outside J&S Tire Shop in an era when Fulton Street was, we shall say, a bit more rough and ready than it is now. Since then, the craft beer and designer coffee crowd has taken over, and Fulton has become a bit more homogenized.

But nevertheless, the Pepsi sign has persisted, as Mitch McConnell might say, probably because it would be a pain in the ass to take it down.

That’s probably why FNY is still around after all these years, too.

Kevin, you may despise rain but please keep in mind that nobody ever got a heart attack from shoveling rain.