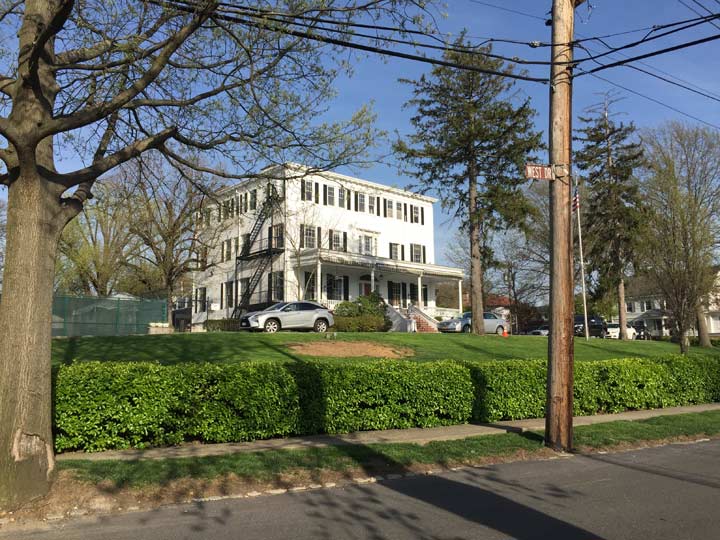 Major Thomas Wickes, a patriot originally from Huntington, owned the entire Douglaston peninsula jutting into Little Neck Bay after the Revolutionary War, and subsequently sold it to Wynant Van Zandt in the 1810s. Scotsman George Douglas purchased the peninsula from Van Zandt in 1835. The region was later developed as a suburban resort and exclusive enclave, and enjoys pleasant views of Little Neck Bay and Long Island Sound. Streets were laid out in 1906 by the Rickert-Finlay realty company, who had purchased the property from William Douglas, George’s son, and eclectic, individualistic homes were built in the area, which has always been among Queens’ most affluent. The streets have retained their original names and have ignored the Queens mania for giving every street a number. The Douglas name was appended to the area in 1876, after William Douglas had donated a Long Island Rail Road stop. Today, mansions in Douglas Manor can sell for $4 million or more.

The young John McEnroe honed his tennis game at the Club in the early 1970s. In 1977, McEnroe and fellow Douglaston resident Mary Carillo won the mixed doubles championships at the French Open; the outspoken McEnroe (on the court and off) went on to a lengthy career in tennis, with epic battles against the likes of Jimmy Connors and Bjorn Borg.

My grandparents lived in Doglaston on Melrose Lane for over 60 years. My father learned to play tennis at this club and won several tournaments. As kids, my sister and I swam at the beach and caught horseshoe crabs by the club’s dock. Great memories.