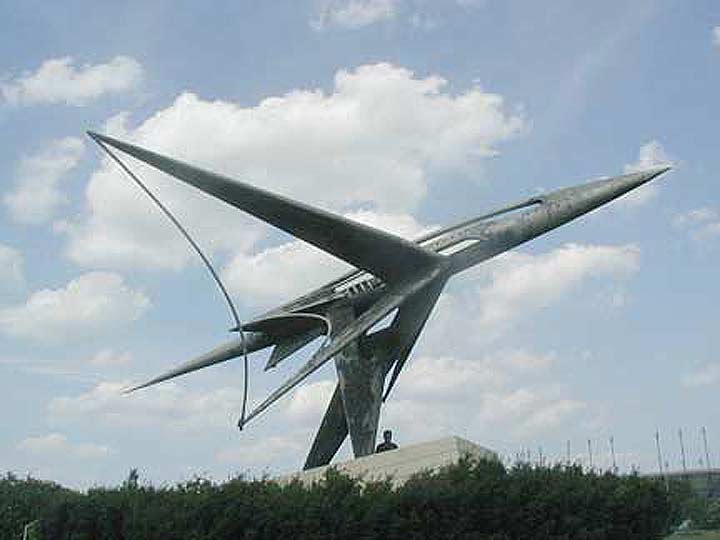 I couldn’t get to everything on last week’s World’s Fair Remnants tour, so here’s one item we overlooked.

Located on a rather out-of-the-way path between the Hall of Science and the parking lot along the LIRR, Polish-born Theodore Roszak’s (1907 – 1981) Forms in Transit vaguely resembles the now-retired Concorde jet, which would not begin flying for a few years after 1964. A resident of Staten Island since the 1930s, Roszak studied in France, Germany and Czechoslovakia and was employed during World War II by Brewster Aircraft on the assembly line. After works such as Spectre of Kitty Hawk (at MOMA) and Sentinel (now on 1st Ave & 27th Street) he received a commission for the NY World’s Fair and produced Forms in Transit, a 43-ft. long work made of aluminum and steel, meant to embody the spirit of flight without depicting a specific airplane. Part of the statue became corroded and was removed in 1970, but the exterior skin has been allowed to remain weathered to show the vessel passing through the atmosphere.

It has a Buck Rogers/Flash Gordon look about it.