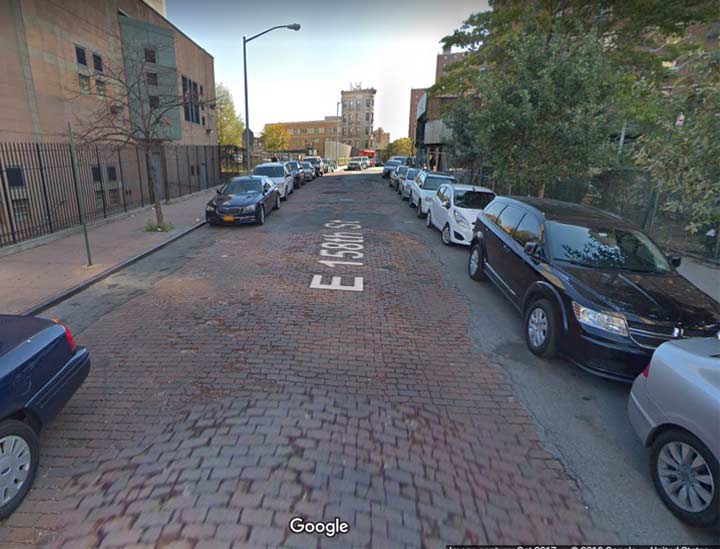 I was knocking around Woodlawn (some call it Woodlawn Heights) in the dead dog 76-dew point heat on the 4th of July when, instead of  indulging at a Carvel, I treated myself instead to a ride back to Manhattan on Metro-North instead of taking the #2 or the #4. Naturally I look out the window for interesting material and then consult Google Maps when I get home.

That’s what happened here, as East 158th is bridged over the Metro North tracks east of Morris Avenue and a check on Street View revealed an exposed red brick road I haven’t been heretofore aware of! Now, in November 2017 Morris Avenue was being “milled” for repavement and East 158th, and its red bricks, may well have been paved over since.

I should really do a Morris Avenue walk. It’s one of the Bronx’s lengthiest north-south avenues, and is named for a colonial-era founding family that produced a signer of the Declaration of Independence.

I hope I’ll still find the red brick road when I get there.

This is new to me too. So now West 230th and this are the only two red bricked streets I know of.

Check out a category on FNY called CIBBLESTONES.