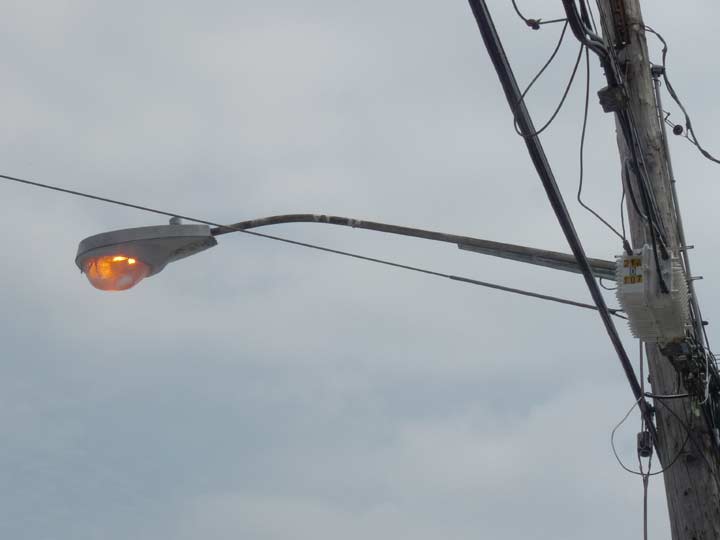 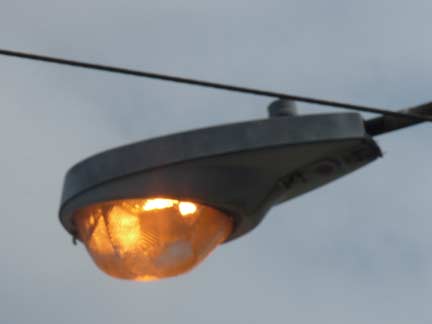 I was surprised to find a remaining ITT Model 25 in Woodlawn during the week. Most 1970s-era lights were purged for new sodium vapor models in 2009, only to be wiped out again beginning in 2014 during the Light Emitting Diode revolution. This dayburner may have been first installed as far back as 1972. For about a decade, from 1970-1980, ITTs combatted with General Electric M400s (the new edition sodiums, with the photocell at the rear) for supremacy on NYC streets. Just this year, most Bronx streetlamps received new Eaton/Cooper Archeon LEDs.

STREETS OF THE LOWER EAST SIDE, PART 2

Surprised that this streetlight still works, even though it’s dayburning…….

Why does this street head seem like such a relic to you guys I live in the Albany New York area and this is all we have up here they’ve just barely begun installing LED Cobra heads.

I know. But in NYC they are so manic about updating lamps and getting rid of nonstandard stuff that it indeed seems rare here.

Mark, Albany NY has the 1000 watt version (X1 if you look underneath it). I believe Thomas and Betts introduced that one in the 2000’s. It’s not the 1970’s original design like the cobra head above. NYC had tons of these and the 1970’s GE, M400 (looks like a spoon. Drive down Western Av. in downtown Albany or Central Av heading towards Colonie and you’ll see them). Surprised those are still working as well. They’re like 50 years old!