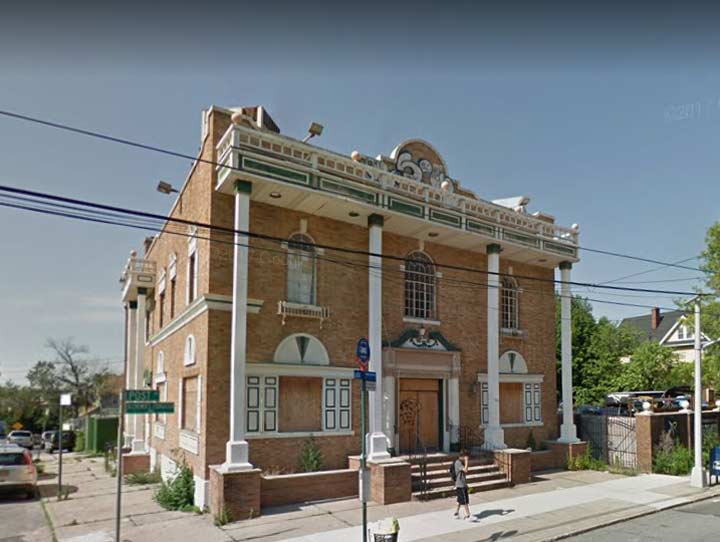 At Post Avenue and Driprock Street in Port Richmond you will find this formerly grand brick structure, with Corinthian columns and arched windows, most of which have had plywood affixed to them. Graffiti mars the brickwork on the pediment.

The building has served many uses over the years. It was constructed as Svea Hall, which served Swedish immigrants and other Scandinavians who found work in the former shipbuilding concerns along Richmond Terrace or loading and unloading imported goods from the Brooklyn waterfront (those without cars could get to Brooklyn via the St. George ferry to Bay Ridge). Though Swedes were outnumbered by the Norwegians among Scandinavian immigrants, they made their mark in Staten Island, from the grand Swedish Home for the Aged in Sunnyside (closed and demolished over a decade ago) and Svea Hall, which afforded financial services and provided news from the old country and provided a place to meet and chat in the old language (Swedes call their country Sverige).

After several decades Svea Hall became a Masonic lodge and in its later years, a center for Staten Island’s Alzheimer’s Foundation. Today, the building awaits other purposes.

It is very nice to finally see a picture of Svea Hall, though naturally it saddens me to see it fall into disuse. My maternal grandmother, Elsa Sandberg, had been very active in Svea Hall and the Swedish Home. I am told she
used to bake bread and cook in large quantities for those who went there. It was a family joke that she was more adept at cooking and baking for 200 than she was for her family of 6. I can only
guess when that was: possibly in the 40s and 50s. I would be delighted to hear from anyone who knows more.