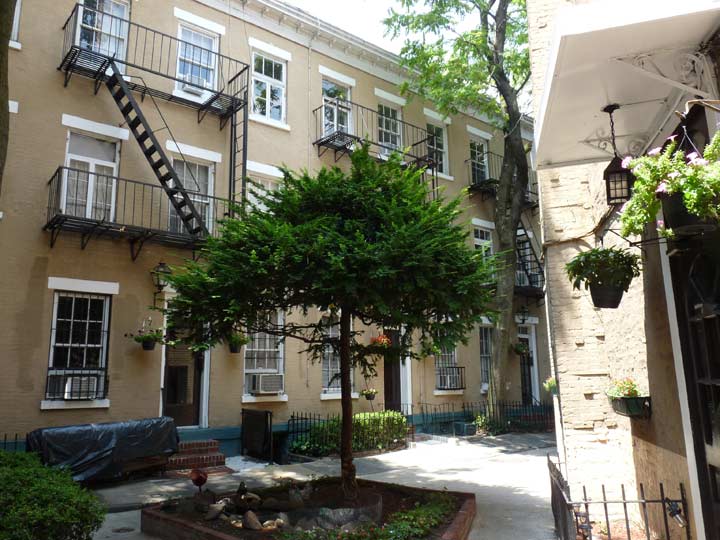 One of the hallmarks of Greenwich Village is that it is filled with odd streets angles and intersections as well as a number of named alleys, Patchin Place, Grove Court, Milligan Place and other obscurer ones. Patchin Place is different from the other two because, while it is gated, the gate is usually open and the public can come in or, in my case, shamble in with a camera and snap away. Though it’s a dead end, Patchin Place does have a roadbed and delivery and emergency vehicles can enter provided someone opens that gate. The others are purely walkways. 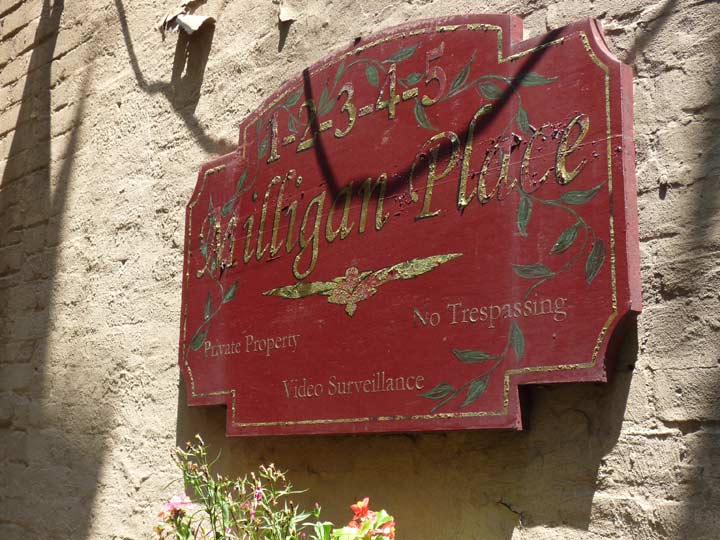 Not so with Grove Court and Milligan Place, shown here. The gates are locked and to get in, you have to live there, or “know a guy what knows a guy” to open the gate for you. Neither is true in my case, so this has ever been the best photo of the place I can get.

Among the former distinguished residents of Milligan Place was the famed playwright Eugene O’Neill.

This Henry Lewis Oppenhimer was the son of Arthur and Faye Oppenheimer; Mr. & Mrs. Oppenheimer had another son with the name of Martin, Martin was born on July26, 1941 Henry was born on July 14, 1946; if I remember correctly they lived in Marroneck (Bronx) New York. At the time that the family lived in Bronx, Arthur was a cab driver…….they moved to Tucson, AZ approximately 1951.