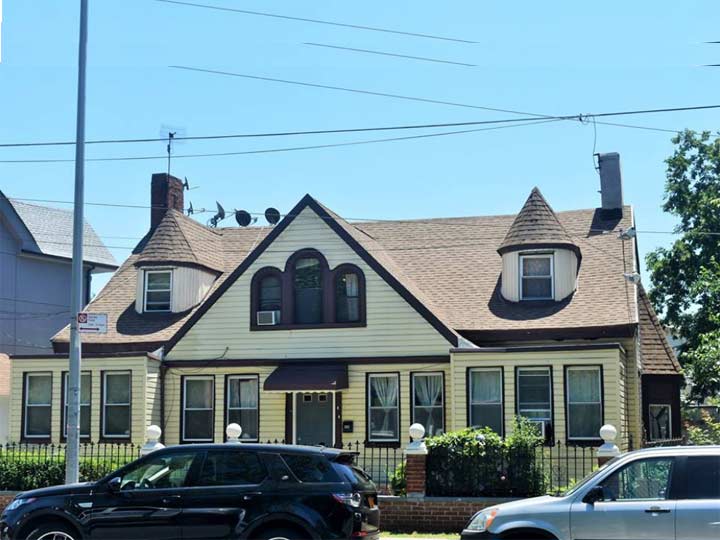 The oldest house on Jamaica Avenue is at #494, between Elton and Linwood Streets. The house was built a short time after 1800 and was located on the farm belonging to Wilhelmus Stoothoff, who acquired the land from Jan Barents Bloom in 1799. After the Civil War the Stoothoff family sold the building to Edward F. Linton, who owned a great deal of property in ENY, selling some of it to the city of Brooklyn which then created Highland Park.

It is one of a handful of remaining colonial or post-colonial homes in Brooklyn. It has undergone a myriad of renovations over the years, the latest of which is this version with aluminum siding.

It faces Highland Park, itself the site of a former colonial-era dwelling. The city of Brooklyn purchased the original parcel in 1856 for the construction of Ridgewood Reservoir.

In 1905, New York City added to the park by purchasing land originally situated on the Schenck family farm, and the final piece was added by 1908 with the purchase of a few acres belonging to the former Department of Water Supply, Gas and Electricity. The old Schenck (pronounced skenk) family farmhouse was disassembled and later reassembled in the Brooklyn Museum, where it can be viewed today.

More likely it is vinyl rather than aluminum siding; ages better and doesn’t dent. Wood is nicer but requires more maintenance.