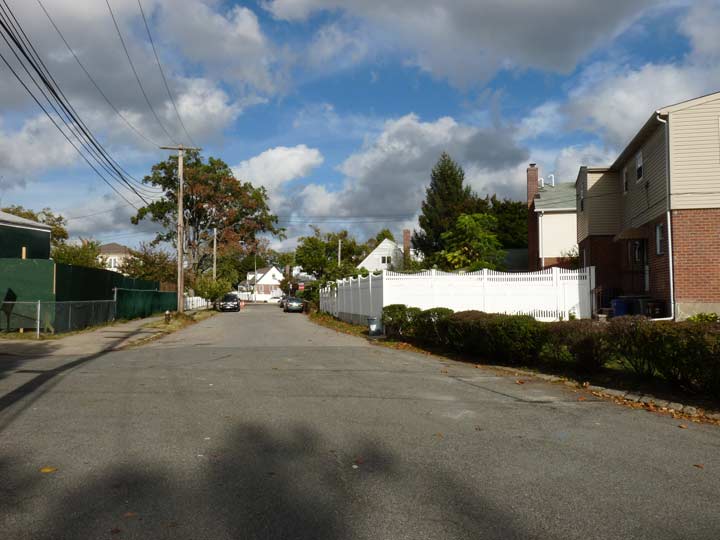 I have written about Weeks Lane before. It meanders through the modern grid on the Fresh Meadows-Bayside border northeast from Hollis Court Boulevard and 53rd Avenue northeast to 47th Avenue and 201st Street. Occasionally it is without a sidewalk, to remind you of its rural beginnings. I have always been fascinated with roads that defy the grid because most of the time, but not all of the time, they signify routes of great antiquity. I won’t get into a lengthy treatise today (see the link above for that) but I thought I would show you Weeks Lane’s Place on an even older map than I had access to before… 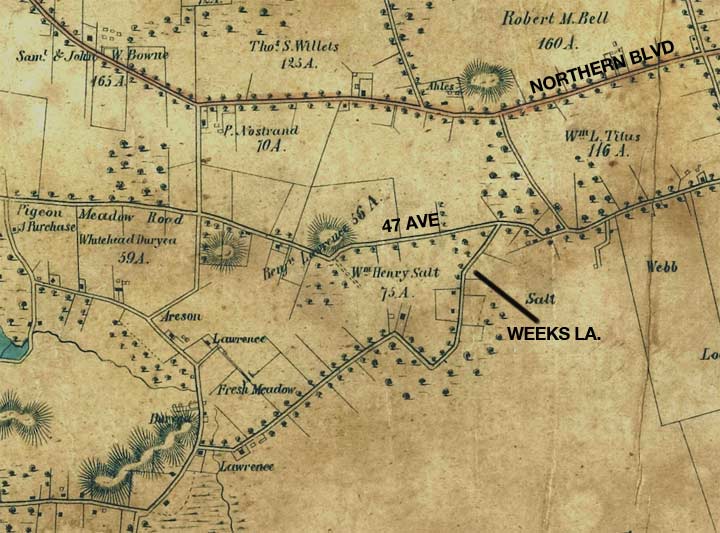 …such as this 1852 map of Queens.  Weeks Lane was named for the Weeks farms in the area then owned by Jacob C. Weeks. However this map predates the Weeks holdings, but the lane still shows up that far back. There are familiar names shown here such as Willets, for which Willets Point at Fort Totten is named, and the Bell family that gave its name to Bell Boulevard.

At the top of the map is Flushing and Bayside Plank Road, later called Broadway and since about 1920, Northern Boulevard.

At this time, Weeks Lane was part of a meandering network of roads, many of which are still on the map. In 1852, its western end was at today’s Fresh Meadow Lane. “Fresh” at this time was used to indicate ‘unsalted’ (Fresh Meadows, Fresh Pond) as opposed to salt meadows.

The western end of Weeks Lane survives as today’s 50th Avenue, no?

I imagine it’s the same Weeks family for which Weeks Woodland in Bayside takes its name?