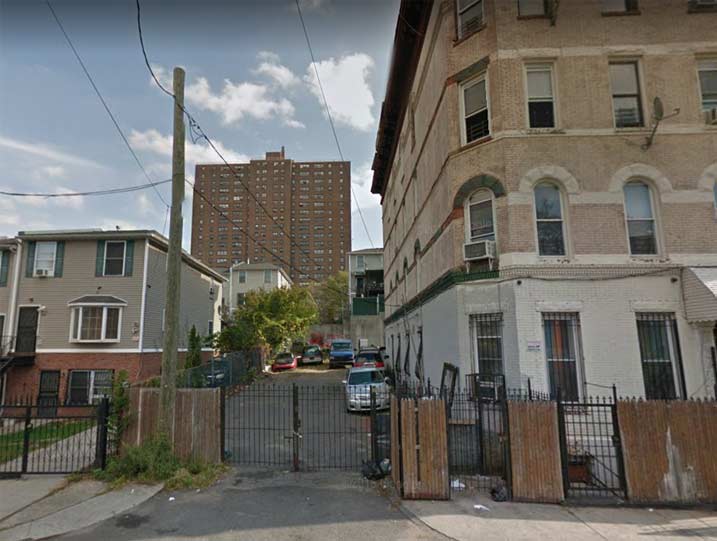 There’s an unmarked dead end on the east side of Eagle Avenue south of Westchester Avenue in Melrose in the Bronx. Though it’s gated off now, it certainly appears as if it could have been a public street at one time and, indeed, Google Maps calls it Terrace Place.

This sent me scurrying to John McNamara’s History in Asphalt, a guide to Bronx street names past and present and indeed, in the “Old Bronx Names” section, Terrace Place is listed as ‘a street that once led up a rocky ledge to a plateau overlooking St. Mary’s Park. It was listed in the 1871 directory as “View Mount,” a wooded estate shared by several fine homes. The rocky elevation was blasted down in the 1950s to serve as the foundation for the St. Mary’s Park Homes. ‘ 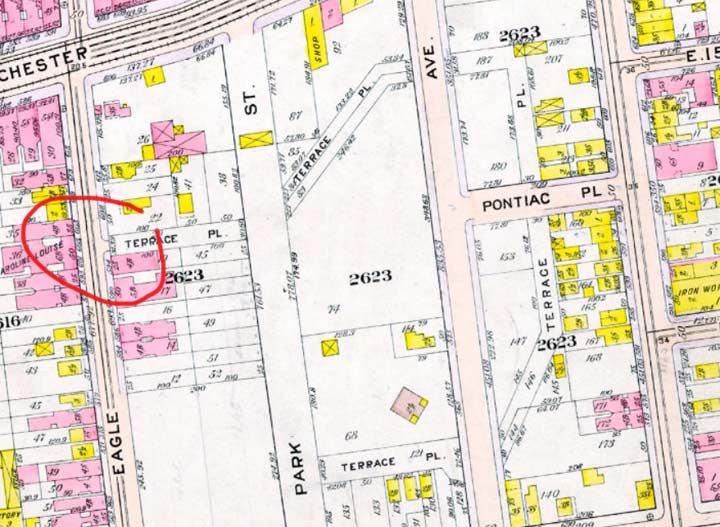 This 1911 map shows Terrace Place heading east from Eagle Avenue, up a hill then turning sharply south east of Trinity Avenue and then west again, to Park Street, now Cauldwell Avenue. It must have went up the rocky outcropping described by McNamara. 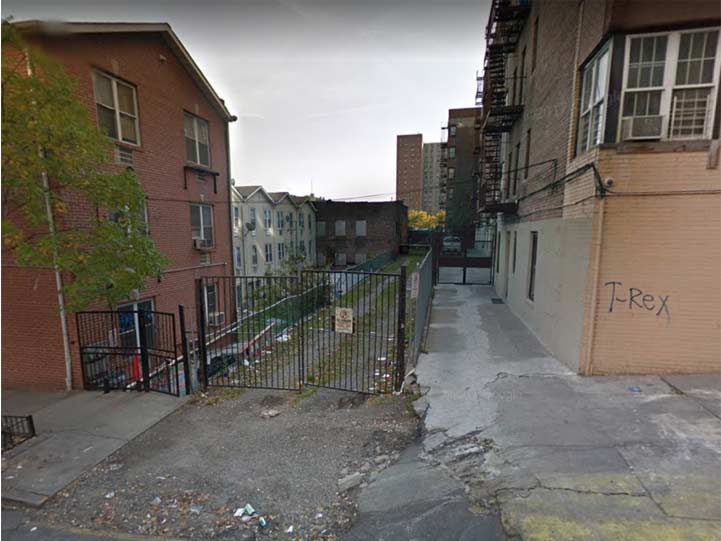 On the 1911 map, Terrace Place is also depicted as running through the one-block Pontiac Place. Sure enough, Street View shows its ghost, as a dirt driveway.

The map on the website OASISNYC.NET shows Terrace Place as a city lot (Block 2623, Lot 21) although the name Terrace Place is printed on the lot. Apparently, Terrace Place was de-mapped at some point and sold by the city. That must have happened over 40 years ago as the property transaction records available on that website show ownership of the lot by various entities dating back to 1979.

Terrace Place has got to rank alongside Avenue Road (Toronto), Street Road (Philadelphia), and Broadway Avenue (Pittsburgh) as one of the least creative street names ever.