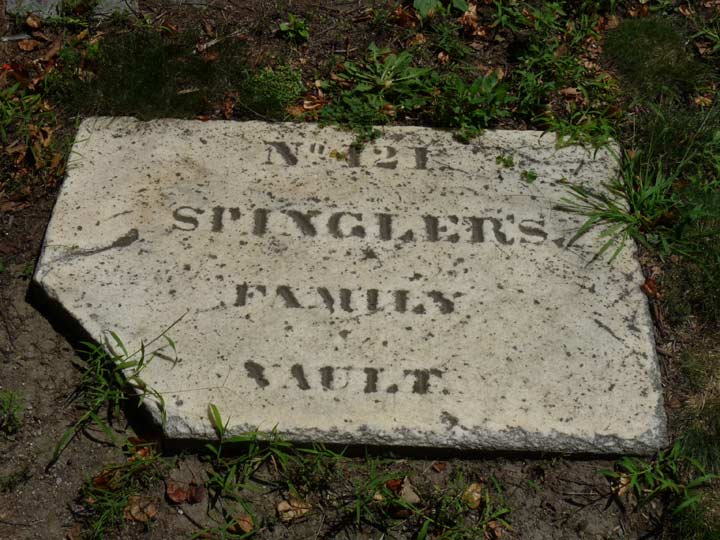 During the recent East Village tour, I misplaced the Spingler vault in the St. Mark’s churchyard, which I wanted to talk about, so here it is now…

The St. Mark’s churchyard is home to a number of other interments beside Peter Stuyvesant and Daniel Tompkins; early NYC mayor and famed diarist Philip Hone is here as well. There are no gravestones in the churchyard, though, as the interments are in vaults indicated by flat markers. I happened upon the Spingler family vault, and research shows that German immigrant C. Henry Spingler (1747-1814) was employed as a butcher and shopkeeper, married three times, and dabbled enthusiastically in real estate, buying and selling properties all over southern Manhattan. Interestingly, his first wife, Jane Sloo Spingler (d. 1790) is buried in the churchyard at St. Paul’s Church, Broadway and Vesey St. 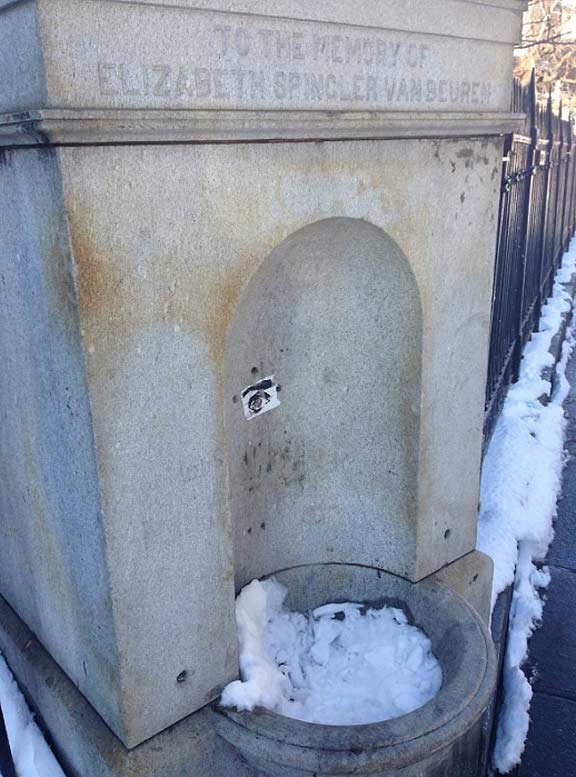 This fountain outside St. Mark’s Church at 2nd Avenue and East 10th Street is dedicated to the memory of Henry’s great-granddaughter Elizabeth Spingler Van Beuren. Elizabeth, who never married, was the last occupant of the former Van Beuren Mansion which stood on East 14th Street near Union Square for over a century. 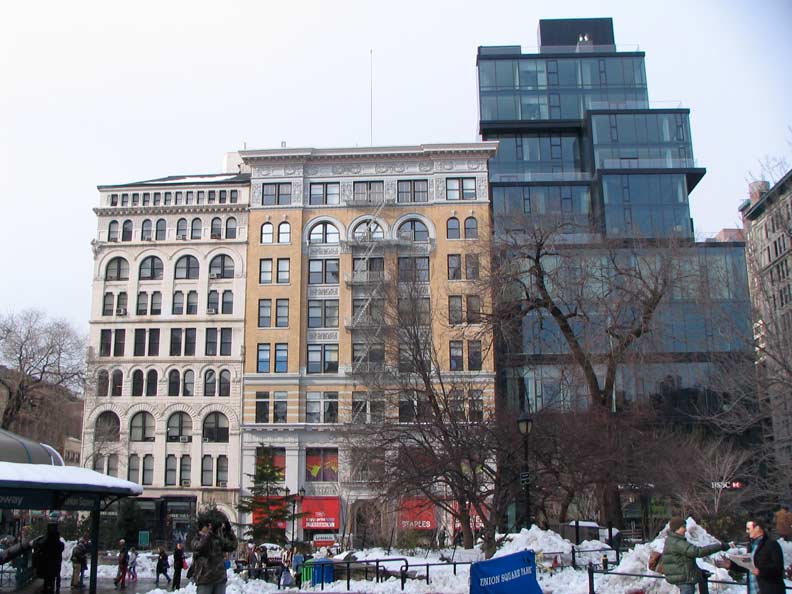 The center building here on Union Square West just north of W. 14th St., now a mixed-use residential and commercial building, bears Spingler’s name. The Spingler Institute for Young Ladies was built here in 1848 on land acquired from C. H. Spingler’s heirs, and after it moved uptown it was succeeded by the Spingler House Hotel in the same building until 1878. Two new buildings, both bearing the Spingler name, were constructed in 1878 and 1896; the first such building burned down in 1891. The otherwise-obscure C. Henry Spingler’s name has been preserved in two disparate parts of town!

NO THANKS FOR CLASSIC NYC LAMPS

Quite a few other famous interments here: Michael Burnham, the first publisher, and William Coleman, the first editor, of the New York Post. Peter Lorillard of the tobacco family. Matilda Hoffman, Washington Irving’s first (and life-long, after she died young), love. And the cracked original marker for A.T. Stewart, whose body was famously stolen, can still be seen.

Hi: I’m a Spingler descendant. Do you have references for “dabbled enthusiastically in real estate, buying and selling properties all over southern Manhattan.”
It’s well known that he bought 22+ acres in and around 14th st. Where were other properties?

Also: Is the vault marker pictured in the St. Marks in the Bowery church yard? I’m not understanding you text. “misplaced”?

My ancestor was a twin who immigrated from London and taught music here before she married. Her and her twin sister worked in the same job: 1 week Mary Ann, 1 week Sarah Jane. This continued for about three years before a Doctor came looking to court Mary Ann. He visited on Sarah’s working week and fell n love. More on this story is at JanelleMolony.com/Rousseau