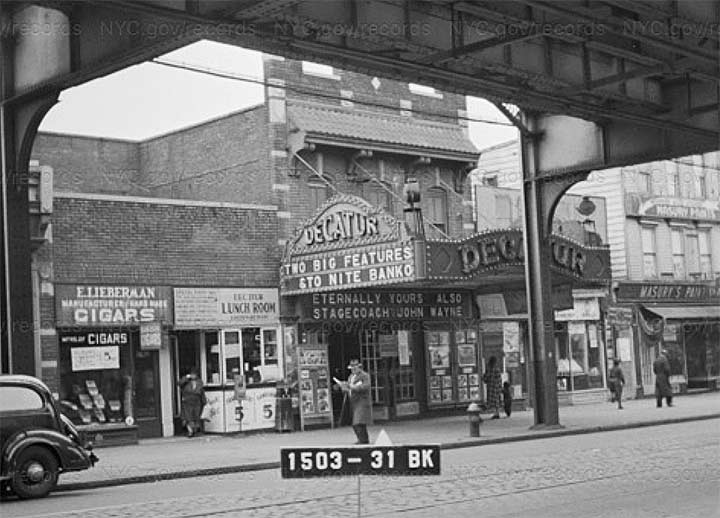 The Decatur Theatre, 1674 (Brooklyn’s) Broadway, just north of Decatur Street, opened in 1914 on the site of a vaudeville house, the People’s Pleasure Palace. I wish they had stuck with that name. It was a small, one-level theater without a balcony. Though it was expanded in 1924, it was demolished in 1951. The building was home to a hardware store for a couple of decades, but the building was finally razed in 2015 to make way for nondescript housing. (NYC tax photo, 1940)

In 1940, John Wayne’s first major feature, Stagecoach, was playing, one of his many team-ups with director John Ford. It was second billed to the Loretta Young-David Niven feature, Eternally Yours. 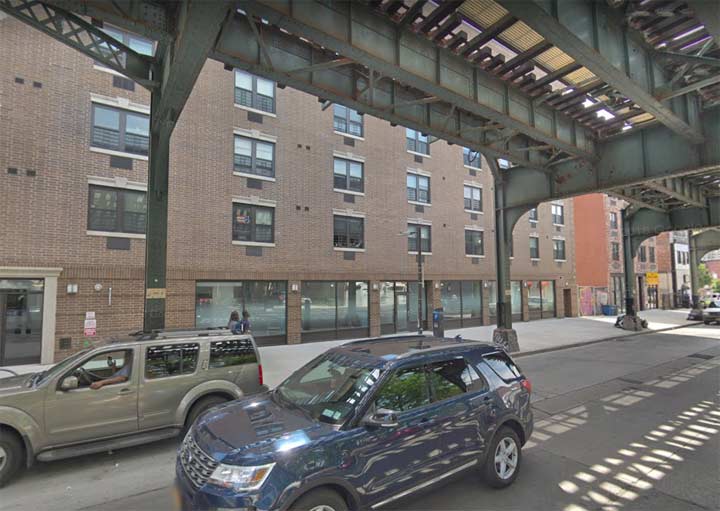 There are still a number of interesting buildings under the el on the long stretch of Broadway, but this is no longer one of those locations. I intend to re-walk the length of the street from Williamsburg to Broadway Junction, which I haven’t attempted in 20 years.