What’s that, now?  The Terminal Moraine is the pile of rocks and soil pushed up by the advancing glaciers of the last ice age.

There are actually two moraines that make up Long Island.  The Ronkonkoma Moraine forms the spine of Long Island and runs from Greenwood Cemetery to Prospect Park to Forest Park and on out through Cunningham and Alley Pond Parks and through Nassau and into Suffolk County.  If you are driving on the Grand Central Parkway between the Clearview and the Cross Island Parkway, look south and you can see the lower elevations of south east Queens.

The Harbor Hill Moraine was a later glacial deposit that firms the north shore of Long Island and intersects the Ronkonkoma Moraine at Lake Success.

Today there stand several points of interest and the Brooklyn Queens Greenway follows much of the ridge. We’ll work our way from the western edge in Brooklyn to the eastern portion in Queens and highlight some points of interest.

The Battle of Long Island, commonly known as the Battle of Brooklyn amongst City dwellers, was the first major battle after the signing of the Declaration of Independence. The stage was set with the revolutionary army taking up multiple positions on high ground in Brooklyn from Gowanus to what is now Cemetery of the Evergreens.  Little did they know that this high ground was the glacial deposits of the Terminal Moraine.

The British began the fighting with a diversionary frontal assault with the main forces attacking from behind.  The result was a decisive victory for the red coats and a retreat to Manhattan by Washington’s army.

Several monuments and markers to the event are placed on or near the Greenway.  Here are their locations. 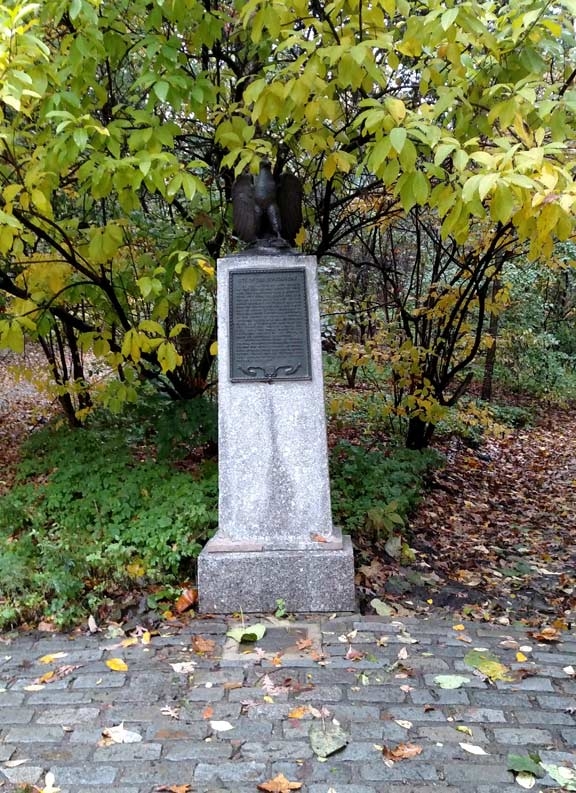 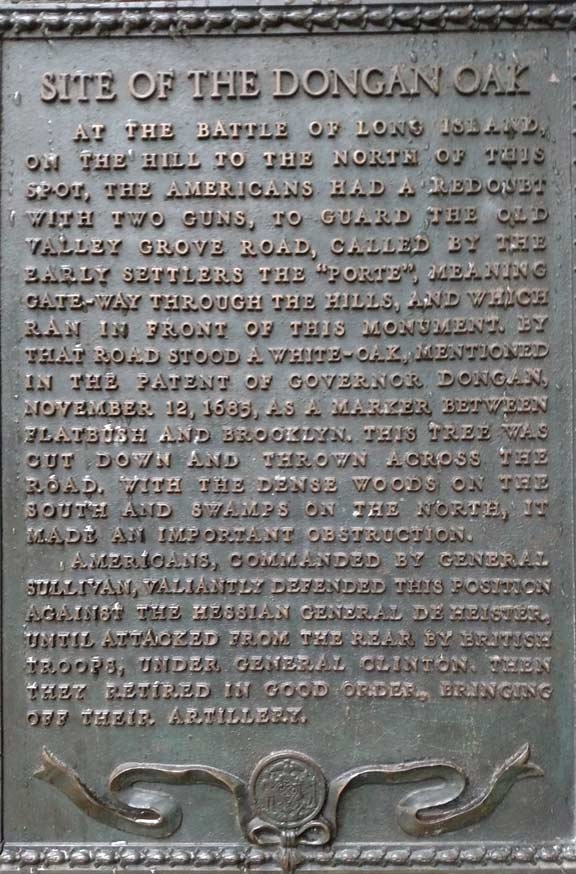 Altar to Liberty in Greenwood Cemetery near 23rd Street and 6th Avenue.

Vechte-Cortelyou House, a.k.a the Old Stone House in Washington Park, 3rd Street between 4th and 5th Avenues (not in its original location) is a reconstruction of the original building where the Maryland Militia of 400 put up a valiant stand but lost 256 men.

Rockaway Footpath, (can you picture it?) just inside Cemetery of the Evergreens’ entrance on Bushwick Avenue.

There is an interesting account in the Juniper Park Civic Association magazine of how a local tavern owner was forced by General Howe to lead the British troops up the Rockaway Footpath to ambush the American troops.  As it turned out, there were only a handful of sentries at this location. 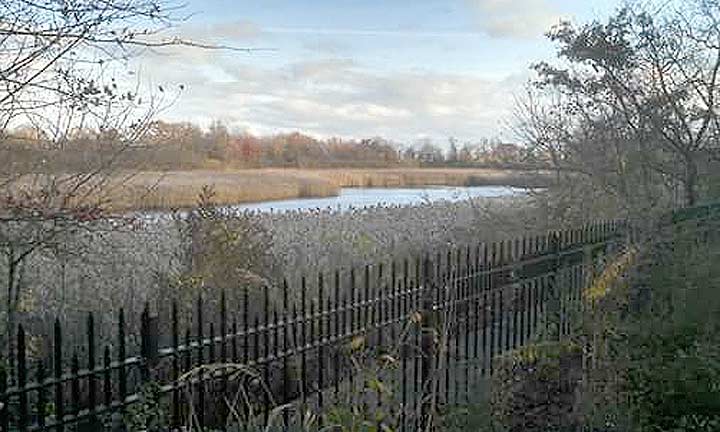 As we jump across to Bushwick, we turn up Highland Boulevard from Bushwick Avenue, we encounter the former Ridgewood Reservoir (now a park) where the City of Brooklyn had constructed three basins between 1856 and 1858 to collect water and feed the towns below by gravity. 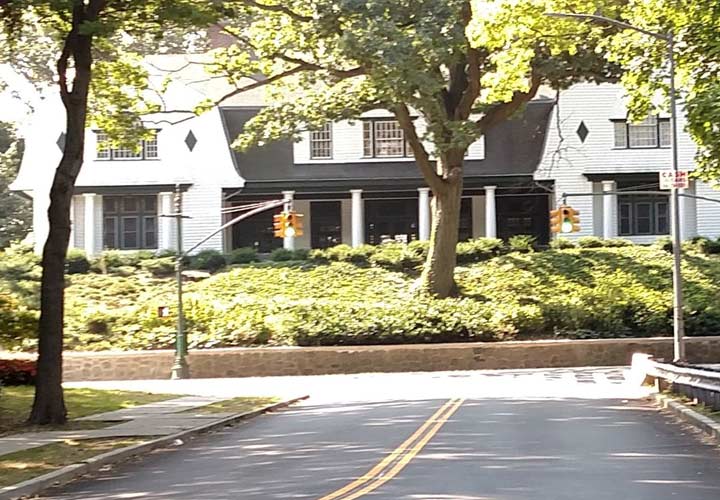 As we travel farther east, to Forest Park Golf Course, we come up to a little known scenic location. Oak Ridge, originally the Golf Course Club House is now a Parks Administration Building. A scramble hike uphill from the former model airplane field upwards and parallel to the edge of Cypress Hills Cemetery will lead the intrepid explorer to a scenic vista that ranges from Kennedy Airport to Rockaway to Gil Hodges Bridge to Verrazzano Bridge and the entire southern tier of Brooklyn.

Past Woodhaven Boulevard and the heavily wooded area of Forest Park, we come to the unused portion of the Rockaway Branch of the Long Island Railroad. Perhaps this will become an official rail to trail someday. 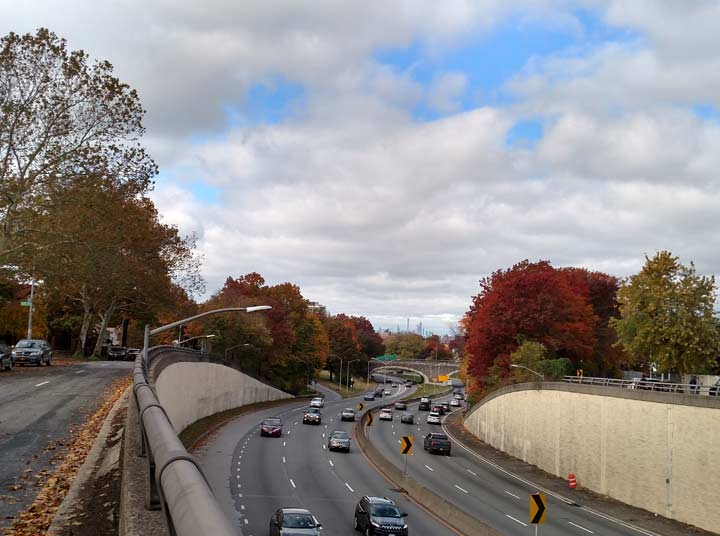 As we exit Forest Park at the Overlook, we come to a deep ravine. Union Turnpike will take you on this down and up, past the Queens Borough Hall, past the south end of Flushing Meadow Park and upward toward Main Street. The Grand Central Parkway parallels the Ronkonkoma Moraine and leads us to Cunningham and Alley Pond Parks and intersects the former Vanderbilt Motor Parkway just to the west of Winchester Boulevard. Francis Lewis Boulevard and Springfield Boulevard allow the pedestrian to experience the elevation changes between Union Turnpike and Hillside Avenue. 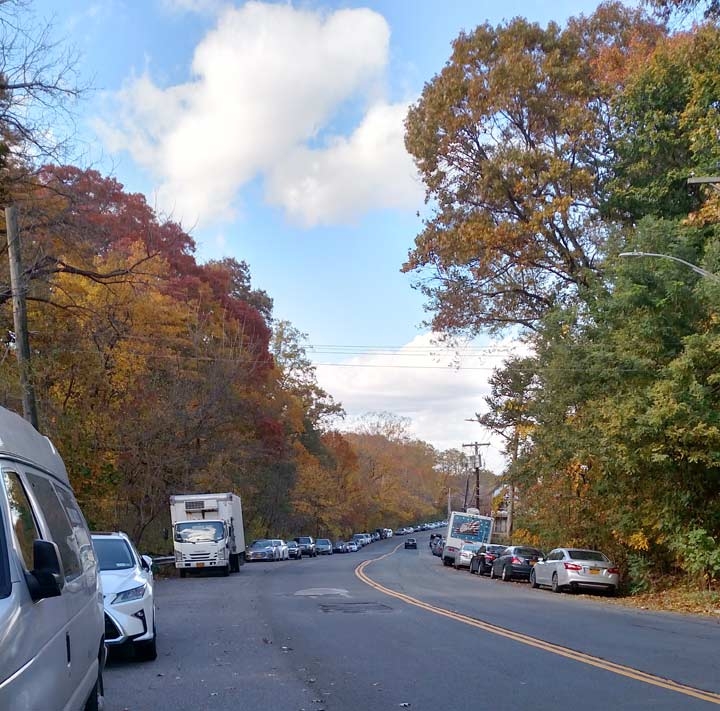 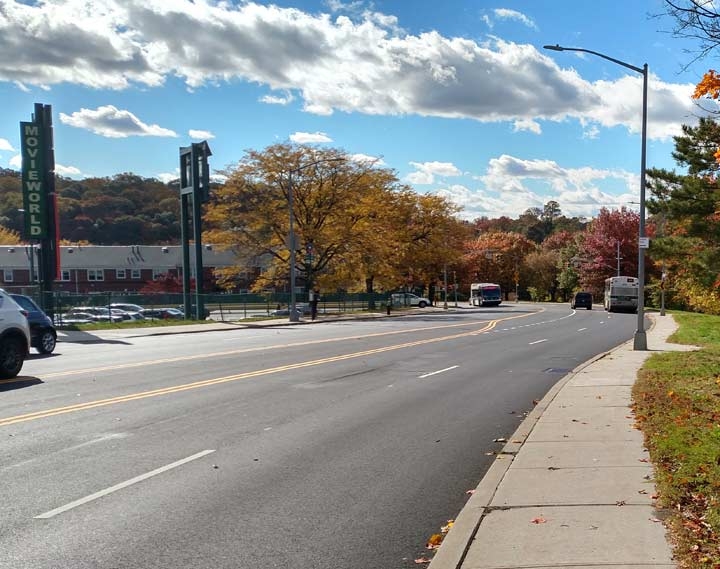 If you’ve ever tried to bike or jog along Douglaston Parkway, you’ve felt the burn of two drastic ups and downs. This two and a half mile stretch of land between the Ronkonkoma Moraine and the Harbor Hill Moraine is clearly a good hill climbing training venue for either bikers or runners. Begin at the end of the Motor Parkway trail at Winchester Boulevard and Union Turnpike. Proceed north on Winchester Boulevard and note the name change to Douglaston Parkway. The top of the Ronkonkoma Moraine at this point just past the Grand Central Parkway overpass. Begin your downhill past the Immaculate Conception Center and turn right at the bottom. Proceed back up past the Douglaston Mall and arrive at the peak of the Harbor Hill Moraine just past the Long Island Expressway. Begin another coast downwards past Northern Boulevard to the Long Island Railroad Station at Douglaston. 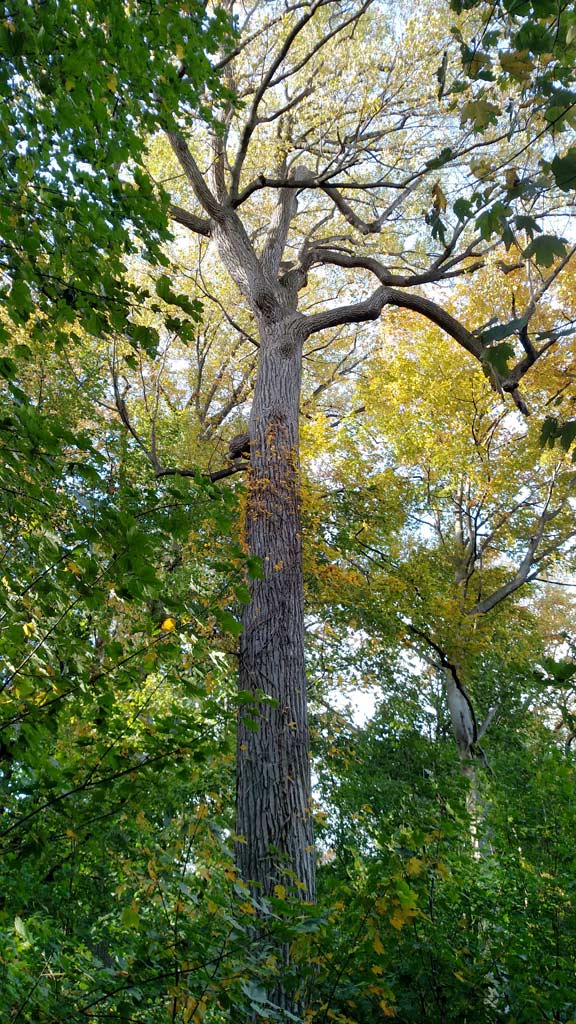 The Moraine boasts a resident aged estimated between 350 and 450 years and stands 133 feet tall. The tulip poplar tree known as the Queens Giant is located in Alley Pond Park near to where the Long Island Expressway crosses the Cross Island Parkway. There is no signage but the tree is protected by a fence and accessible through paved paths.

This whirlwind tour is more than a hike and measures over 22 miles in length! More than a long day, it’s literally a marathon!

Patrick O’Connor is a lifelong resident of Queens and is a subway and infrastructure enthusiast. He received a Bachelor’s Degree in Mechanical Engineering from the school formerly known as Polytechnic Institute of New York and is a Professional Engineer. He is also a Licensed New York City Sightseeing Guide who will go anywhere legally accessible to get a great view.

Before Juniper Valley Park in Queens there was Juniper Swamp that was a kettle pond. Kettles are created where retreating glaciers calve large blocks of ice and where ice-dammed lakes are suddenly drained. Juniper Swamp was known for peat, some of which was mined for use along NYC’s roads. Peat often forms in alkaline kettle ponds.