I feel like a holiday weekend off to rest, so I’ll employ some unused photos from my last trip to Wave Hill on Independence Avenue in Riverdale, Bronx, which happened in October 2020 in near-perfect weather. I have the pictures in a photo gallery, so you know the drill, simply click on any image to get a larger version.

The Wave Hill Center for Environmental Studies was founded by conservationist George Walbridge Perkins, who bought the 28-acre estate in the early 20th Century. Over the years its mansion has been rented to Theodore Roosevelt’s family (Teddy was 12), Mark Twain, William Makepeace Thackeray and conductor Arturo Toscanini. The Perkins family gave Wave Hill to New York City as a gift in 1960. Don’t be fooled by its ponderous name; it is a true urban getaway and New York City’s best exploitation of the marvelous New Jersey Palisades across the river. I first visited in 1988 and have been returning off and on since then.

Wave Hill is surprisingly difficult to approach by car or on foot. Only one street, West 249th, makes it through from the Henry Hudson Parkway all the way to the front gate at Independence Avenue, and the curving street is often choked with vehicles and walkers alike making their way there in all months of the year.

ForgottenTour #11 back in 2003 had a memorable day at Wave Hill but I’m reluctant to bring another tour back because of the extra charge.

The gardens’ centerpiece is the imposing mansion, also known as Wave Hill, built in 1844 from locally quarried stone for William Lewis Morris. One of its large, sun-drenched rooms was an armor hall built by zoologist/historian Bradford Dean, curator of armament exhibits at the Metropolitan Museum and also of reptiles and fishes at the American Museum of Natural History in the early 1900s. Don’t miss the mural by designer/author Maria Kalman depicting the grounds in the Perkins Visitors Center; art exhibits are a Wave Hill staple.

The adjacent Georgian Revival Glyndor House was constructed by the Perkins family after the original Glyndor was struck by lightning in 1926.

You will be tempted to spend most of your time strolling the grounds: the flower garden with year-round exhibits; the Italian pergola facing the Hudson, draped with every possible flora you can think of…even cacti; the aquatic garden, with its lilies and lotus; the 10-acre woodlands; the greenhouses and palm houses with their collections of tropical plants; the rock garden with its multitudes of small, brilliantly-colored blooms; and herb and wildflower gardens.

Wave Hill is open to the public 6 days a week (except Monday) and is free on Tuesday. For information, check www.wavehill.org.

If the Wave Hill visit hasn’t taken up the entire day you may want to wander up Independence Avenue to West 252nd Street, then turn left and wander down twisting, turning Sycamore Avenue to take a look at the landmarked Stonehurst at 5225, built in 1858 for importer William Cromwell and sold in 1859 to paint manufacturer Robert Colgate. The house looks like its name, with gray stone construction. 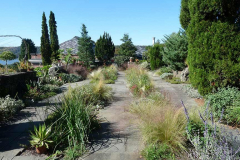 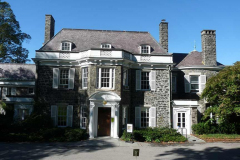 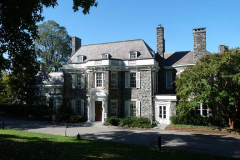 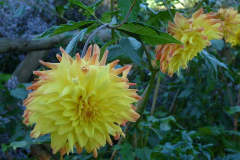 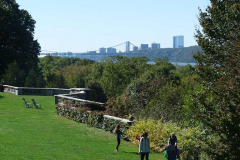 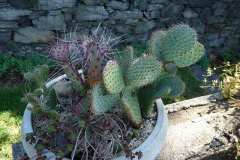 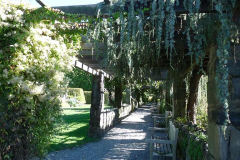 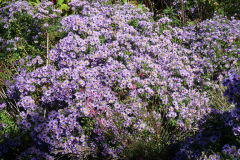 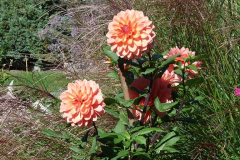 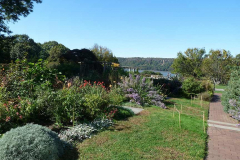 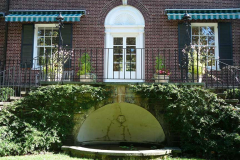 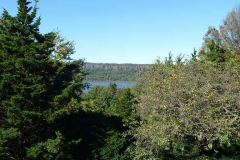 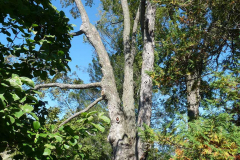 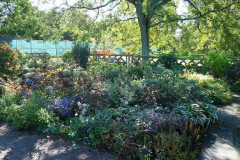 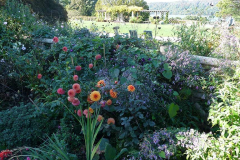 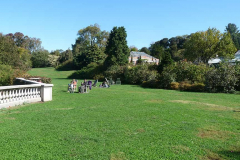 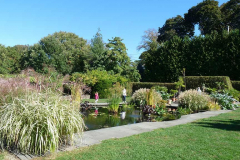 THAT THING ON AVENUE U

Wave Hill bears a striking similarity to the Boyce Thompson Arboretum in Superior, AZ. The lowest common denominator is the elevation of both.