The rural aspect of Staten Island, so much apparent before the construction of the Verrazano Bridge in 1964, has been gradually stamped out by construction of cookie-cutter housing and suburban sprawl that has only accelerated in recent years.

But the seekers of quiet country lanes and out-of the way places still have some retreats they can seek out before the developers take full control. We’ll look at a couple of them on this page. 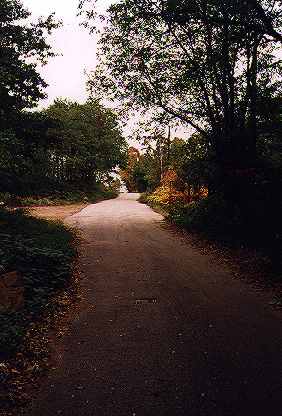 At left we see Crabtree Avenue in 1999, west of Bloomingdale Road. When you first turn into Crabtree Avenue, it looks like many of the streets in the developing Woodrow section, with construction of new housing and sidewalks.

Continue down the road, however, and it turns into a country lane. You come upon an old shack or two awaiting demolition, and you pass an old cemetery. Soon, it looks like a country lane from Anywhere, USA.

Crabtree Avenue, though, has its own story to tell. The intersection of Crabtree Avenue and Bloomingdale Road was once the center of a community named Sandy Ground.

Joseph Mitchell, in his collection of stories written for theNew Yorker called Up In The Old Hotel (Vintage, 1992), has an article called “Mr. Hunter’s Grave” in which the caretaker of nearby St. Lukes’ Cemetery tells him about Sandy Ground:

“It’s a relic of the old Staten Island oyster-planting business. It was founded back before the Civil War by some free Negroes (sic) who came up here from the Eastern Shore of Maryland to work on the Staten Island oyster beds, and it used to be a flourishing community, a garden spot. Most of the people who live here now are decendants of the original free-Negro families, and most of them are related to each other by blood or marriage. Quite a few live in houses that were built by their grandfathers or great-grandfathers. On the outskirts of Sandy Ground, there’s a dirt lane running off Bloomingdale Road that’s called Crabtree Avenue, and down near the end of this lane is an old cemetery. It covers an acre and a half, maybe two acres, and it’s owned by the African Methodist Church in Sandy Ground, and the Sandy Ground families have been burying in it for a hundred years … they haven’t cleaned it off for years and years, and it’s choked with weeds and scrub. Most of the gravestones are hidden. It’s surrounded by woods and old fields, and you can’t always tell where the cemetery ends and the woods and fields begin…”

In the many years since that article was written, that cemetery has been restored, and today is well-kept. 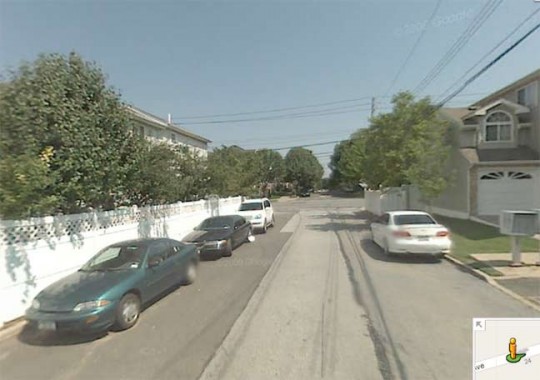 2012: the split personality of Crabtree Avenue remains. The section near Bloomingdale is quietly suburban… 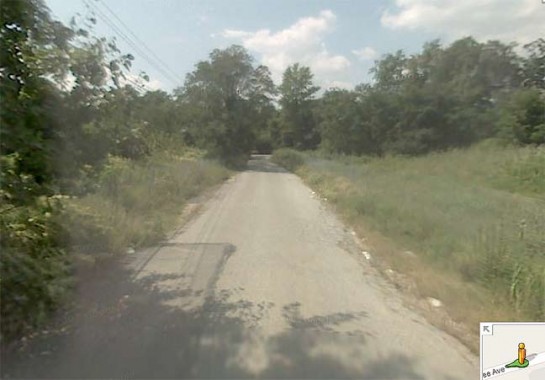 …past the cemetery, though, it’s a country road. 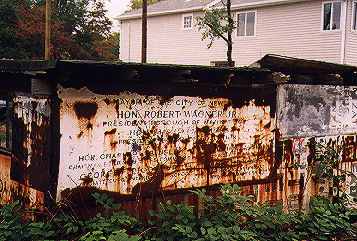 Crabtree Avenue has a tributary called Harris Lane and it was there in late 1998 that I spotted this shed sporting the name of Mayor Robert Wagner, who was in office from 1953 till Jan. 1st, 1966, and several of his commissioners, whose names were unreadable. I wish I had saved a bigger photo of this. 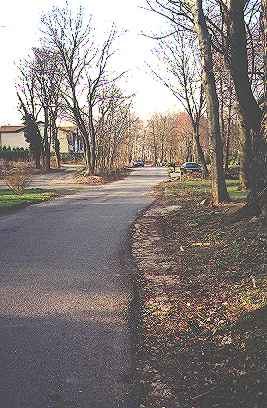 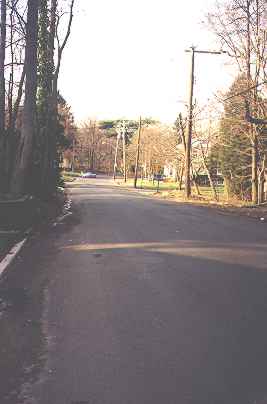 When I stumbled on Peterson’s Lane off Amboy Road in Pleasant Plains in 1998, it presented a double whammy: a rural, country lane atmosphere, and the preservation of an ancient 1963-vintage yellow street sign. 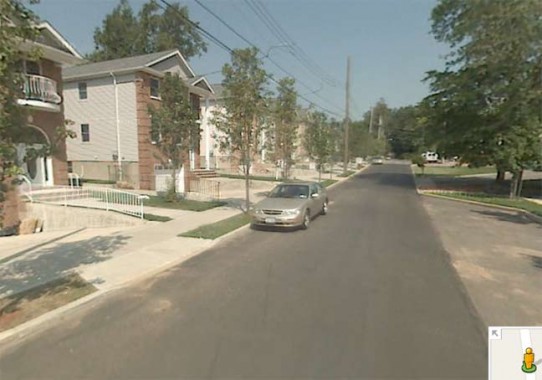 In 2012 Peterson’s Lane presents a different face to the world. It’s still a dead end but it’s now built up with suburban tract homes on both sides. 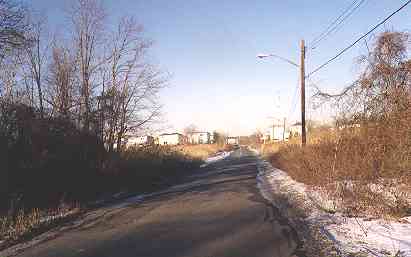 In 1998 I found Olympia Boulevard, in the slowly developing Midland Beach area, is the only through street in this swampy area, which comprises blocks of wilderness interspersed with one and two family homes. We are looking toward Slater Boulevard from Graham Boulevard. 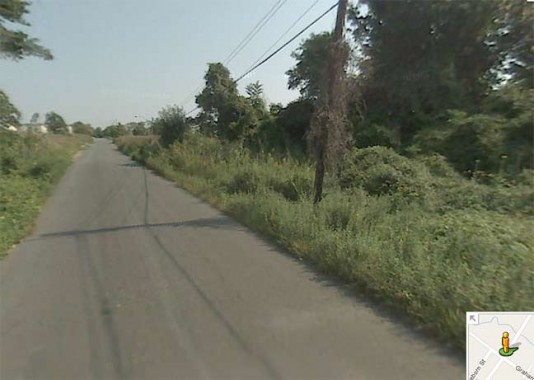 14 years later, in 2012, nothing much has changed on Olympia Boulevard. 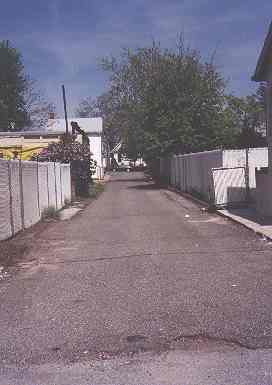 Kaltenmeier Lane, between Anderson Street and Tilson Place in quiet Rosebank, Staten Island, is tied with nearby Shaughnessy Lane as the longest-named street in the neighborhood. 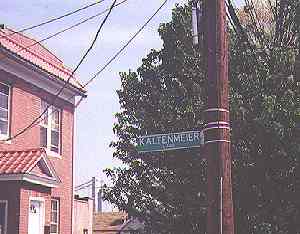 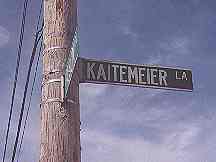 It’s so obscure that the Department of Transportation can’t settle on a spelling. The first one is correct. 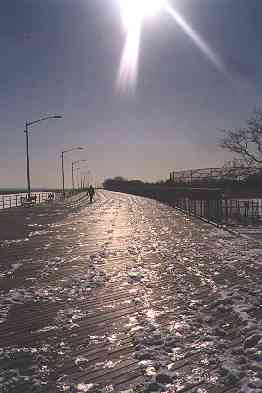 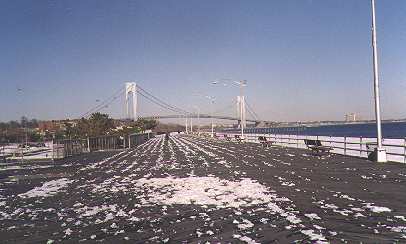 Not, strictly speaking, a “back road”, but as desolate as any other back road in the winter, is the Franklin D. Roosevelt South Beach Boardwalk. This is one of the forgotten boardwalks of the city, nowhere near as famous as the Riegelmann (Coney Island) or Orchard Beach or Riis park boardwalks.