This bridge, on Carroll Street spanning the Gowanus Canal, was built in 1889 by the Brooklyn Department of City Works (when Brooklyn was a city) and is one of two retractile bridges left in New York, and one of four left in the United States (another can be found on Borden Avenue crossing Dutch Kills in Hunters Point, Queens). A retractile bridge slides along a track to allow the bridge to move and ships to pass.

The Carroll Street Bridge was featured in a hilarious sequence in the 1985 movie Heaven Help Us, starring Andrew McCarthy and Donald Sutherland… 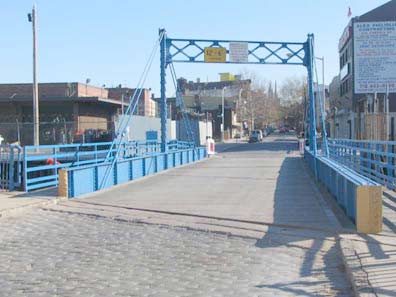 Carroll Street retains its Belgian blocks on either side of the bridge.

The gates close when the bridge is in an open position. 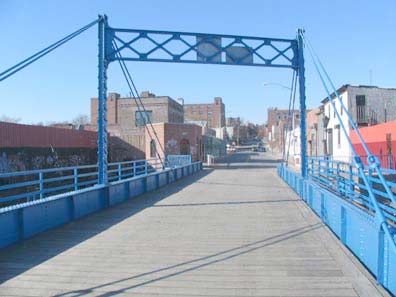 A look at the other side of the bridge. 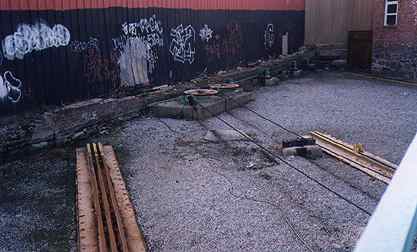 This view shows the retractile mechanism. The bridge slides open to a perpendicular angle in the middle of the Gowanus Canal until shipping has passed and it slides back again to close. 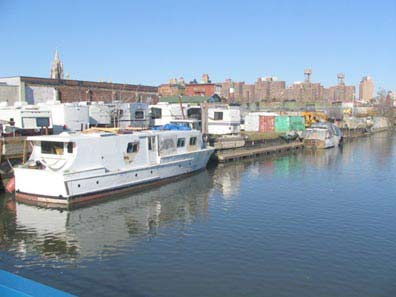 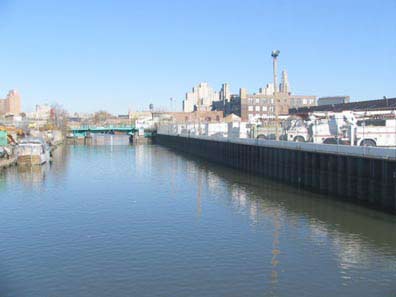 A view from the bridge of the Gowanus Canal. 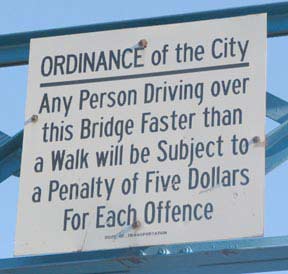 The Department of Transportation has playfully posted the original rules for crossing the bridge.

Judging from the traffic I saw on the bridge the day these pictures were taken, I doubt that regulation has been enforced for quite some time.

The nerdy girl in the back seat is Yeardley Smith-she is the voice of Lisa Simpson.

I chaperoned a class trip to that bridge. 50 2nd graders stayed on the sidewalk while the it opened and closed.

How was the bridge powered originally. I suspect they used steam engines, but a friend suggested mules. Is there any time when locals can watch the bridge open? Thanks.

It’s my favorite bridge in New York. I used to bike over it regularly.